The Mississippi State Penitentiary, also known by many as Parchman Farms, housed its first inmates in 1903. In its early years, the prison functioned as a plantation in the cotton industry profiting off of the labor of its inmates. The inmates range from minimum class level offenders to men sitting on death row for murder. The prison, for much of its history, has been a host of great mistreatments of its inmates until, in 1971, a group of inmates brought forth a case against the prison. The prison was forced to restructure its rehabilitation process. Thi marker shares the connection between the prison and the tradition of blues music as many blues songs were created and recorded by inmates of Parchman Farm. 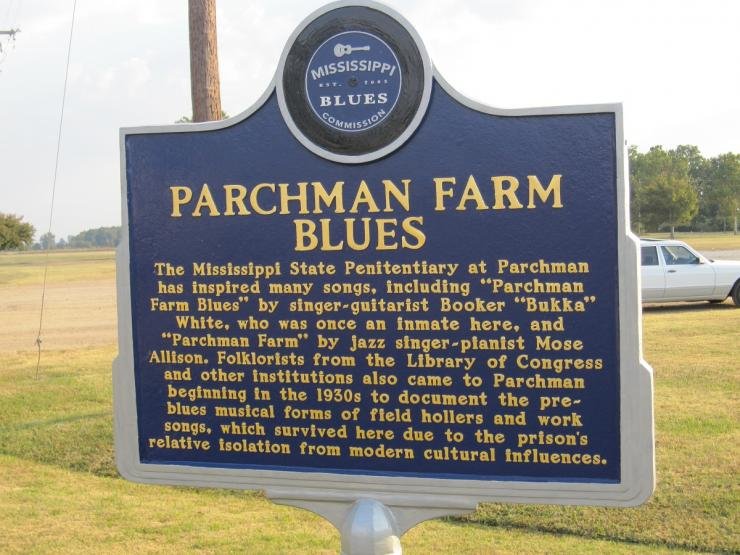 In association with the Mississippi Blues Trail, some of the most popular songs by local Mississippi blues performers were written and recorded inside of the Mississippi State Penitentiary facility. The mistreatment that these prisoners endured is often the subject of lyrics. With the help of local folk music enthusiasts, some prisoners were able to record their music, making this prison an epicenter of blues history in Mississippi.