This historical marker designates the home of Blues musician David "Honey Boy" Edwards. Edwards was born in Shaw in 1915 and learned how to play the guitar from his father at an early age. Edwards later recorded blues albums for the Sun and Chess labels. In 1938, Edwards worked with Robert Johnson and attended Johnson's final performance in Greenwood. Edwards has worked and performed with many other blues artist throughout his life, and is considered as one of the most influential musicians in the Delta. As recognition of his historic role in the development of the Mississippi Blues, the Library of Congress later asked Edwards to record samples and help them curate their collections 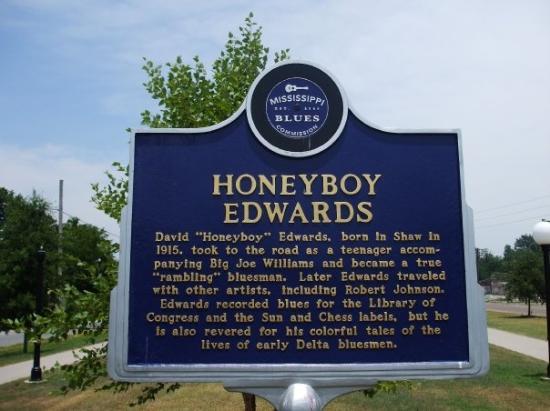