Construction of the John Harris-Simon Cameron Mansion began sometime around 1766 under the oversight of John Harris Jr., son of the founder of Harrisburg. The initially modest home was expanded over the subsequent decades by Abraham Lincoln’s former Secretary of War, Simon Cameron, among other owners of the home. The property passed through various owners until it was donated to the Historical Society of Dauphin County in 1941. It now serves as a period house museum and research library. The mansion was added to the National Register of Historic Places in 1973, designated a National Historic Landmark in 1976 and is also a contributing property within the larger Harrisburg Historic District.

A head-on view of the Harris-Cameron Mansion, the beginnings of which date back to 1766. 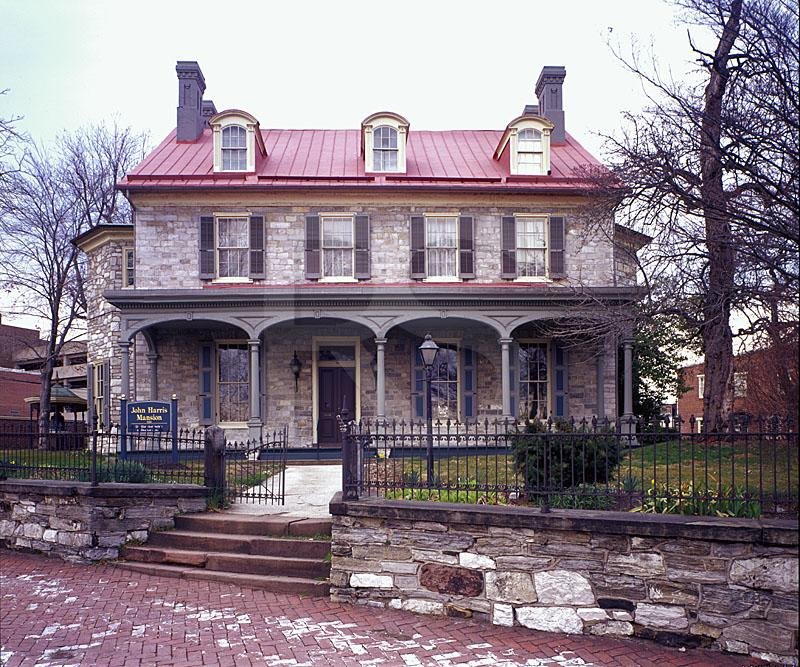 The rear wing of the mansion that was added during the first half of the 19th century. 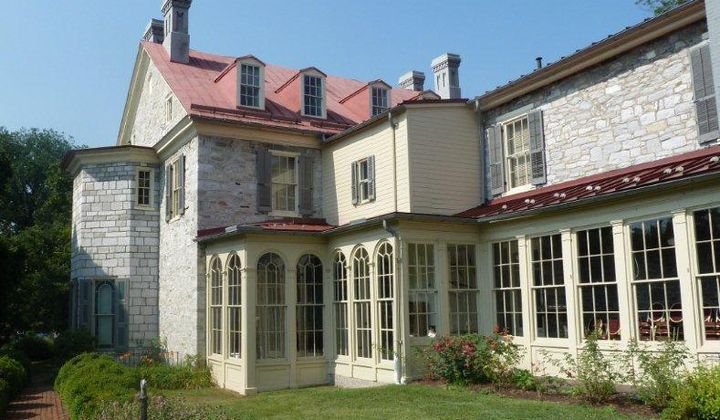 The main parlor within the mansion. 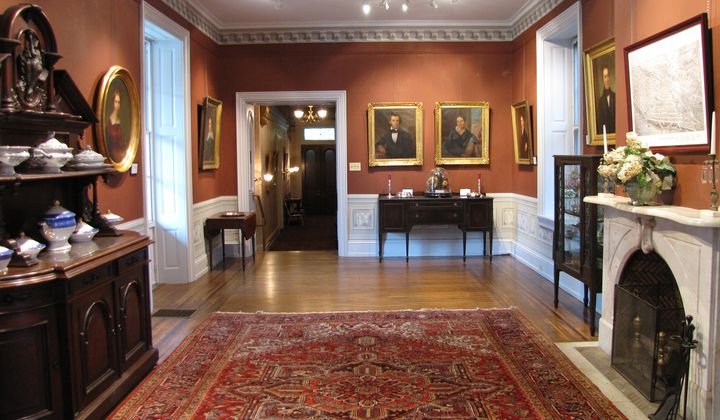 A period actor ready to answer your questions about John Harris, Simon Cameron and the home they lived in. 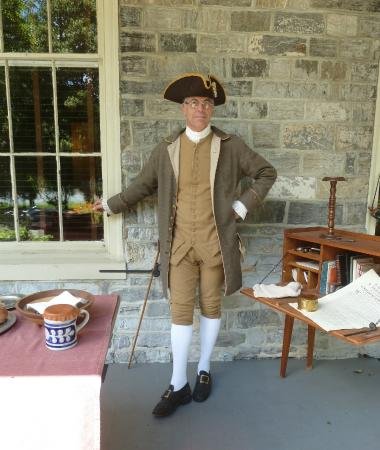 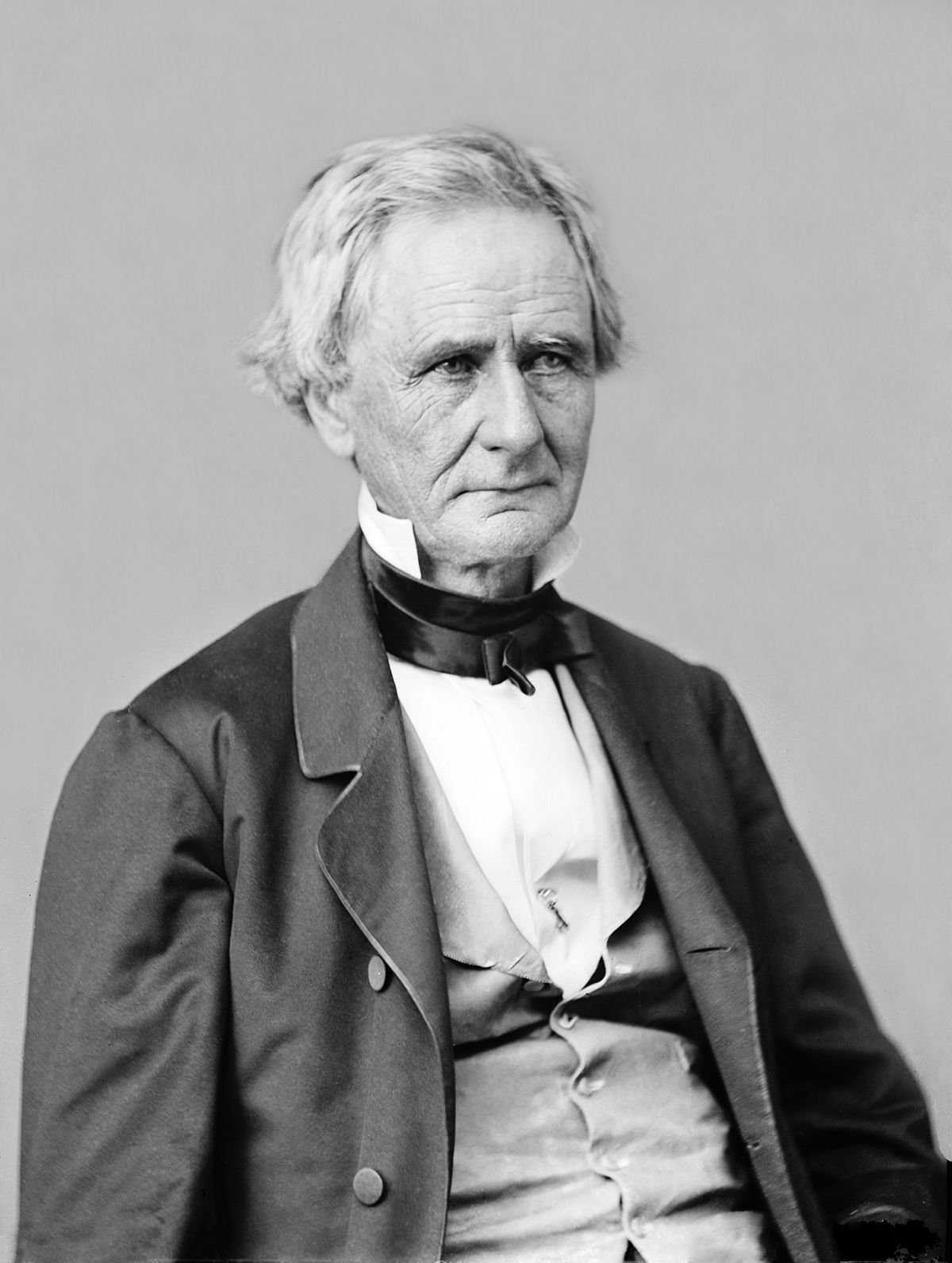 John Harris Sr. arrived in the area now known as Harrisburg in the early 1700s after receiving a land grant from the Penn family and with instructions to develop amicable relations with the local Native Americans.  He built a log cabin and trading post on the banks of the Susquehanna River and later a ferry on the river below.  John Sr. died in 1748 and is buried across the street from the large house that now occupies the land where his log cabin once stood.  After his death, John Jr. inherited his businesses and decided to build a more solid structure on his father’s land after the French and Indian War around 1766.   What he began has since become the extensive John Harris-Simon Cameron Mansion.

John Jr. died in 1791, and the land passed to his sons, first David and then Robert in 1805 who lived in the house with his family until 1835.  It was then purchased by a local attorney named Thomas Elder.  The rear wing of the home was added during the time, sometime before 1840.  The Elders lived in the expanded house until Thomas’ death in 1853, and it was then sold to Reverend Beverly Waugh who used the home as an all-female college.  However, the college was unable to survive Waugh’s death and the beginning of the Civil War, both of which occurred in 1861.  The home was then purchased by a former member of the college’s board of directors, Simon Cameron.

Cameron made his fortune in canals, the railroad, and banking and became a U.S. senator from Pennsylvania in 1845 and served until 1849 and then again from 1857-1861.  He then served as President Lincoln’s first Secretary of War for less than a year, resigning the position while mired in political scandal.  He went on to serve as Minister to Russia for a year and then returned to the U.S. Senate from 1867-1877.  He died in 1889 and is buried in Harrisburg.

As for his home, Cameron transformed it into a Victorian Italianate mansion, adding a solarium, butler’s pantry, and grand staircase, among other things.  It was while traveling through Europe as Minister to Russia that he gathered design ideas and furniture for his home, to include two 14-foot tall pier mirrors from France which forced him to lower the first floor of the house by three feet to accommodate their height.  The house then passed to his daughter Margarette in 1889 and then her son, Richard, in 1915.  It was Richard who added the West Alcove.  Richard died in 1933, and the home was then cared for by his sister, Elizabeth Wright, who then donated it to the historical society in 1941 who turned it into their headquarters and a period museum.