Gothic Revival style, the church was built in 1873 and became the first Protestant Episcopal Church in San Luis Obispo County. Dr. W.W. Hays founded the church in 1867, the land was bought for 10 dollars, and the building built for 3,000. It is still an active church today and has had many renovations and add-ons the last century and a half. 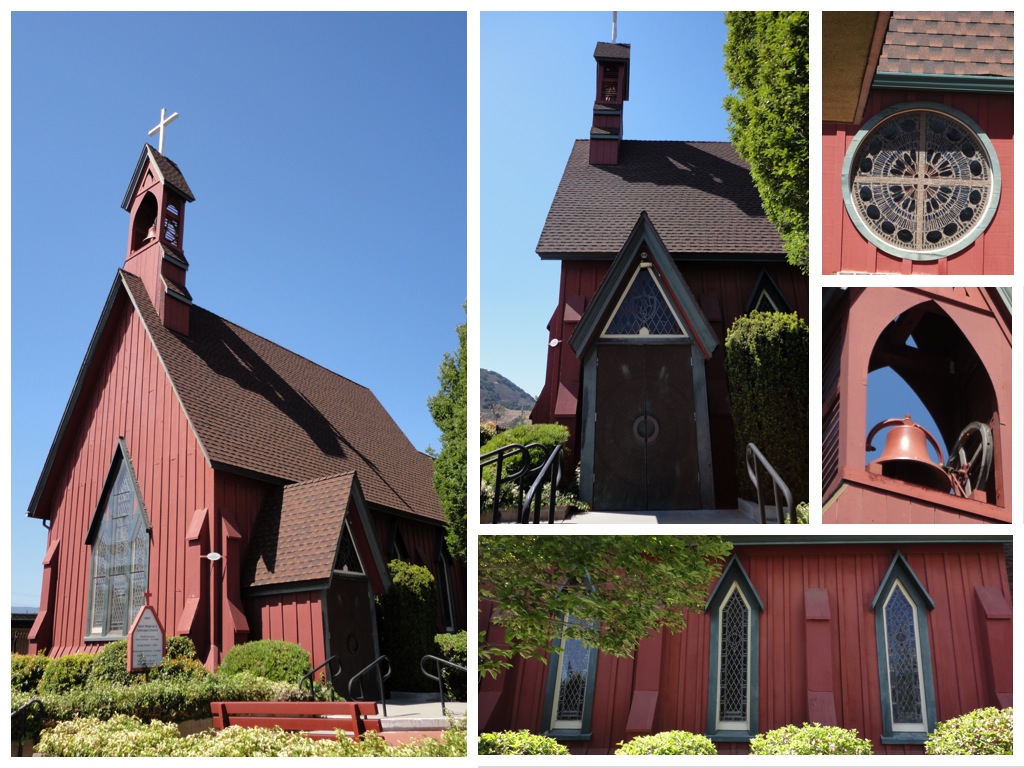 St. Stephens Episcopal church was the first Protestant church to organize in San Luis Obispo.  Dr. W.W. Hays founded the church in 1867.  During this period of organization Sunday school classes were held in the living room of W.W. Hays adobe on 642 Monterey Street.

A meeting was held on August 18, 1867 to organize the church.  Reverend   C.M. Hoge was sent by Bishop William Ingraham Kip to oversee the process.  The vestry was elected with Dr. Hayes as senior warden.  The first formal service was held at the Odd Fellows Hall on July 28, 1872.  It was conducted by Reverend Hobart Chetwood who was stationed in San Diego but made the trip when the congregation was without clergy.

In April 1873 Dr. Hays and M. Henderson were appointed to the building committee.  The property on the northwest corner of Pismo and Nipomo Streets was purchased for $10 in hand paid gold coin.  The building was completed at a cost of $3000 and then consecrated on June 13, 1875 by Bishop Kip.

Over the years there have been many changes made to St. Stephens. Many improvements were made in the 1920s including enlarging the sanctuary itself.  In 1932 the chancel was rebuilt at the bequest of Benjamin Brooks.  The pipe organ was donated in 1935 by William Randolph Hearst in memory of his mother Phoebe Apperson.  In 1950 an extensive construction and renovation project was completed by the Maino Construction Company.  On January 26, 1970 a fire destroyed part of the church.  The church was rebuilt with the help of architect John Stuart and the Bunnell Construction Company.