This historic home is significant for its association with its designer, architect William A. Rayfield, and its first owner, Dr. Arthur M. Brown. Brown was one of Birmingham's first African American physicians and Rayfield was one of Alabama's first African American architects. The Craftsman style home was constructed around 1908 for Dr. Brown and has remained in excellent condition. Listed on the National Register of Historic Places, the home is currently the location of the Birmingham Art Club and A. M. Brown Memorial Community Center. 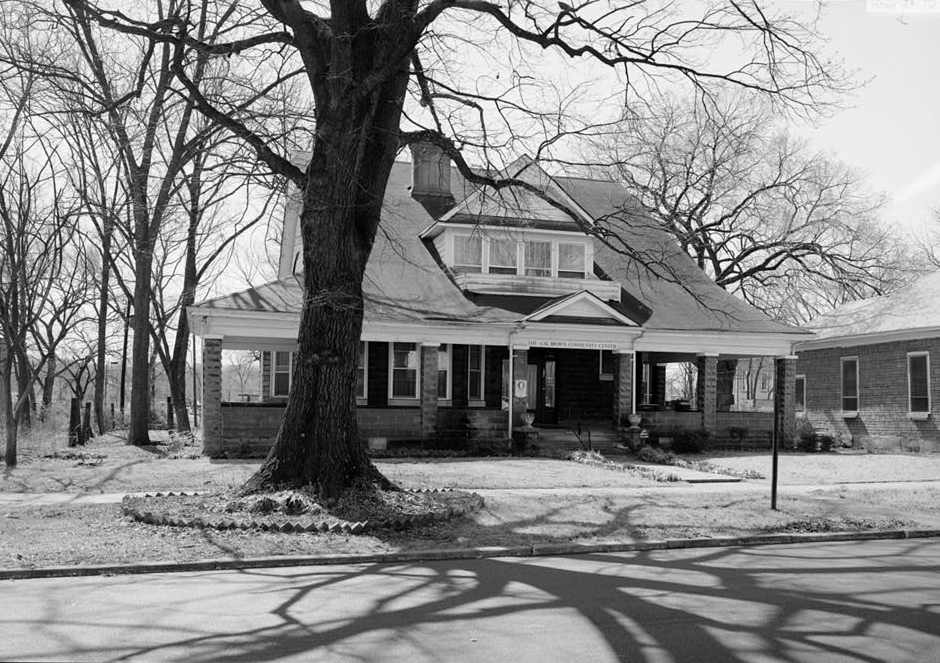 Arthur M. Brown was born in Raleigh North Carolina in 1867. He attended Lincoln University in Pennsylvania then obtained his medical degree in 1891 from Michigan University, where he specialized in ophthalmology. He also received his Alabama medical license that year. He first practiced in Bessmer before settling in Birmingham. His accomplishments include helping establish the Children's Home Hospital—which was for a long time the only place where African American doctors could practice—and served as president of the National Medical Association, a national organization for Black doctors. He also served as a surgeon in the Spanish-American War in 1898. Brown passed away in 1939 but the home remained in the family until 1972, when his son Walter donated it to the Birmingham Art Club.

William A. Rayfield arrived in Birmingham in 1907, after having worked at the Tuskegee Institute. He designed several homes in Birmingham, but his specialty was churches.