The Macombs Dam Bridge was constructed in 1895 over the Harlem River on 155 Street to connect Manhattan to the Bronx. The bridge replaced two older bridges, which were built before it, one in 1814 and the other in 1861. The bridge gets its name from Robert Macomb, who needed to connect the land he purchased in the Bronx to a grist mill he built in Manhattan. Macomb was responsible for funding the construction of the first bridge in 1814. 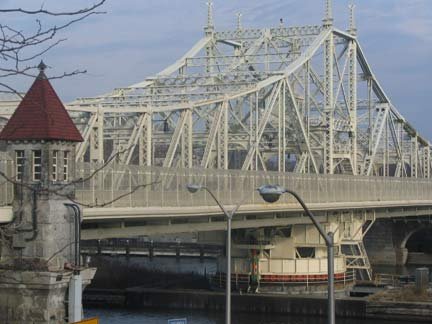 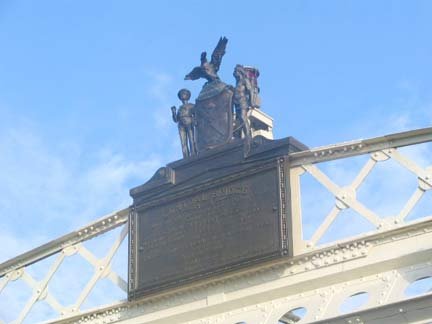 Robert Macomb was born to Alexander Macomb, a wealthy merchant who made his fortune in New York and Detroit. Alexander eventually lost his fortune after going bankrupt in 1791. Nonetheless, his son, Robert, graduated from Columbia College in 1802, where he earned his law degree. After serving as Lieutenant Colonel in the War of 1812 and then on the Court of General Sessions at New York, Robert called on the state of New York to allow him to erect a dam across the Harlem River to connect his land in the Bronx and a grist mill in Manhattan. Robert was granted permission to build the dam, and it was completed in 1814. Robert was allowed to charge a toll for using the bridge, but part of the money had to be donated to the poor.

The original dam did now last, however, as fellow New Yorkers saw it as a nuisance. For one, it flooded out the meadows located upstream, but it also hindered boat navigation down the river. In 1839, a ship carrying coal decided to break through the dam, which was legal according to law because the bridge hindered navigation. Still in need of a bridge over the Harlem River, the City of New York and Westchester County decided to fund a new bridge that was completed in 1861. The new bridge was a swing bridge made partially of wood. Over time, the wood rotted in the bridge and repairs were common throughout the nineteenth century until the bridge was finally torn down in 1892.

As the bridge from 1861 was being torn down, a new bridge, which would be toll-free, was constructed in its place. The contract for the bridge was given to the Passaic Rolling Mill Company, and the chief engineer was Alfred P. Boller. The bridge was designed as a swing bridge, featuring a draw span of 412 feet. It allows two lanes of traffic to pass at a time and includes a sidewalk on both sides. The bridge was officially opened in 1895, and it was given the name Macombs Dam Bridge in 1902. This bridge still stands today.