The Yolo County Courthouse was built in 1917 and the building’s exterior is unchanged from that time. It replaced an earlier courthouse which was built in 1864 and used until it was condemned in 1911. The current structure is listed on the National Register of Historic Places. 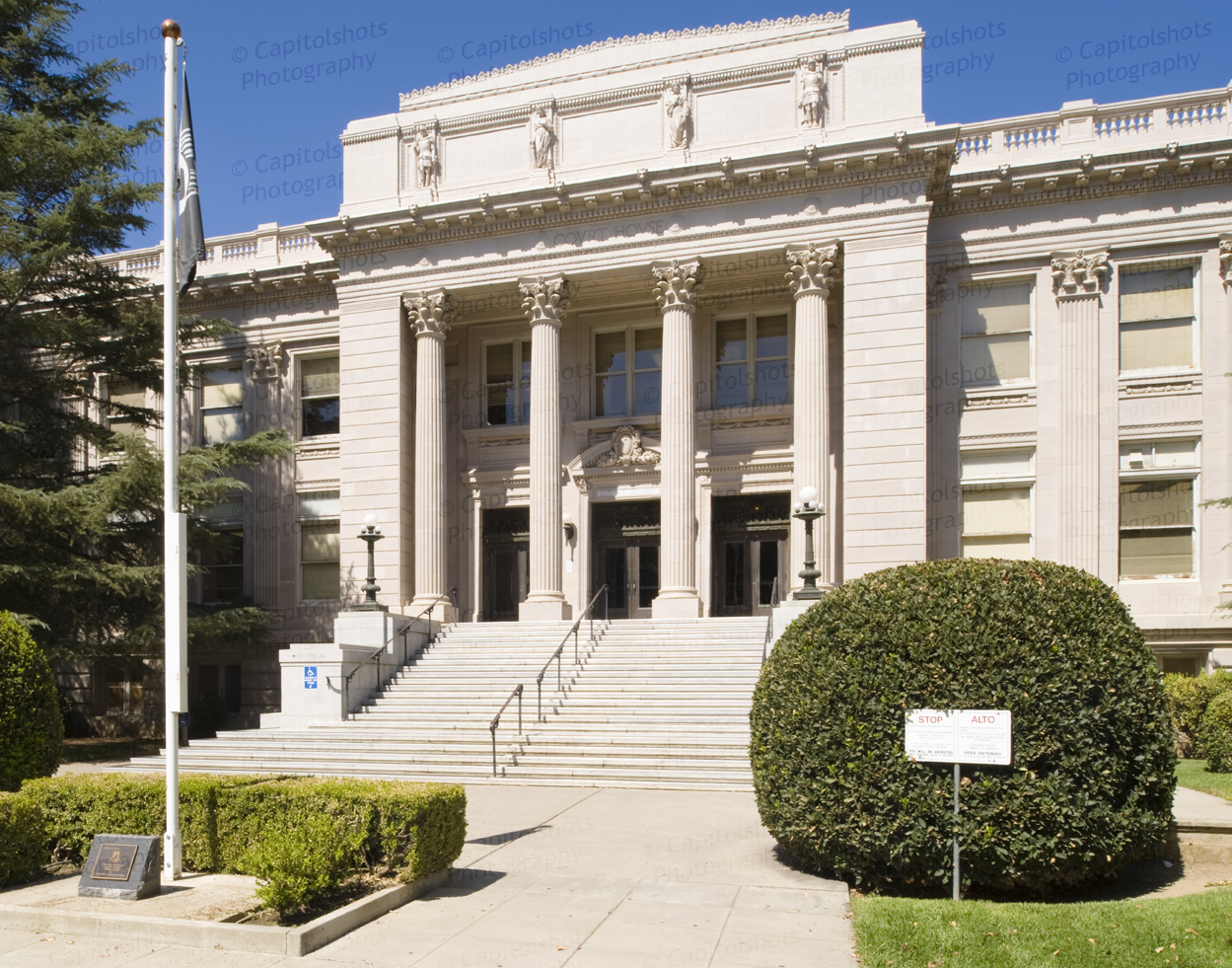 The original Yolo County Courthouse was built in 1864, and both the cost and the length of its construction were greater than planned. The building was damaged by three earthquakes between 1892 and 1906, and the building was condemned in 1911 and demolished in 1916.

The new courthouse was designed by William Henry Weeks, who was responsible for several buildings in Woodland, including the Hotel Woodland and the Woodland Public Library. The building, which combines Greek, Roman, and Renaissance architectural styles,  was completed in 1917.

The building was remodeled in the 1980s and was added to the National Register of Historic Places in 1986. A new courthouse was built in 2015 to accommodate the growing needs of the Yolo County and as of this writing, it is uncertain how the 1917 courthouse will be used.