The Virginia Samford Theatre has been one of Birmingham's most cherished theater venues for decades. Built in 1927, it was originally called The Little Theater and provided a space where the community could put on theater productions and hold various other cultural activities. It continues this tradition today, providing a location for arts education and performances, as well as space for community groups and non-profit organizations. Weddings, private meetings, receptions and other gatherings also take place here.

The Virginia Sam Theatre originally opened in 1927 as the The Little Theatre. 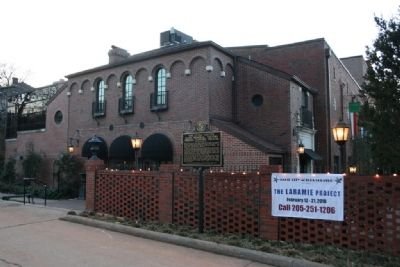 The theater was built in large part General Louis V. Clark, who lead the efforts to fund the building's construction. The theater eventually earned a very good reputation nationwide (in 1940 a New York City newspaper said it was one of the best small theaters in the country) and many actors who performed here went on to Broadway and Hollywood. Unfortunately, WWII forced the theater to close. It reopened in 1950 when a group from the University of Alabama-Birmingham (UAB) created a theater company called Town and Gown Theatre. In 1955, the C. Powell Noland family bought the theater and donated it to UAB. They had it renamed after General Clark, who was Mrs. Noland's father. In 1999, UAB announced it was closing the theater. To save the building, the Metropolitan Arts Council bought and restored it; it reopened in 2002 under its current name, in honor of Virginia Samford Donovan, who donated the money to the Council to buy the theatre.