Though there has been a Varsity Theatre in Davis since 1921, but the current Varsity dates back to 1950. It was designed by William B. David, who designed several theaters in California. It functioned as a movie theater for most of the twentieth century, until the 1990s, when it was purchased by the city of Davis for use as a community theater. More recently, the Varsity has reopened as an art house cinema. 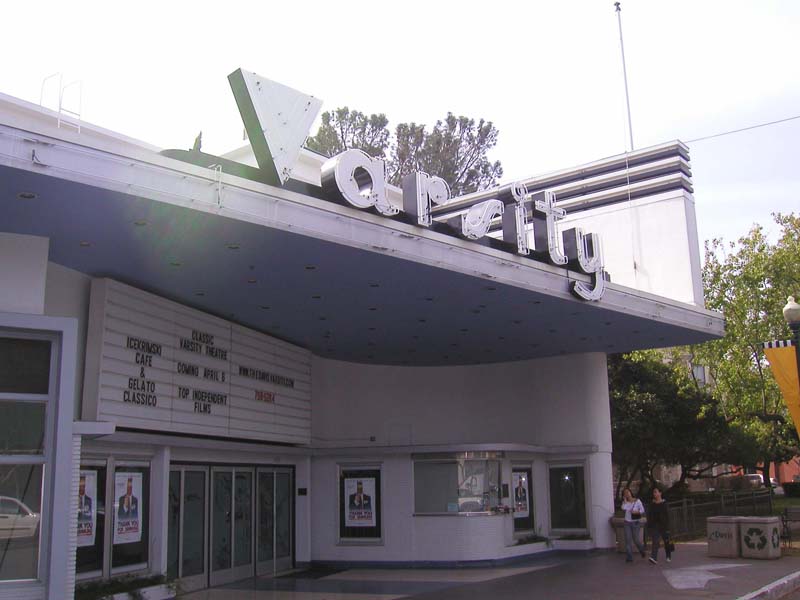 The current Varsity Theatre was built in 1950. It was built in the Streamline Moderne style by architect William B. David, who designed several other theaters in the state. The interior of the theater was adorned with Art Deco-style murals of agricultural scenes. by San Francisco designer Gale Santocono.

In 1992, the Varsity stopped showing films and from that time to 2006, it served as a community theater. The Varsity was purchased by the city of Davis and functioned primarily as a venue for live performances with occasional movies. In 2006, the Varsity underwent another transformation, this time to an art house cinema.