This memorial honors Joseph Helton, a First Lieutenant in the U.S. Air Force who volunteered to join his unit in Iraq. Helton passed away after his vehicle struck an improvised explosive device (IED) in Iraq on September 8. 2009. The Milton, Florida native was a member of the 6th Security Forces quadron at MacDill Air Force Base. On January 31. 2017, Helton was honored with a statue of him titled, “In Defense of Freedom” located next to the 6th SF Squadron. On the back of the statue are the names of 13 other SF members that have died since the start of the wars in Afghanistan and Iraq. The monument was made possible by a donation from retired colonel and former instructor Dennis Keegan, who developed a close relationship with Helton while he was teaching at the Air Force Academy. 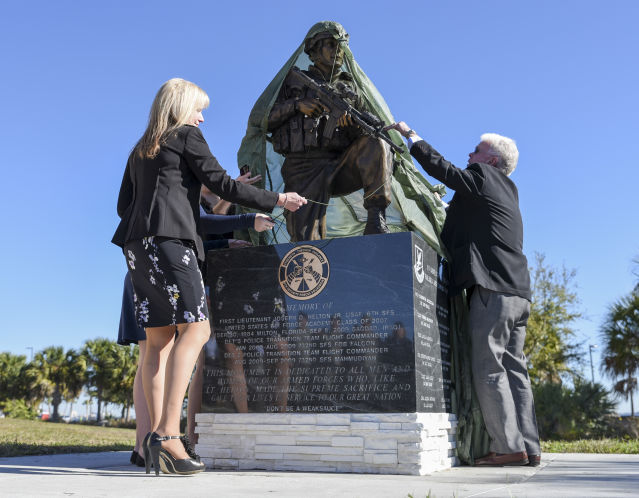 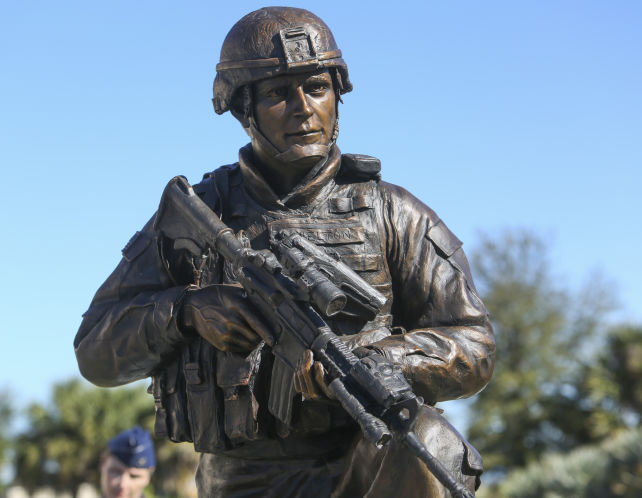 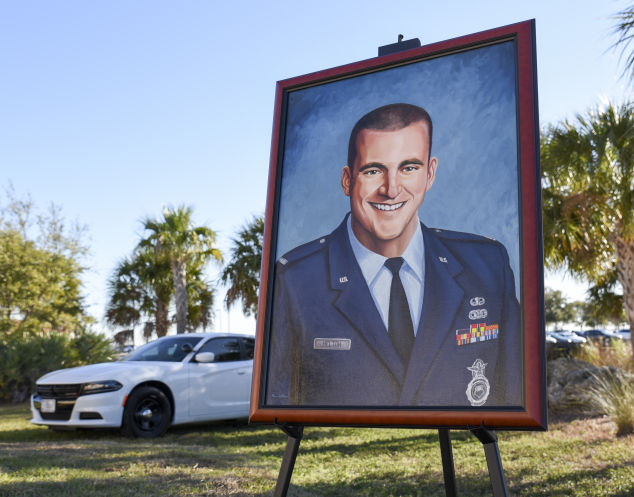 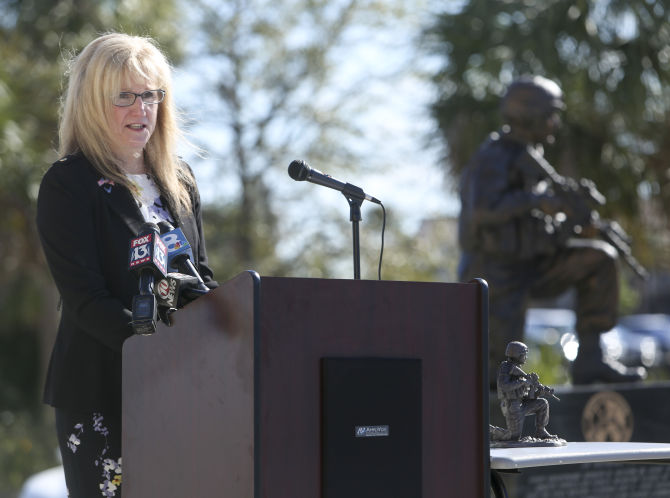 1LT Joseph Helton was killed in action (KIA) on September 8. 2009 after the vehicle he was in was hit by an IED.  The day 1LT Helton was killed, he was filling in for another airman that had not made it back from leave status.  Helton’s home base was in Tampa, FL, at the 6th SF Squadron, MacDill, AFB, FL.  Helton was deployed to Iraq where he was serving as a flight commander for the 732nd Expeditionary SF Squadron.  The 6th SF Squadron was renamed “Helton Hall” shortly after Helton’s.

While in Iraq, 1LT Helton assisted in the training of Iraqi police officers.  After the first rotation of his deployment was nearing its end, the “732nd” needed volunteers to stay behind for an additional deployment rotation and Helton volunteered.  Throughout his time in Iraq, 1LT Helton kept up on a journal where he kept track of his duties and responsibilities.  The duties and responsibilities consisted of “1,812 combat missions, 392 patrols, and 111 warrants within 605 square miles.”  There were 27 Iraqi police departments located within the 605 square miles and according to Helton’s journal, he and other soldiers noticed a reduction in violence in response to their patrols of the area and the training of Iraqi forces.

Helton attended the U.S. Air Force Academy in Colorado Springs where he developed a close connection with his sponsor, a retired USAF colonel, Dennis Keegan. Keegan donated the $22,000.00 needed to make the memorial statue which depicts Helton holding his M4 rifle.  The base of the statue is a granite material with names of the SF fallen soldiers since the September 11. 2001 attacks engraved on it.  A replica of the memorial statue is located in Walton County Georgia where Helton was raised.