The Three Soldiers Memorial in Washington, D.C. is a statue of three soldiers facing the Vietnam Veterans Memorial Wall. Dedicated in 1984, the bronze statue depicting human figures was commissioned in response to controversy over the Vietnam Memorial's design, which some felt was too unconventional. The statue depicts a Latino-American and African-American, both U.S. Army soldiers, and European-American Marine while serving in Vietnam.

Front view of The Three Soldiers 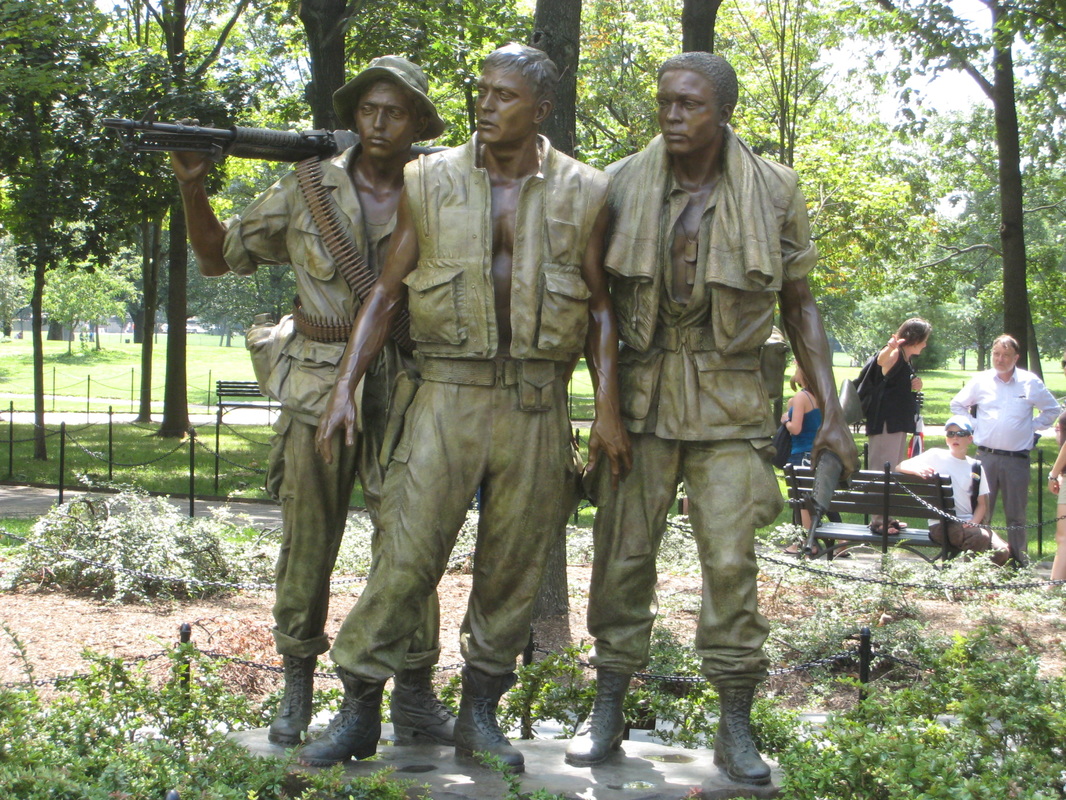 The Three Soldiers with the Vietnam Memorial Wall

Rear view of The Three Soldiers 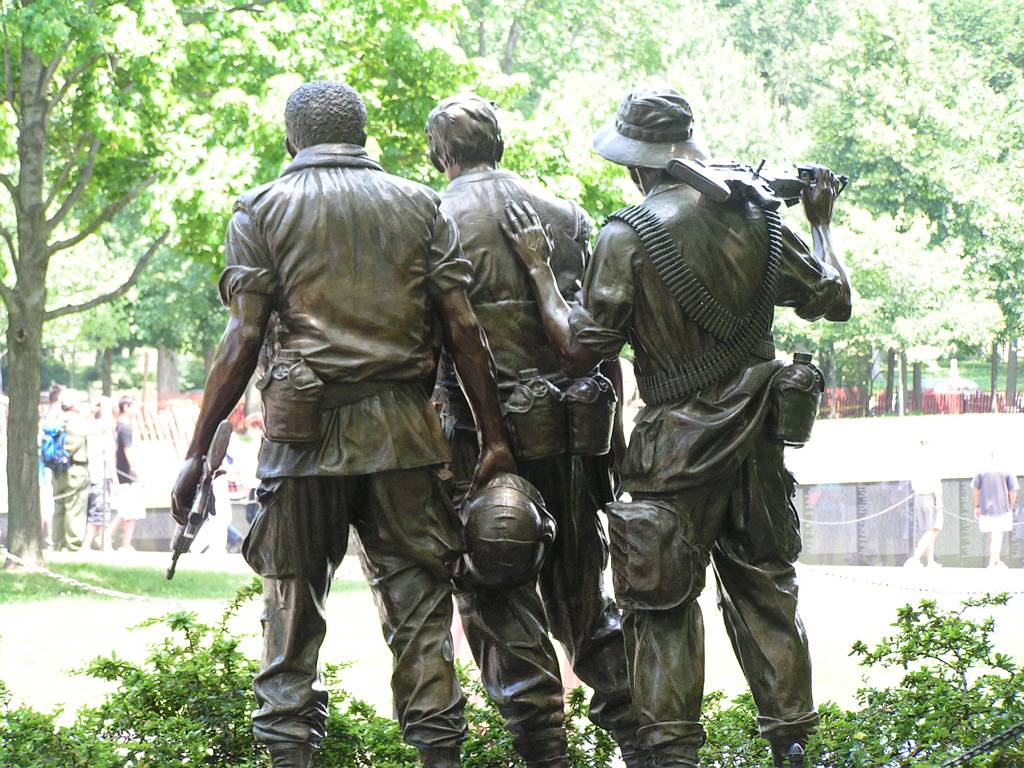 Established in 1984, the sculptor for the Three Soldiers Memorial, Frederick Hart shows three young American soldiers during Vietnam. The soldiers are facing the Vietnam Memorial Wall and are said to be watching over the fallen, whose names are inscribed on the famous Wall.  The three men in the statue represent a Latino-American, African-American and a European-American.  Each soldier is equipped with certain characteristics that describe a soldier that fought in the Vietnam War.

The Three Soldiers Memorial shows what the typical American soldier was equipped with during the Vietnam War.  One soldier represents a U.S. Marine and is shown carrying a U.S. standard issued 1911 .45cal handgun with an extra magazine, a kevlar protective vest and two canteens that are all attached to his gun belt.  The other two figures represent two U.S. Army infantrymen and are both wearing the popular “jungle boots” many troops wore during the war and both soldiers have the sleeves on their Battle Dress Uniform (BDU) shirts rolled up.  One of the Army soldiers is armed is an M60 Crew-Served Machine Gun while the other is armed with the first generation M16 rifle.

The statue also represents the diversity that existed among the United States Military during the Vietnam War.  The middle soldier is identified as a European-American, the soldier on the right is identified as an African-American while the final soldier on the left is a Latino-American.  There were six actual U.S. soldiers that were used as a base for the sculpture.

The architect, Frederick Hart issued a statement on the wall shortly after it was commissioned stating, “I see the wall as a kind of ocean, a sea of sacrifice that is overwhelming and nearly incomprehensible in the sweep of names.  I place these figures upon the shore of that sea, gazing upon it, standing vigil before it, reflecting the human face of it, the human heart.”  A replica of this state was also unveiled and dedicated in Apalachicola, Florida, on July 12, 2008.