Dedicated in 1917 and dedicated in honor of a local businessman through a gift from his widow, Oscar Foss Library has served the community for a century. The building is representative of the architectural legacy of small public libraries in New Hampshire. Built in the Classical style of architecture that was popular for public buildings at the turn-of-the-century, this small library has been well-preserved as each renovation to the building was carefully planned to match the style of the original. The Library still serves the community to this day, having grown its collection each year dating back to the period before the construction of the building when the library collection was held in a variety of public and private buildings. 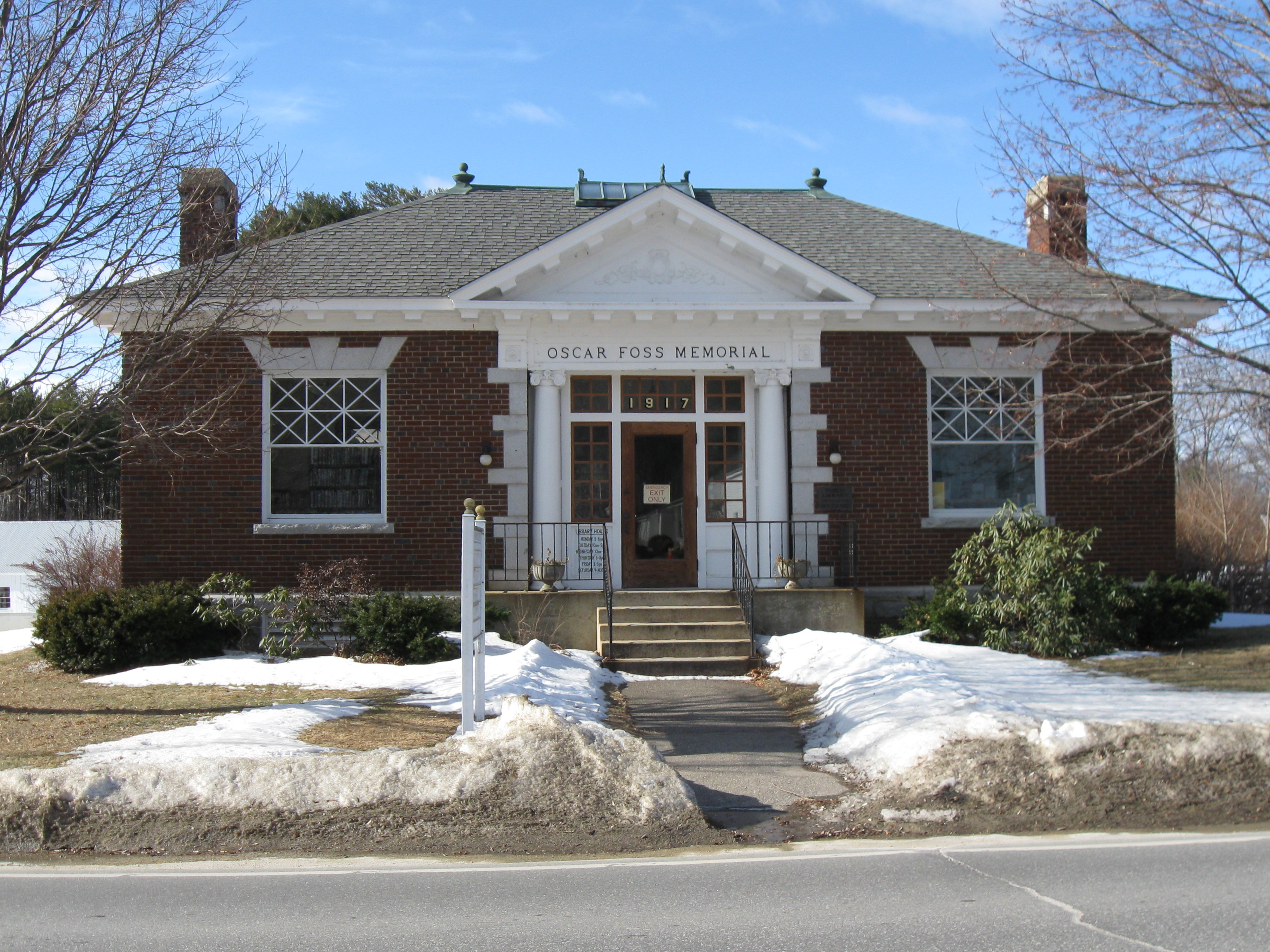 The library was dedicated in 1917 and is named in honor of a local lumberman. 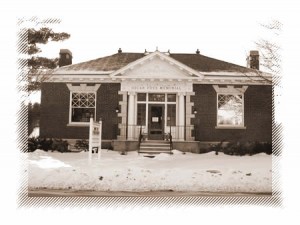 The public library system of the Town of Barnstead began long before the construction of the Oscar Foss Memorial Library building. Following a vote by the citizens of Barnstead in 1892, a collection of books was funded and established, though no set building was designated for the library. The town’s library collection was initially split between four of the villages contained within the Town of Barnstead, the books themselves being stored in residences and businesses across the town.

In 1906, the library collections were finally consolidated into a single collection which was stored in the room of a private house in town, the owners of which had agreed to care for the books. It was not until 1917 that the town would decide to move the library to a public building. The building to be used for the library was a memorial building commissioned in 1916 by Sarah U. Foss in honor of her late husband Oscar Foss, who had been a well-respected lumberman in the town. The Oscar Foss Memorial Building was constructed in the center of town, directly across from the Town Hall. While Sarah Foss had always intended for the building to be used as a town office and library, the citizens of town did not actually decide to use it until a year after construction began.

The designer of the Foss Memorial Library was Manchester architect William M. Butterfield, who worked with a contractor by the name of Leon F. Batchelder out of Suncook, New Hampshire. Also credited to the construction of the building was Isaac E. Harriman, who was said to have directly overseen the construction. The building was dedicated with a ceremony on the 27th of October, 1917.

William M. Butterfield was one of the most well-recognized architects of late 1800s New Hampshire. One of his earlier buildings, the Stone Memorial Building in Weare, New Hampshire, is notably similar in layout to the Oscar Foss Memorial Library, which seems to have been a further exploration of the layout with different exterior appearance. While much of Butterfield’s career is poorly documented, it seems that he did much work in the Classical style in addition to a number of notable structures in the Queen Anne style and the Romanesque Revival Style. Interestingly, Butterfield also has a notable structure in the Egyptian Revival Style.

Almost no modifications have been made to the structure over its very long history. The only notable renovations were the installation of an acoustic tile ceiling at an unknown date, the renovation of the previously unfinished basement into a community room and meeting hall in 1970, and, the most notable change, the merging of the town office’s rooms into the library proper in 1979. The 1979 modification is the most historically relevant for the building because it represents the carpenter’s devotion to the design of the building. When the town office moved out of the Foss Memorial Building, Douglas Tedcastle undertook the challenge of constructing new opening between the library proper and the rooms that had previously housed the town offices. His work proved to match the Classical style of the building perfectly.

The Oscar Foss Memorial Library is still used to this day, and represents one of the best preserved pieces of New Hampshire architectural history from turn-of-the-century. In addition, it is one of the most well-documented pieces of work from William M. Butterfield’s career, adding context to the works of an architect well-respected in his own time who would otherwise be lost to time.