The Federal Building & Courthouse was constructed in 1909 and is the most striking building on Broad Street. It was designed in by architect James Knox Taylor in the Beaux-Arts style. He included many personal touches, adding to its architectural significance. The interior features a marble staircase and a mural painted by artist Gilbert White in the main courtroom. As of 2017, the building is undergoing renovation into office space. It was added to National Register of Historic Places 1976.

The former Federal Building & Courthouse, originally a U.S. Post Office, was built in 1909. It will become office space in the near future as of 2017. 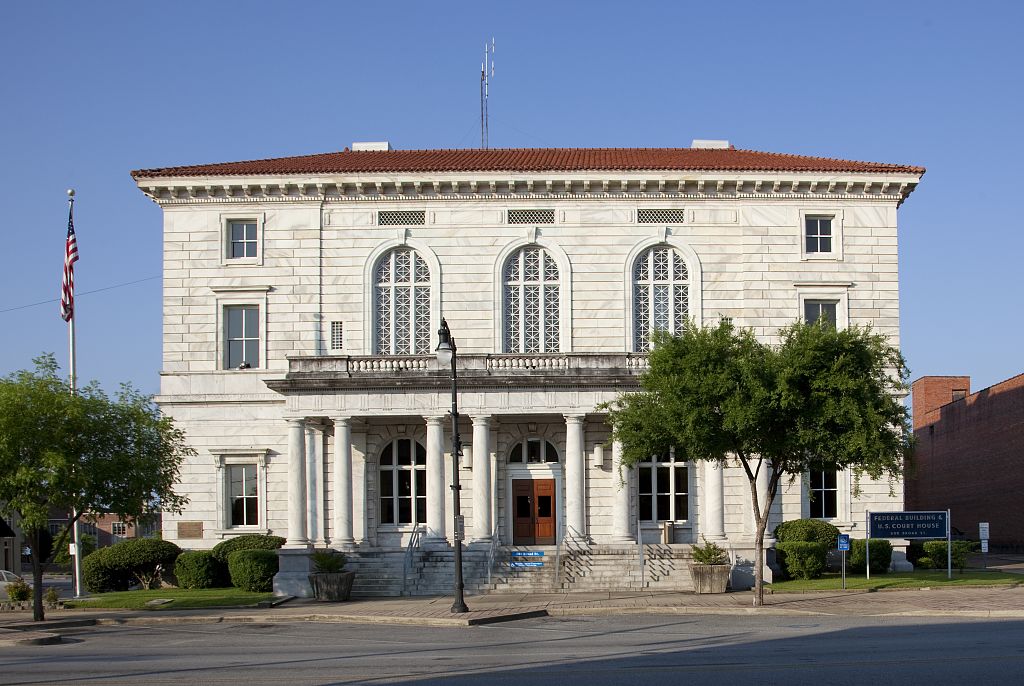 The building was originally used as a U.S. post office. It remained as such until the 1960s when it became the federal courthouse. Unfortunately, in 2012 it was one of six federal courthouse buildings in the South to close due to funding cuts. In January 2017, a local development company bought it to convert it into office space.