The Moravian Book Shop in Bethlehem, Pennsylvania is the oldest continuously-running bookstore in the United States. The store dates back to 1745 when leaders of the Moravian Church assigned member Samuel Powell to operate a print shop and bookstore. In its early years, the store focused on producing and selling religious tracts and books related to the Moravian Church. Today, the store continues to offer works related to Moravian beliefs and traditions but also sells everything from New York Times best-sellers, to books that focus on local history. The store has been located at this same location on Bethlehem's historic Main Street since 1871. The store offers a variety of special events such as book signings and numerous other events each year. A portion of the store's proceeds go to the Moravian Ministerial Pension Fund. 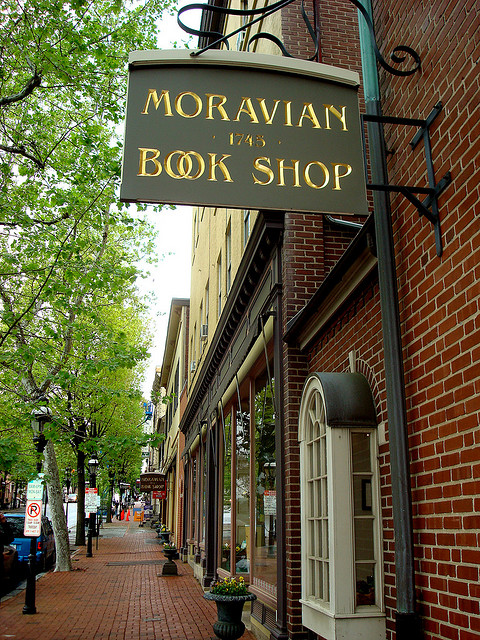 Lounging area inside the bookstore. 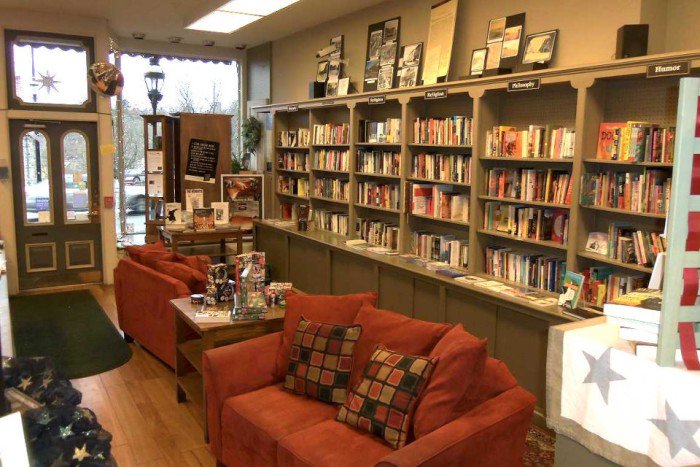 Moravian stars inside the bookstore. 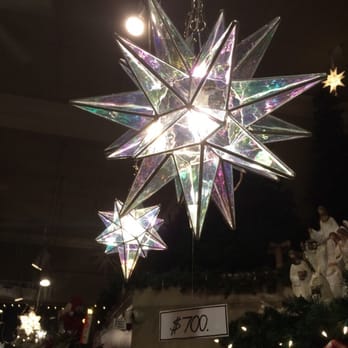 The Moravian tradition is one of medieval roots. The church's name is a reference to the place where the religion originated in Bohemia and Moravia (both located in the modern-day Czech Republic). The Moravians first came to America in the 18th century, settling in clusters in Georgia as well as Pennsylvania. Bethlehem was center of the Moravian community at this time was in fact Bethlehem.

Due to its religious background and the fact that its name is shared with that of the professed birthplace of Jesus, Bethlehem is known as the “Christmas City.” For this reason, the Moravian Book Shop not only sells books, but is also a merchant of a plethora of festive decorations including a unique collection of Moravian stars.

These 25 to 26-point ornamental stars were first commercially produced in 1897 in the German town of Herrnhut, where they are locally known as “Herrnhut stars.” However, their origin dates back to 1820, when a boarding school student in Niesky, Germany created a 110-point, multi-colored paper star as a Christmas decoration. By the end of the 19th century, these stars became a part of the Moravian Advent and Christmas seasons, making their way into homes and churches alike. These stars were adopted into the religion because of their resemblance to that of which led the Wise Men to Bethlehem where they presented their gifts to the newborn Jesus.

Today, the Moravian Book Shop is a center for the culture and history that surrounds the Lehigh Valley, as well as a seller of thousands of book titles. After numerous location changes in its day, the shop now sits on Historic Main Street in Bethlehem, at the same location as the church’s publications building from its last move in 1871. It hosts several events per year, from book signings to ghost tours, still bringing the community together despite its competition in the modern age of Amazon and the Kindle. As well as this historic location, a new Moravian Book Shop was opened in 2015 in downtown Allentown, Pennsylvania. Through its earnings, the Book Shop helps support the Moravian Ministerial Pension Fund.