The Hannibal Hamlin House is a large Italianate residence built in 1851 by William T. Hilliard and later altered and resided in by Vice President Hannibal Hamlin. The house is located on the edge of the Bangor Theological Seminary Historic District and after Hamlin's son donated the property, the home was utilized for nearly a century as the residence of the president of the Seminary. The house and the Seminary Historic District are located just north of the Bangor downtown area.

The Hannibal Hamlin House in April of 2015, photograph by SarekofVulcan of the Wikimedia Foundation 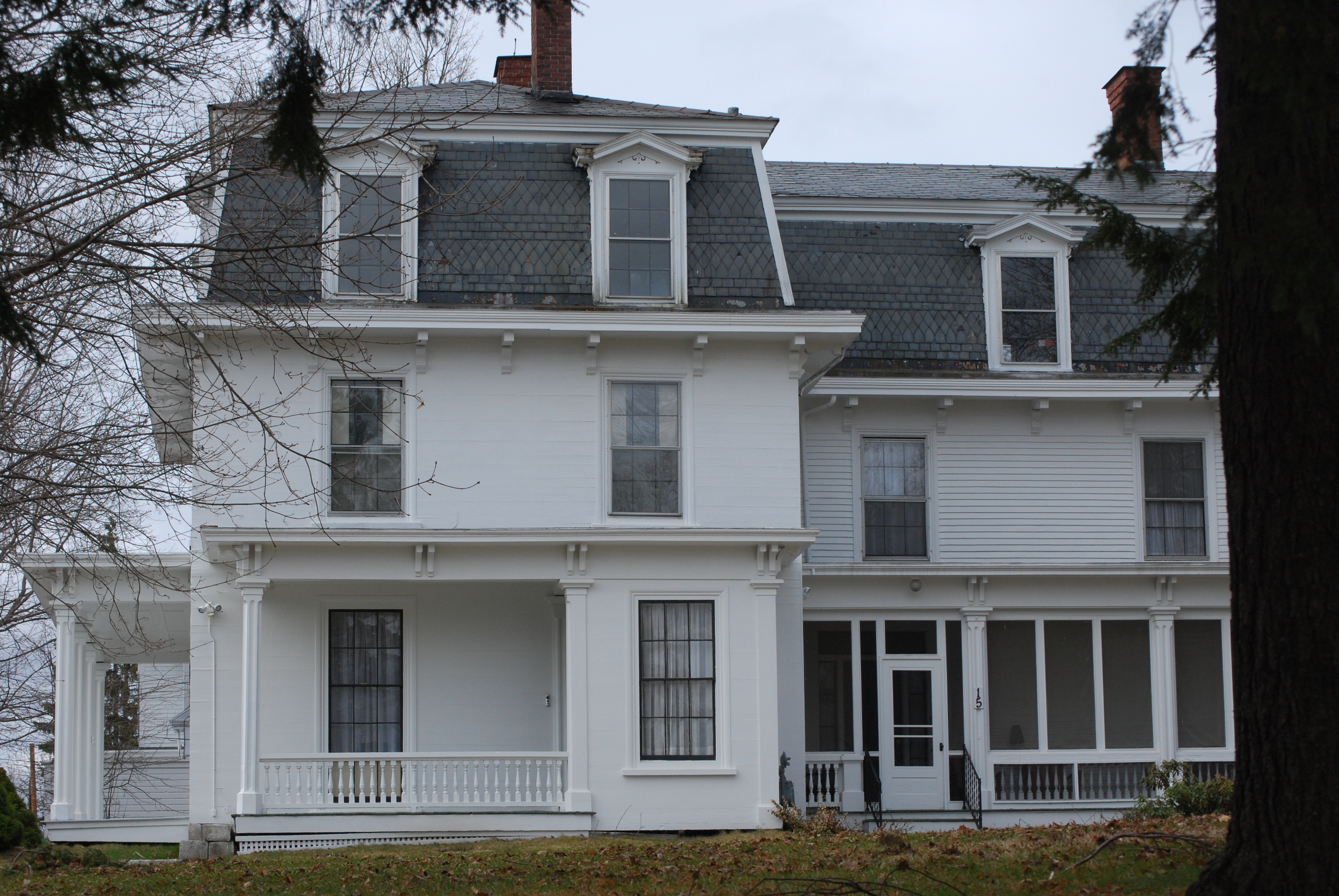 The Hannibal Hamlin House is located off of one of Bangor’s most flourishing roads, Union Street, which runs the length of the city into the downtown and beyond.  Visitors coming to Bangor from the Bangor International Airport pass by this house on their way to the Bangor downtown and other significant points of interest southeast of the airport.

The house is named after United States Vice President Hannibal Hamlin who was born in Maine and resided in this home in the Bangor area for most of his life. Although he exercised influence as Vice President to President Abraham Lincoln during his first term, Hamlin's most significant impact on American history might be his decision to leave the Democratic Party. Hamlin was a well-respected political figure who had worked with the Democrats for years until the new Republican party approached him promising him a platform that opposed the extension of slavery. Hamlin’s decision to leave the Democratic party and the words he penned in his resignation letter acted as a warning bell for many in Washington, as Hamlin was well-respected as a man of honor in the Capitol. Seeing Hamlin leave an established party for an unproven party on moral grounds gave much ground to the party.

Hamlin’s nomination to the Vice Presidency came as a complete surprise. In letters, Hamlin stated that he had not desired the position at all, but he took it out of a feeling of moral responsibility to the cause of the abolition of slavery.  His prediction of the civil war following a Republican win seemed prophetic.

Hannibal Hamlin did not enjoy the position of Vice Presidency, stating on numerous occasions that he resented the lack of voice that he had and the inability to represent the common American. Hamlin’s advice to Lincoln was often seemingly ignored, including his suggestion to publish the Emancipation Proclamation immediately after the election.

Following the Civil War, the Republican party passed on putting Hamlin on the ticket for Vice Presidency again. Republican strategists believed that a Southern Democrat Vice would help heal the fractures between the north and south. Lincoln was assassinated shortly afterward, though Hamlin did not hear news of it until he returned to Bangor in mid-April, 1865.

His successor to the Vice Presidency, Andrew Johnson, appointed Hamlin to the position of collector of the port of Boston, a position which Hamlin did not hold for very long. Hamlin resigned in a statement of disgust towards Johnson’s Reconstruction policies.

Hannibal Hamlin would return to the Senate for two more terms before a resignation for purposes of health.  Following his resignation, President Garfield gave him the position of Minister to Spain, which Hamlin dutifully fulfilled for two years.

Hamlin passed away on Independence Day of 1891 while lounging on a couch playing cards at a club that he had founded.  This couch is preserved in nearly perfect condition at the Bangor Public Library, which is, interestingly, a Carnegie Library.  Hamlin, like many other influential Maine citizens, was buried at Mount Hope Cemetery.  A locally famous statue of Hannibal Hamlin stands overlooking the beautiful Kenduskeag Parkway in downtown Bangor, a common place of respite for the busy people of downtown Bangor.