Constructed in 1852, Austin Hall is the oldest continuously used education building west of the Mississippi River. It was designed in the Greek Revival style and features prominent architectural elements such as Tuscan columnns and a cupola. It was here that the state's first law school and first tax-supported teacher training school were established. The building was added to the National Register of Historic Places in 2013.

Austin Hall was built in 1852 and is the oldest continuously used educational building west of the Mississippi. 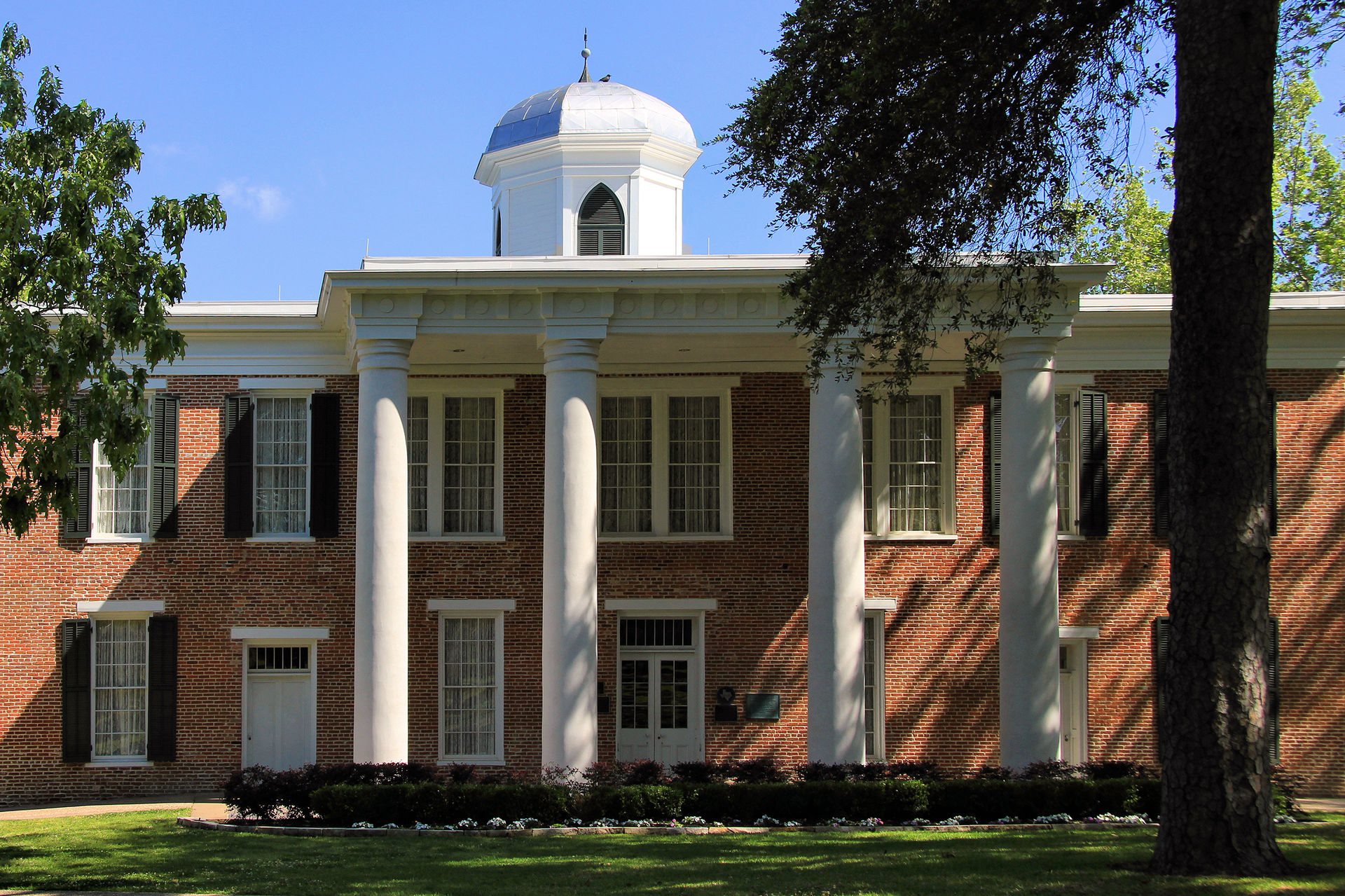 The building is situated on a prominent hill called Capitol Hill, which was given that name in the hopes of garnering support for Huntsville's candidacy to be the state's capital. This of course did not come to fruition (Austin remained the capital city) but the city decided to use the property for a higher education institution. The first of these would be Austin College, which remained here until it moved to the city of Sherman in 1876. The following schools were: Sam Houston Normal Institute, Sam Houston Teacher's College, and Sam Houston State College which became Sam Houston State University.