John Henry Historical Park stretches from the mouth of the Great Bend Tunnel to the CSX crossing at the John Henry Museum (Dillion's Store) in Talcott, West Virginia. The monument is dedicated to preserving and interpreting the story of American Folk Hero, John Henry. The park features a stage, picnic shelter and tables, walking trails, and bronze statue of John Henry. Recent work by historian Scott Reynolds Nelson reveals the likelihood that John Henry was a real person who died as a result of the convict labor system. 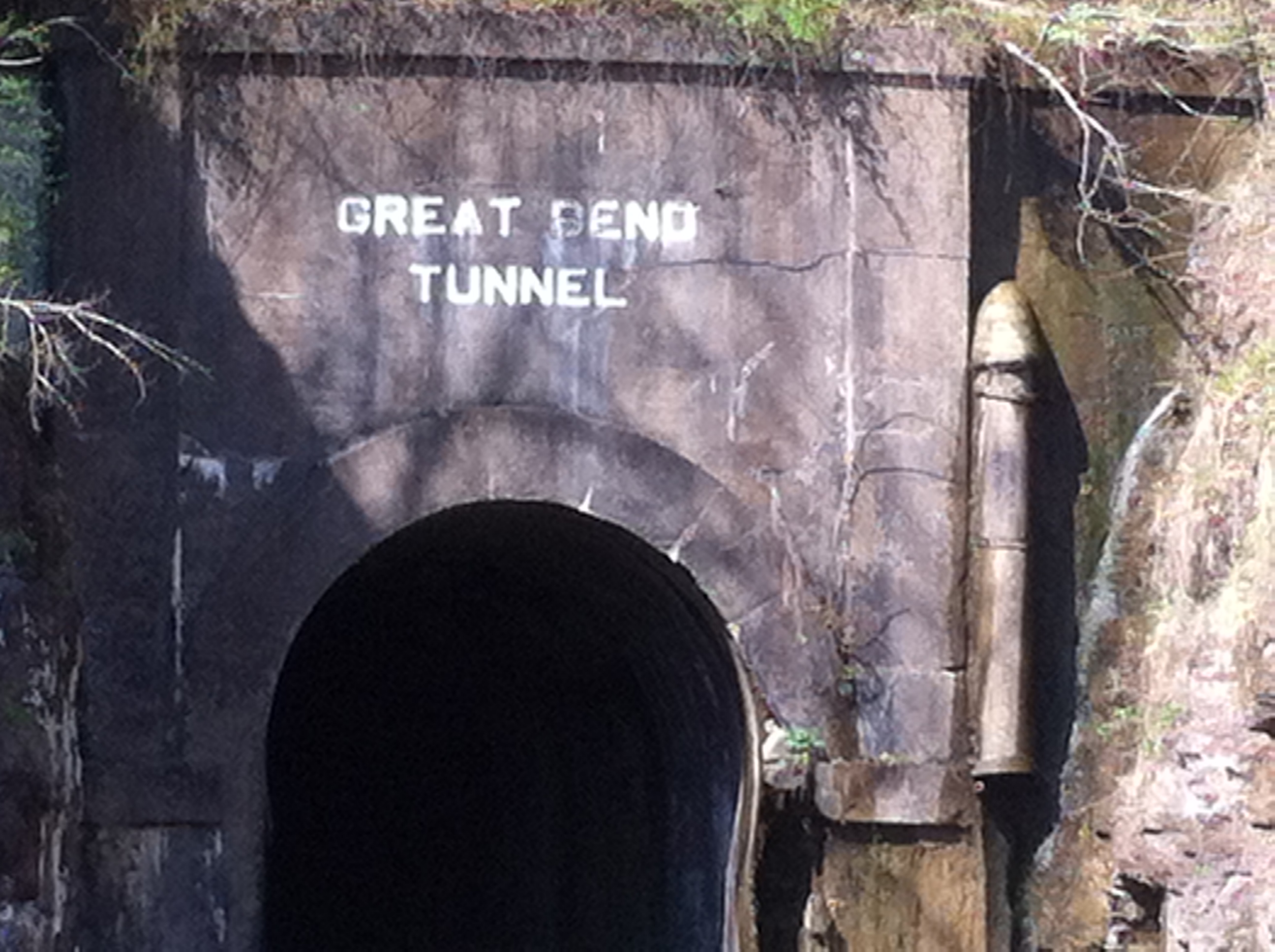 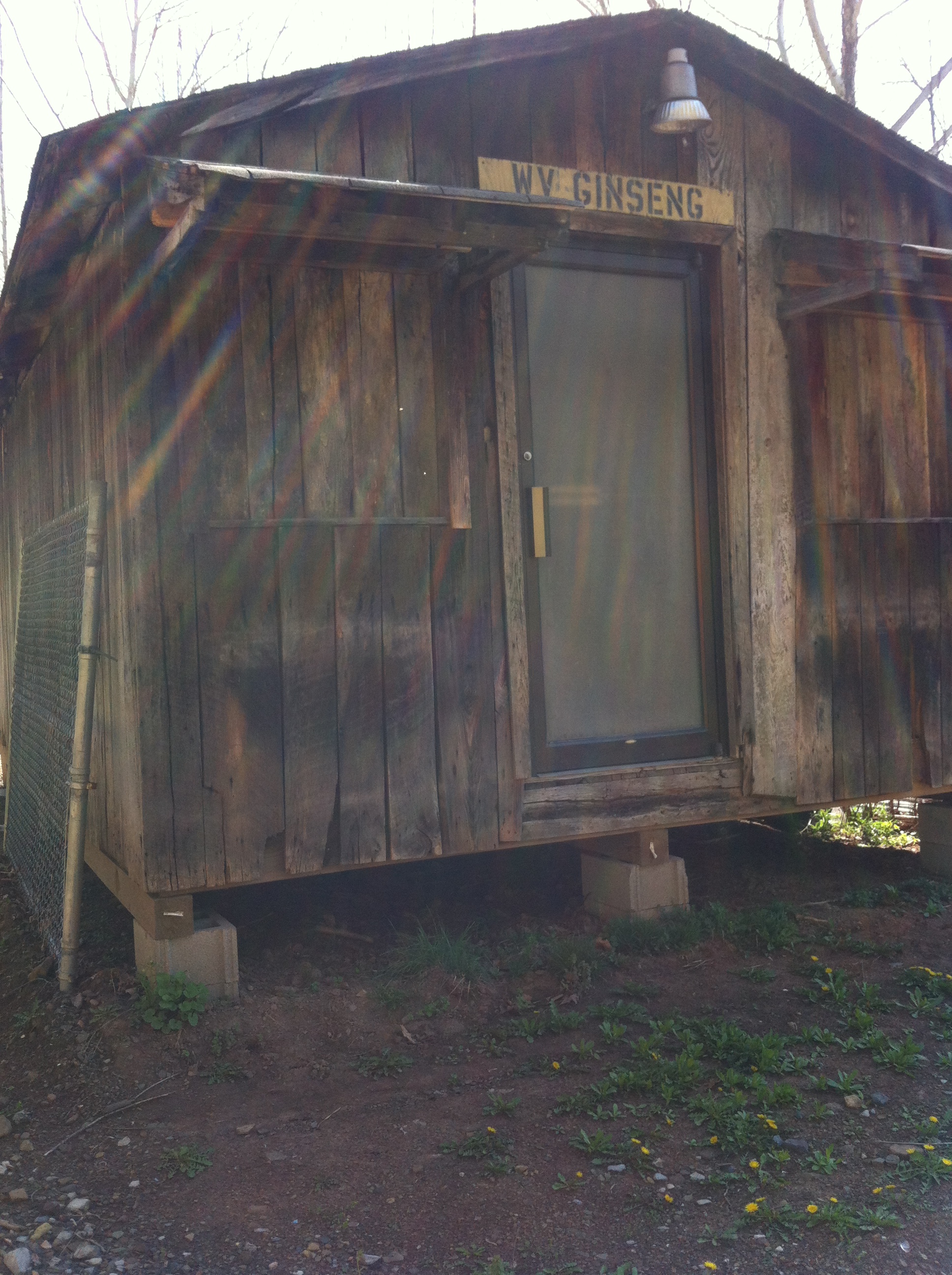 While conducting research on the history of railroads, William and Mary professor Scott Reynolds Nelson began investigating the fate of hundreds of African American convicts who were leased to the C & O Railway. He believes that John Henry was one of these men, and found records that suggest that he was a Union veteran who was imprisoned on trumped-up charges of theft. Like many white and African American prisoners in the South at this time, Henry was leased to private companies who put convicts to work in dangerous professions such as blasting tunnels for the railroad.

While the mythical version of John Henry died of a heart attack after choosing to race a crew using a newly-invented steam-powered drill, Nelson points out that this technology was still quite inefficient at the time of Henry's likely death in 1874. In an interview with the popular history podcast Backstory, Nelson suggested that any able-bodied man could outperform the steam-powered drills in 1874. Ten years later, when the Ballad of John Henry began to be popularized, steam powered equipment had become more efficient and many Americans likely saw Henry as a folk hero owing to their fears of displacement from new technology.

Rather than a being a free man with a passion for building railroad tunnels, Nelson's research suggest that Henry was one of many Black men who were charged with crimes they did not commit or given extraordinarily-long sentences for minor crimes in the 19th century. States like Virginia made money by leasing convicts to private companies, and it is likely that Henry was forced to built the railroad tunnel next to the park.

"White Southern millworkers, listening to country recordings of the ballads that never mentioned Henry’s race, assumed he was a white man whose plight resembled their own. Any worker facing the new world of mechanized labor understood the John Henry story. For coal miners he was a miner; for railroad workers he was a trackman; for Communist organizers he was “the hero of the greatest proletarian epic ever created.”- William Grimes explaining the reason why Henry became a folk hero among many workers who assumed he was a free laborer battling the forces of mechanization.

The original ballad of John Henry states that Henry was buried in the sand next to the "white house" a likely reference to the white main building of the Virginia State Penitentiary where hundreds of skeletons were later discovered. John Henry disappears from the records of the penitentiary in 1874, making it likely that Henry was one of hundreds of African Americans who perished from injuries to their lungs-the result of inhaling rock fragments while blasting tunnels for the C & O Railway.

The development of the John Henry Historical Park was a grass roots effort by area residents prior to Nelson's research. In 2004, the Summers County Commission purchased 26-acres of land from CSX. This park stretches from the mouth of the Great Bend Tunnel to the CSX crossing at Dillion's Store (John Henry Museum). The commissioners appointed WVU Extension Agent Rick Moorefield and historian Bill Dillion as Co-Directors of the John Henry Historical Park Steering Committee. This committee was formed in 2005 and numerous volunteers from Summers County raised money and expressed ideas for the park.

The John Henry Historical Park features both educational and recreational activities. There are a number of interpretive panels that interpret the history of John Henry, Talcott, Hilldale-Talcott Ruritan Club, and the Chesapeake & Ohio Railroad. The park also has a picnic shelter with tables and walking trails that were built by local volunteers, AmeriCorps National Civilian Conservation Corps teams, and the Boy Scouts of America.

John Henry Days, a 3-day festival, is held at the park the second weekend of July. The festival begins Friday night with a concert and concludes Sunday afternoon with a rubber duck race.  A parade, 4 mile run, car show, concerts, and fireworks are also part of the festival.  The John Henry Historical Park Grand Opening Ceremony took place on Friday, July 7, 2017.