This historic building was completed in 1900 and home to the Odd Fellows Home, a residential complex established for the care and maintenance widows, orphans, and members of the fraternal order who were unable to earn a livelihood by reasons of age or affliction. A form of insurance that was part of the benefit of joining the Odd Fellows fraternal order, this home and others like it would care for members who fell upon hard times as well as their wives and orphans. The complex included a school and a working farm and shops where residents contributed to their upkeep with their labor. As long as the residents who lived at this home followed the rules of the organization, they were allowed to stay at this home that was funded by donations and dues of Odd Fellows members. The Odd Fellows was established as a fraternal order of "fellows" who were members of various "odd" trades that were not already represented by a guild or fraternal order. Jesse Leimkuehler’s family bought the land from the Odd Fellows in the late 1990s and built a winery, Belvoir Winery, in the first floor of the former orphanage.

The skeleton of ex-Odd Fellow member George is available to view at the house. 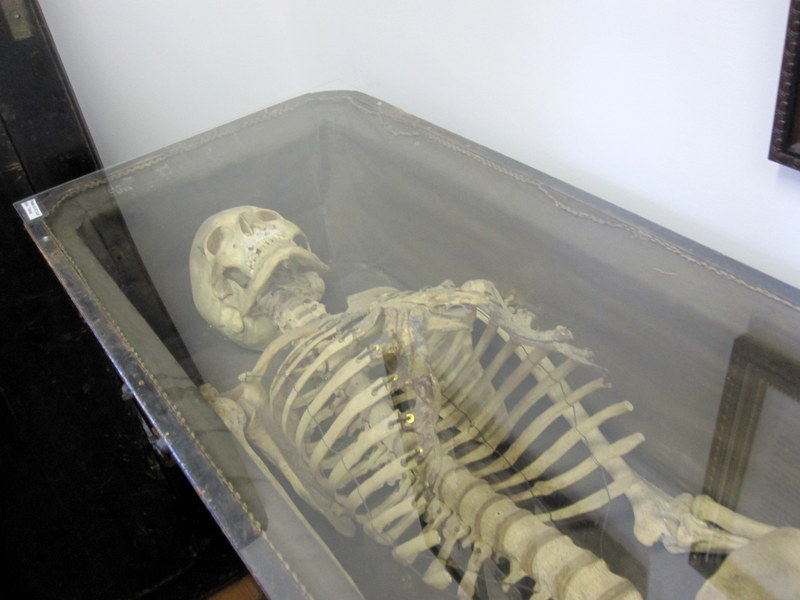 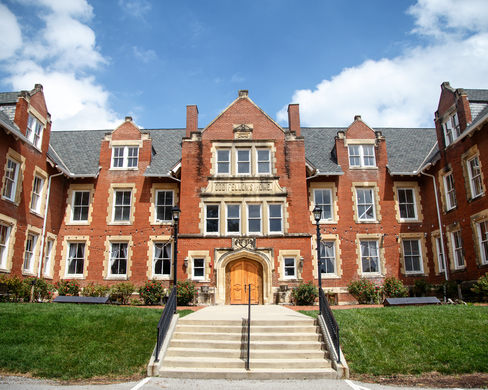 The Odd Fellows Home cemetery where hundreds of orphans were buried. 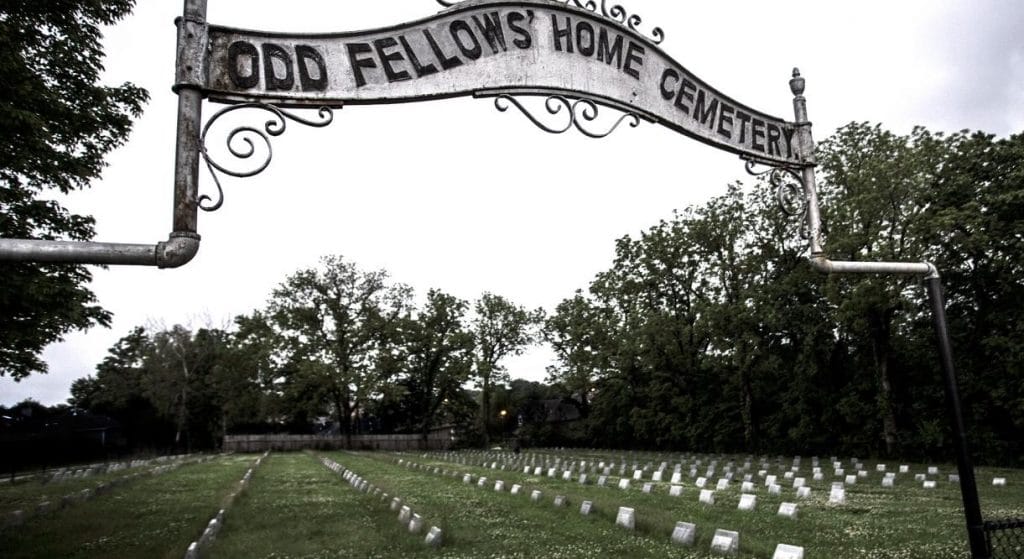 The Odd Fellows Home District is composed of 36 acres located in Liberty, Missouri. Originally, the Odd Fellows complex contained approximately 240 acres. Thirty acres were
lost in the 1970s when Missouri Highway 291 was widened and parcels were sold off throughout the years. The property consists of four buildings—the Old Folks Home, Hospital, Orphanage and Nursing Home/Morgue. The main building (old orphanage) is now home to Belvoir Winery & Inn on the first floor.
Odd Fellows are members of a secret society with private rituals. It is common practice to use the remains of a deceased member to signify immortality. An example of this is the Odd Fellow’s Skeleton, George, in the Odd Fellow home. (All of the skeletons used by various IOOF halls are named George, as to be as private as possible.) George was an ex-Odd Fellows member who died in 1895 and donated his body to science after he died and after they were finished with it, request to have his skeleton put on display in an Odd Fellows home. There are several other instances where people have found skeletons in walls of other Odd Fellow homes all over the US.