The Thomas J. Boyd Museum provides exhibits that offer a history of the people and places found within Wythe County, Virginia. The museum is home to many artifacts portraying the lives of early settlers, local businesses and industry, military history and the Civil War in this section of Virginia. There is also a special exhibit related to the treatment of polio within Wythe County. There are many interactive stations throughout that guests can partake in. One of which is the permanent exhibit, "Summer of Polio." Another exhibit titled "The African American Experience in Wythe County, Virginia" preserves and shares the story of slavery and freedom within the county. 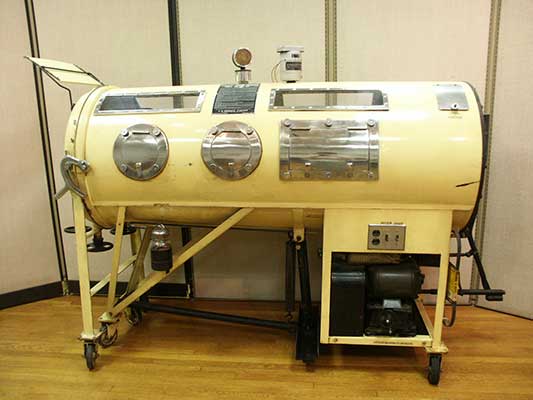 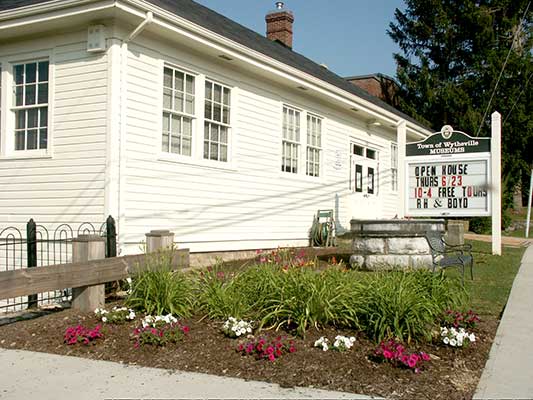 Inside the museum. Tours of the museum are self-guided and visitors should plan on at least thirty minutes to see the main exhibit 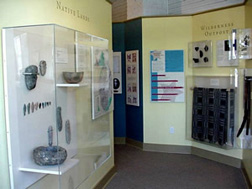 Located in the heart of Wythe County, Virginia, the Thomas J. Boyd Museum is home to many historic resources regarding the local history of Wytheville and its surrounding towns. The Boyd Museum is named after attorney, town mayor, surveyor, hotel builder and Virginia Legislature, Thomas Jefferson Boyd, who is often referred to as the "Father" of Wytheville. Since opening in December of 1983, the museum has become a staple within the area where locals and travelers alike can discover many different exhibits about the local history of Wytheville, its surrounding area, and the connection between local and national history.

In the late 1940s, Wytheville became a tourist destination, their population and economy was booming and they were expected to continue to grow. In 1950, however, Wytheville became a hotbed for Polio as the outbreak was stated to have caused 17 deaths and 180 cases were reported, total. The largest number of cases, per capita, within the United States. This led to what was called "A Summer Without Children" in which quarantined areas were all throughout the town. The town essentially shut down, the children stayed home, shops became desolate. Signs on the outskirts of town directed visitors to not stop in the area. Some of these victims of polio suffered so badly from breathing problems they ended up in an  "iron lung" tank respirator.

The Thomas J. Boyd Museum gives guests the opportunity to learn about this Polio outbreak with their "Summer of Polio" exhibit. Open since June 30, 2007, the exhibit includes two different displays of an iron lung, one of which was used by infants that suffered from breathing problems due to Polio. It also includes a 1950 newsreel from the National Foundation for Infantile Paralysis. It also highlights the book,  "A Summer Without Children: An Oral History of Wythe County, Virginia's 1950 Polio Epidemic" by Linda Hoofnagle Logan which gives readers an inside look at this massive epidemic with interviews with survivors and witnesses, first-person accounts, private archives and a recollection of what locals remember about that dark, memorable summer.

The museum holds artifacts hailing from Woodrow Wilsons birthplace, the Library of Virginia, the Museum of the Confederacy, Virginia Techs private collection and the Virginia Department of Historic Resources.  In total, there are ten interactive stations within the museum's Discovery Corner where children are able to learn math and science and more about their local history.