Established in 1895, Louis' Lunch claims to be the inventor of the hamburger and the oldest still-operational American hamburger restaurant. As the story goes, a customer entered Louis' Lunch in 1900 requesting something "quick and delicious." The innovative Louis Lassen whipped something up using ingredients meant for steak sandwiches. He gave the customer a sandwich of ground beef in toasted bread, and the hamburger was born! 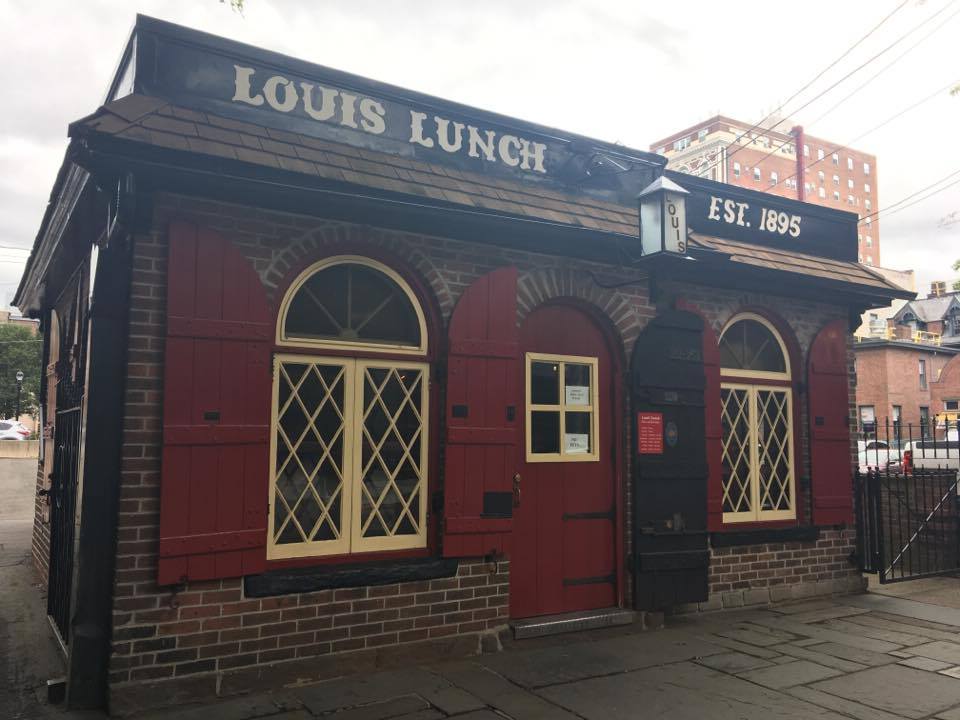 Signs inside Louis' attest to its local roots and unique personality 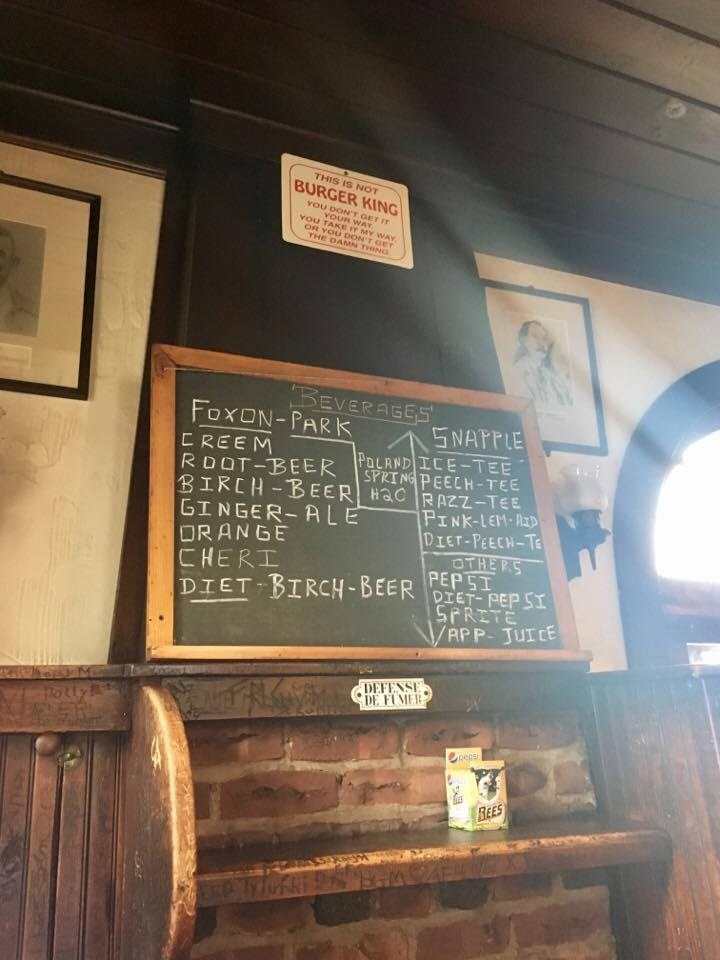 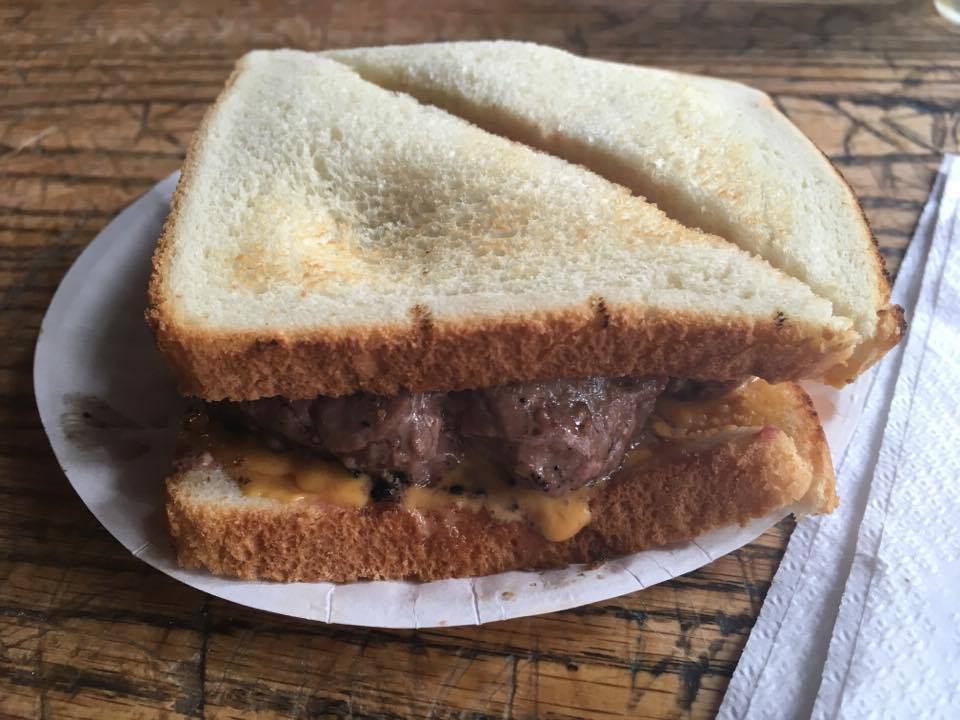 A New Haven Tradition
Louis' Lunch first opened as a wheeled lunch wagon on Meadow Street. From this base, Louis Lassen was able to move back and forth between nearby factories to feed hungry workers on their lunch break. In 1907, Louis found a more permanent spot on George Street, and he later expanded his location by acquiring the tannery building next door.

During the 1960s and 70s, New Haven underwent various urban renewal initiatives that threatened the survival of the beloved restaurant. After lengthy deliberation, and protests by New Haven residents on behalf of Louis', the Lassens ultimately decided to move the brick diner from George to Crown Street, where it remains today in a central downtown area.

The Burgers
Rather than use buns, Louis' Lunch serves its burgers on toasted white bread, which now comes from Pepperidge Farm, a local company that originated in Norwalk in 1937. The restaurant, still owned and operated by the Lassen family, values tradition and simplicity: "All of our burgers are cooked to order in the original cast-iron grills dating back to 1898. We want you to experience the meat’s true flavor, so we serve it on white toast with only cheese, onion, and tomato as garnishes" (quoted in "Menu"). As a sign inside reads, "This is not Burger King. You don't get it your way, you get it my way, or you don't get the damn thing." Beverages include Foxon Park sodas, another local company, based in East Haven.

Challengers to the "First Hamburger Title
Louis' Lunch has strong support backing its claim as the originator of the hamburger. In 2000, US Representative Rosa DeLauro promoted recognition of Louis Lassen as the hamburger's inventor. The Library of Congress agreed and recorded that Louis had served the very first American hamburger in 1900.

Other challengers to the title remain, however. In his book The Hamburger: A History, Josh Ozersky attempts to trace the hamburger's origin in his opening pages, but finds it difficult to credit any one claim as true:

There are a number of rival claims, but they're all equally worthless, historically speaking. None can produce any real evidence. Still, none seem to be made of whole cloth, and the earliest claim, of 1885, is recent enough not to strain credulity. It comes on behalf of a Seymour, Wisconsin, teenager named Charlie Nagreen who may or may not have put a meatball between two slices of bread and sold it as a sandwich from his ox-drawn cart at the Outagamie County Fair that year. Decades later, "Hamburger Charlie" was a fixture at the fair and had sold hamburgers as long as anybody could remember. The claim seemed viable enough by 1990 that Seymour built the Hamburger Hall of Fame and soon took to throwing an elaborate "Burgerfest" every year, culminating in the creation, in 2001, of an eight-thousand-pound burger. (Ozersky, 15-16).

Other challengers include Fletcher Davis from Athens, Texas, who gained the support of Texas State Representative Betty Brown in 2006; and brothers Frank and Charles Menches, who allegedly made a ground beef sandwich during the 1885 Erie County Fair in Hamburg, New York.