Constructed in 1907, this building served as a bank and post office in Cuba City for many years. The Farmers Bank, later renamed the Cuba City State Bank, occupied the building from 1907-1928. The Cuba City Post Office operated in this location for much of the 20th century. The building has also been home to several retail and dining establishments over the years. 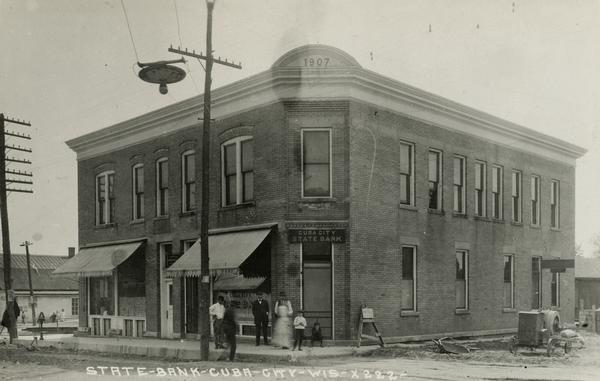 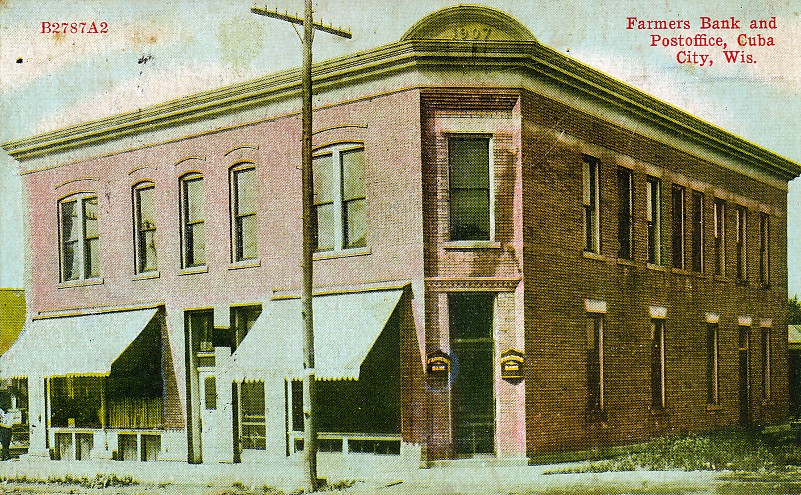 The Farmers Bank was the second bank established in Cuba City. Founded in 1896 by John Longbotham, George Loeffelholz and John Warrick, the bank was originally located in the Kittoe building (now housing the Russell Law Office). In 1907, the founding bankers built this structure and relocated the Farmers Bank to the building's north side.

Cuba City's post office moved into the triangular room on the south side. The post office had previously been located in a small building on Webster Street, east of Main.