This site was once the location of the Donner-Houghton home, a large home built for the family of Eliza Poor Donner, a survivor of the Donner Party's tragic migration westward. Her husband was Sherman Otis Houghton, who served as both mayor San Jose and a member of the US Congress. 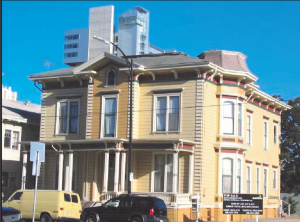 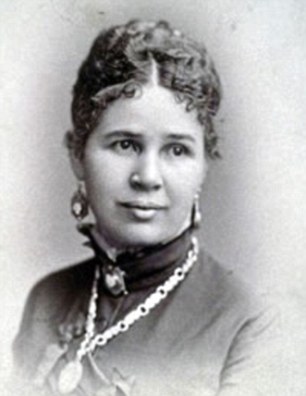 The story of the Donner Party is well-known. In 1846, a group of more than 80 settlers, many of them members of the Donner and Reed families, set out for California. Because of poor leadership,  bad decisions, and bad luck, the party reached the Sierra Nevada Mountains in November of that year, just as an early winter arrived. Heavy snowstorms trapped the party in the mountains, and by the time they were rescued, nearly half had died and many of the survivors resorted to cannibalism in order to survive.

What is less known about the Donners is their life following the tragic events at what is now Donner Pass. A number of the survivors eventually settled in the Bay Area and some became prominent citizens. One of them, Eliza Poor Donner, was a small child during the winter at Donner Pass and was among the last to be rescued, along with her sisters.

Both of Eliza's parents died in the tragedy, and the young girl was raised by a family in Sacramento. She eventually married Sherman Otis Houghton, a prominent attorney in San Jose. Houghton was a widower; his first wife was Mary Donner, another survivor of the crossing and Eliza's cousin.

Sherman and Eliza had eight children, one of whom died as an infant. The couple had a mansion built near Third and Julian Streets. The home was built in 1881, and after the family moved, the mansion was relocated twice, with the final move being to the St. John Street location. For a number of years, the building operated as a boarding house known as The Majestic.

The building was added to the National Register of Historic Places in 2002. In 2007, it was heavily damaged in a fire and had to be demolished. In 2016, an apartment complex, called Donner Lofts,  was built on the site of the Donner-Houghton Home, and a plaque there honors Eliza Donner Houghton and the other members of the ill-fated party.