The U.S. Post Office located at 380 Hamilton Avenue in Palo Alto, California has been located there since 1933 when construction was completed. Designed by local architect, Birge M. Clark in the Spanish Mediterranean Revival style, the building has only served one purpose, that of a U.S. Post Office. However, its future is currently in doubt as it is listed as a property for sale by the USPS as of July 2017. It has been listed on the National Register of Historic Places since 1981. 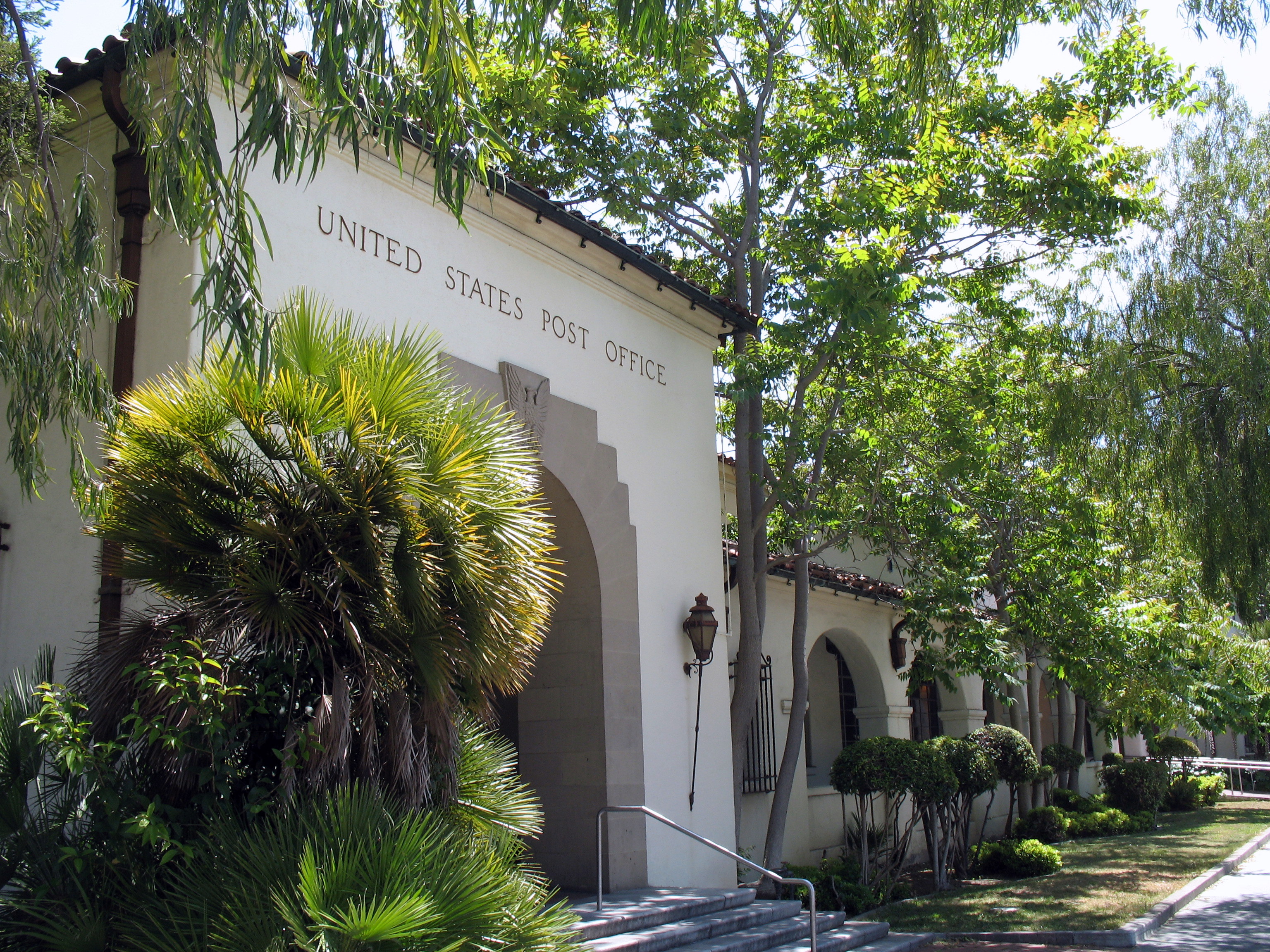 The large lobby of the post office with lantern light fixtures and marble tiled floor. 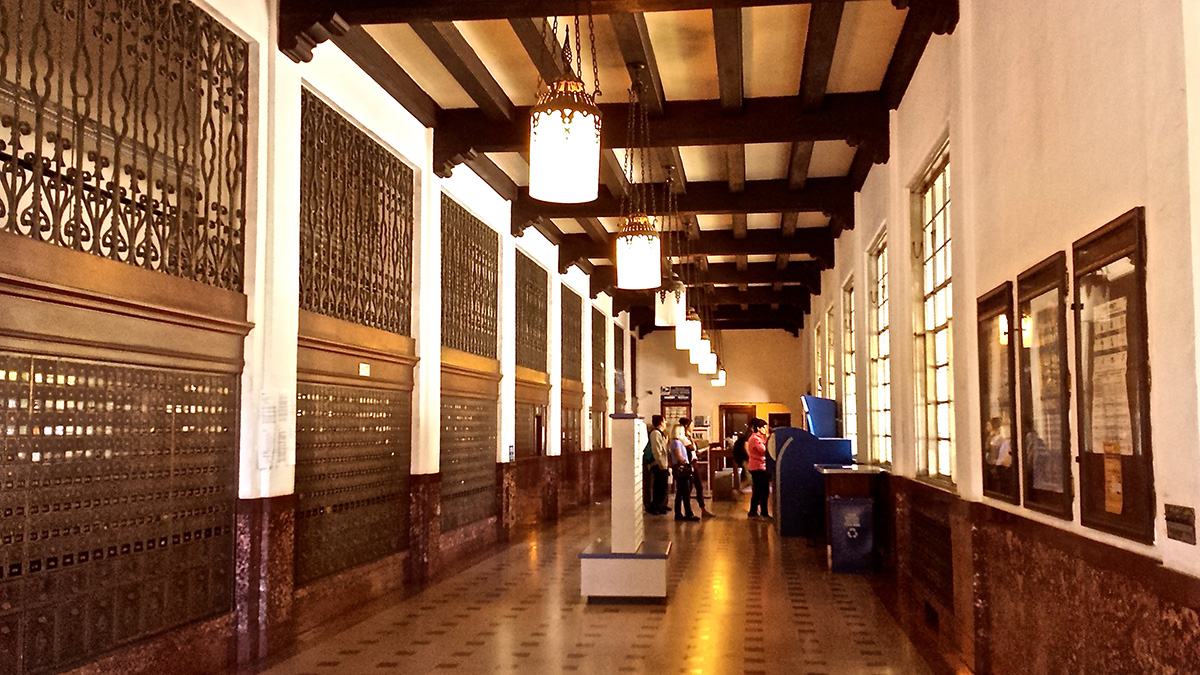 Detail of the PO boxes and ornate wrought iron within the lobby. 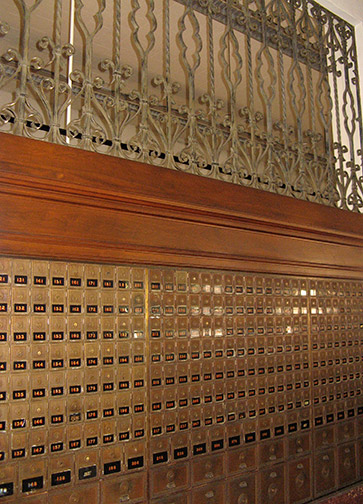 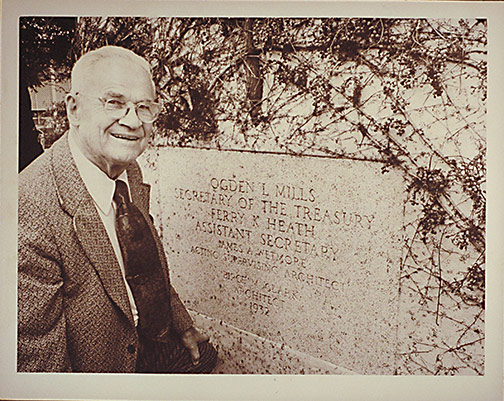 The dawn redwood located on the grounds of the Palo Alto Post Office. 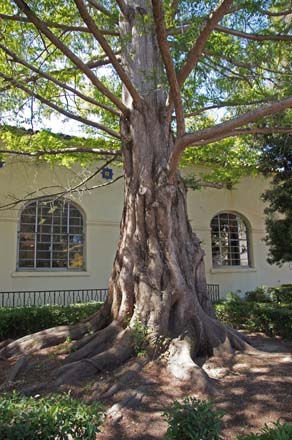 Plans for a new post office in Palo Alto began in the early 1930s as the federal government sought to create jobs in local areas during the Great Depression.  To that end, they utilized local residents to design and build federal structures which is why they requested that San Francisco born Birge Clark submit drawings for the post office.  Clark graduated from Palo Alto High School and Stanford University and, as a result, was greatly influenced by the architecture of the area.  Thus, his drawings for the post office reflected the architecture of many of the buildings at Stanford.  Initially, his drawings were rejected by the USPS as not befitting a federal building.  However, Clark argued that the building should fit in with the architecture of Palo Alto in general and Stanford specifically.  The anecdote also recounts how he then lunched with friends, President Herbert Hoover and his wife.  Clark's argument (and lunch connections) won the day and his plans were approved.  Clark went on to design 137 residences and 30 office buildings in the Palo Alto area.

Clark’s first sketches were made in 1931, the formal drawings were completed in 1932 and the post office opened the next year.  Its Mediterranean Revival style features a hip roof comprised of red tiles that vary in color from deep to light.  This roof and its stuccoed walls that mimic adobe enclose a 20,000-square foot area that sits on .73 of an acre.  The main lobby is 120 feet long and 15 feet wide and features an open arcade with round arches at both ends.  Its entrances have bronze frames and transoms and originally contained bronze doors that have since been replaced.  The lobby contains round-headed windows with amber colored glass, a boxed-beam wooden ceiling, a marble tiled floor of reddish and beige squares, red marble wainscoting, ornamental lantern fixtures and decorative wrought iron throughout.  Its landscaped grounds contain various local plants, flowers and trees, to include a dawn redwood originally added in 1949.

Beginning in 2011, the USPS sought to sell the building in an effort to consolidate locations and cut costs.  The city of Palo Alto then began to explore the possibilities of purchasing the building and then renting the faculties to the USPS to keep the post office operating.  However, as of May 2017 the city has abandoned those plans as the purchase price and renovation costs were in excess of $30 million.  As a result, the future of the post office and the building itself remain unknown despite the fact that its historical designation offers some protections.  As of this writing, the building is still being utilized as a U.S. Post Office and is open to the public.