A National Historic Landmark, Hangar 9 holds historical significance as the only remaining World War I-era airplane hangar in the United States. The historic hangar was built in 1918, and at that time, it was one of sixteen hangars on Brooks Field/ The airfield grew and was an active military installation until 2011. All of the hangars except Hangar 9 had been demolished to make room for new facilities by the 1960s. Hangar 9 was going to be torn down as well, but the Bexar County Historical Society stepped forward to restore it and opened it as the Edward H. White Aviation Museum in 1968 (the name was later changed to the Edward H. White Memorial Museum). Although the museum also closed in 2011, Hangar 9 continues to be a physical reminder of the early development of the U.S. Army Air Corps, the forerunner of the U.S. Air Force.

Built in 1918, Hangar 9 is the last surviving WWI hangar in the country. 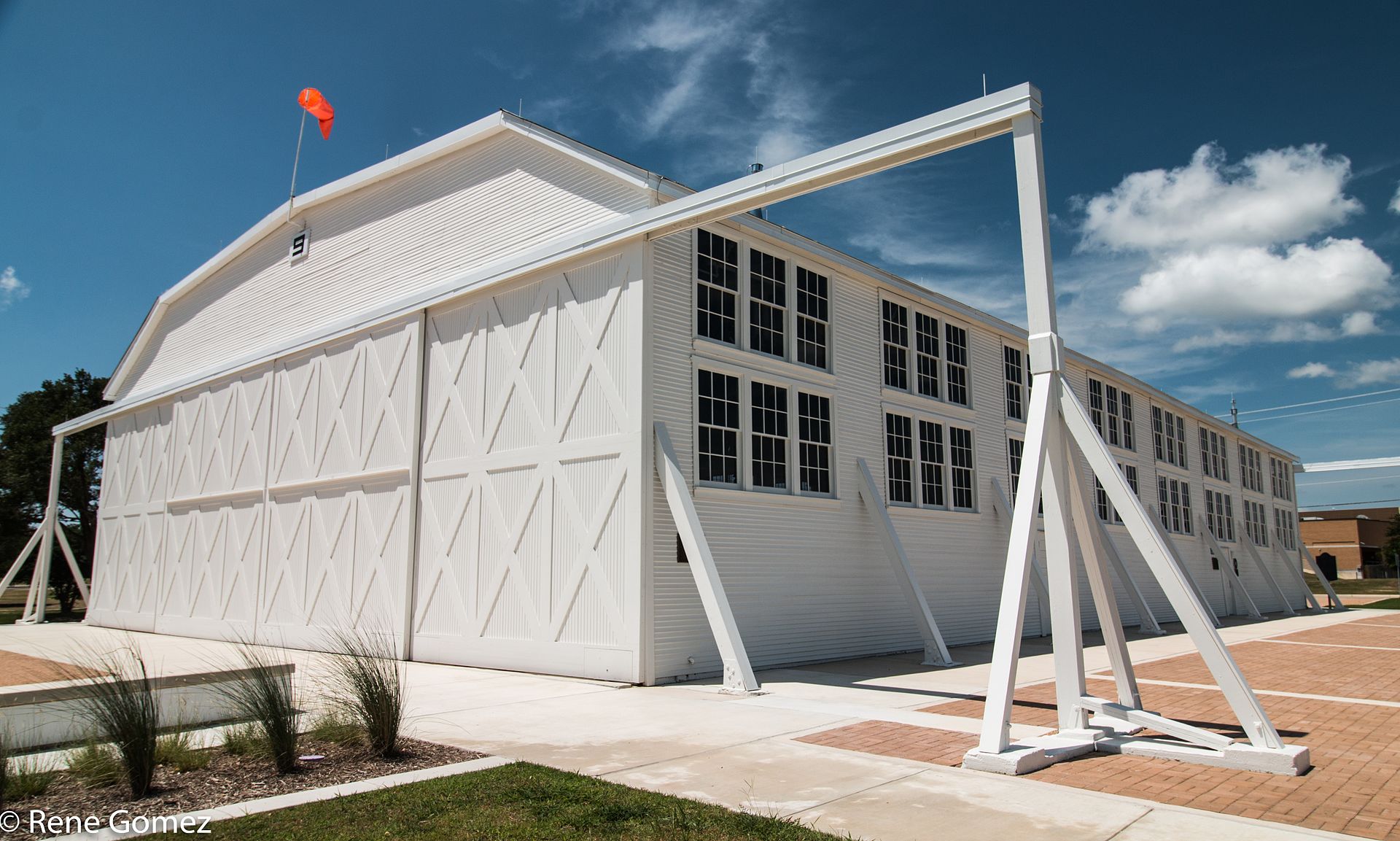 The base was established in April, 1917 and initially named Gosport Field. Its name was later changed to Signal Corps Aviation School, Kelly Field in December, 1917. However, its name was changed again in February 1918 to Brooks Field to honor the memory of flight student Sydney Brooks, who died in a training accident.