Nauset Lighthouse was originally the north tower of Chatham Twin Lights (built in 1877). It was moved to Eastham in 1923 to replace the Three Sisters Lights. By the early 1990s coastal erosion threatened the lighthouse and it was going to be dismantled. Instead, the Nauset Light Preservation Society was formed and raised the funds needed to move the light inland in 1996. Today Cape Cod's iconic Nauset Light is a private aid to navigation and is seasonally open to the public for tours.

Nauset Light in Eastham, MA 1923, soon after its relocation from Chatham. The light was not painted with its iconic red and white daymark until the early 1940s. 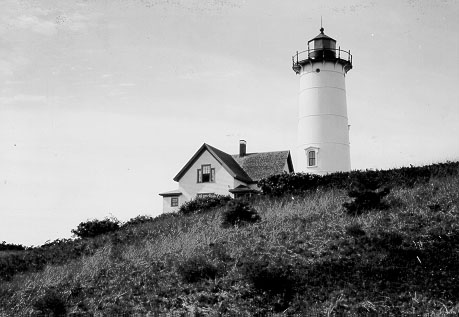 Looking north toward Nauset Light, showing its white light. The keeper's house (built in 1875 and moved to its current location in 1998) is to the immediate left of the lighthouse. 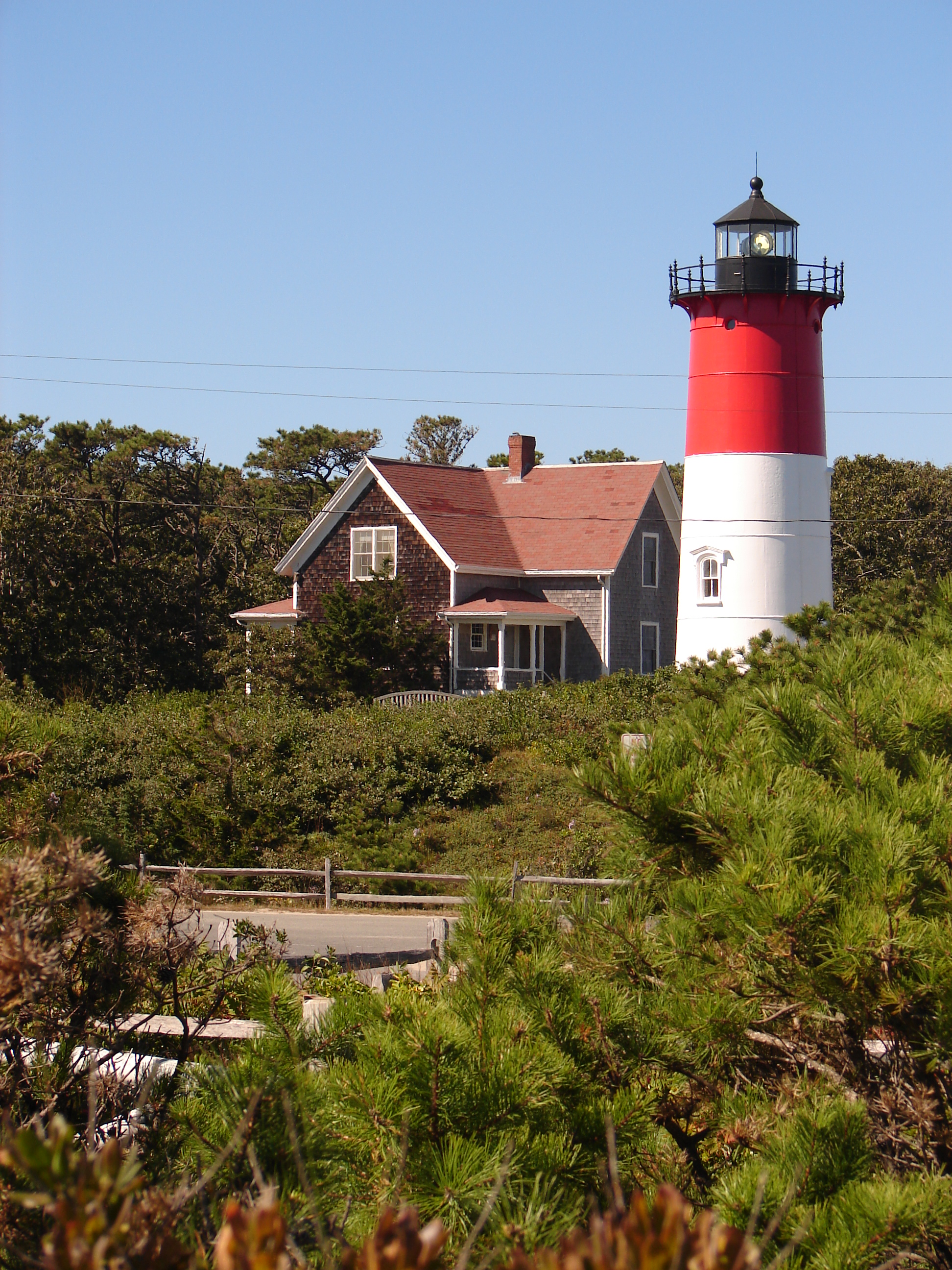 Nauset Light showing its red light (the light alternately flashes red and white every 5 seconds). The light's oil house (built in 1892, where fuel to illuminate the light was stored prior to the light's electrification) is visible to the right. 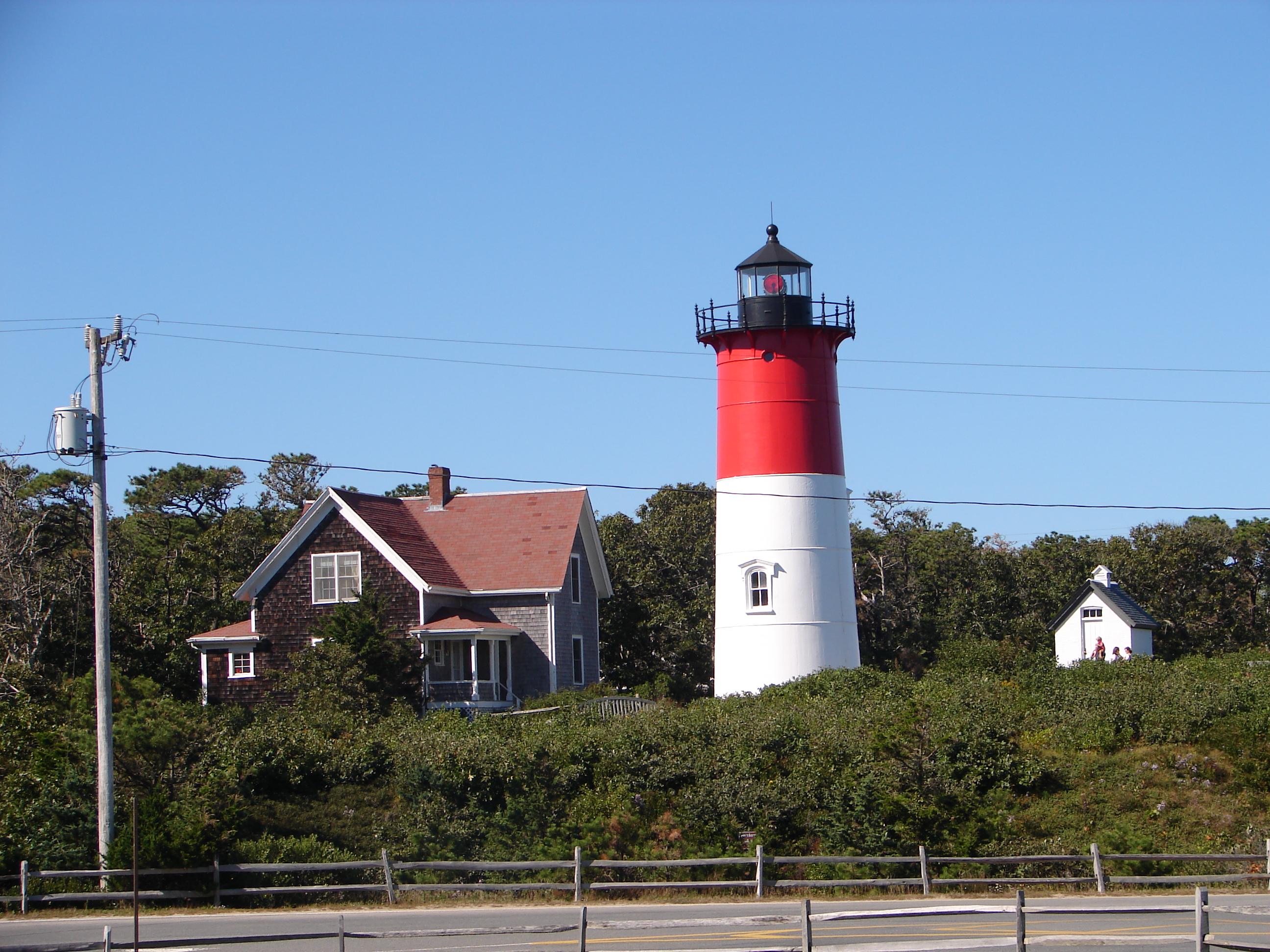 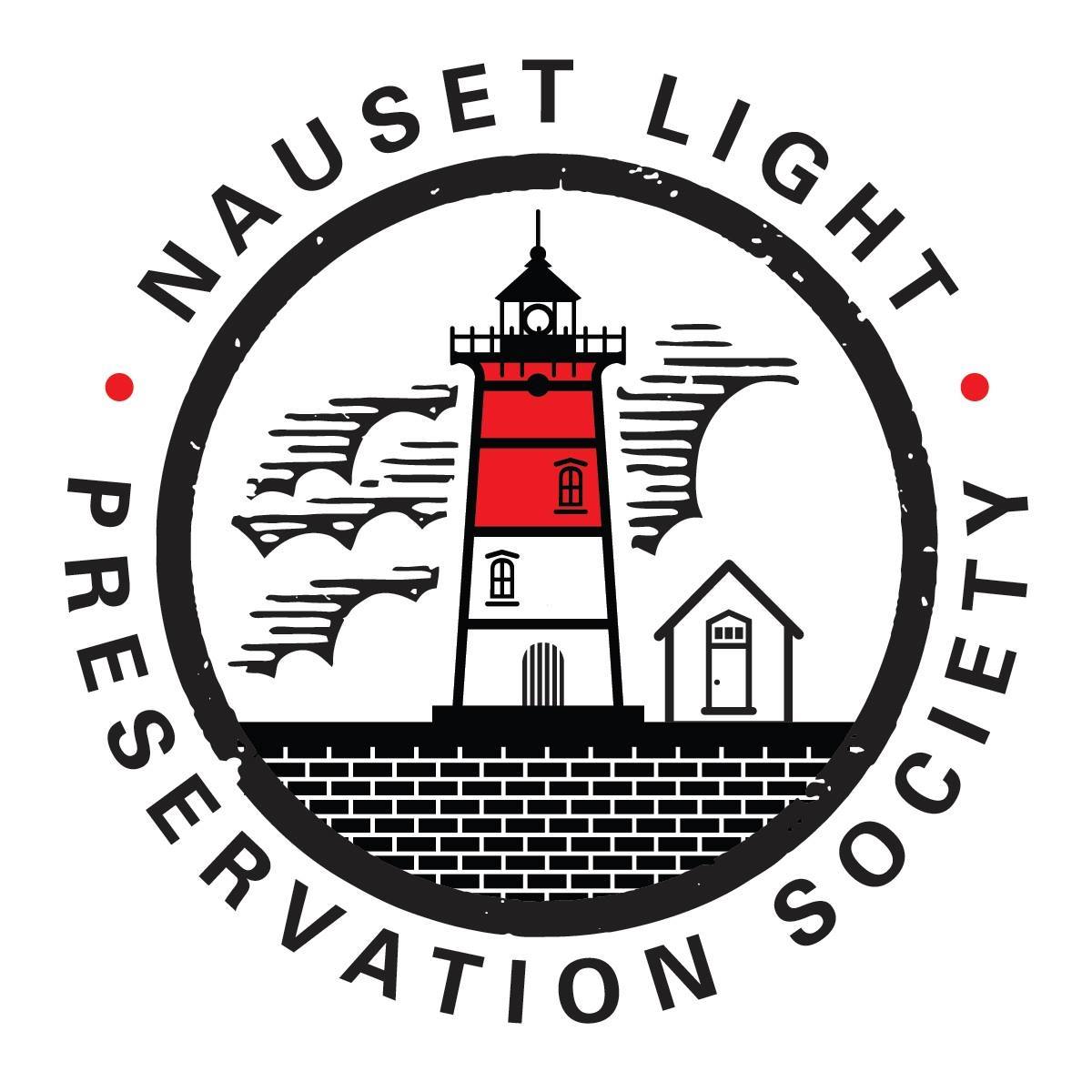 Eastham originally had three lighthouse towers (the Three Sisters of Nauset)  to warn mariners of the dangerous conditions just east of Cape Cod.  Three lights were needed to distinguish this location from Cape Cod Light in Truro to the north and Chatham Twin Lights to the south.

With advances in lighthouse technology, eventually multiple lights at one location were no longer needed.  So in 1923 the north tower of Chatham Twin Lights was moved to Eastham to replace the sole remaining Three Sisters light, which was in poor condition.  The relocated light was known as Nauset Light and was painted with its (now iconic) red and white daymark in the early 1940s.  The light was automated in 1955 when the characteristic flashing of the light was changed to alternating red and white.1

This light served as a beacon to mariners for the next 70 years, but by 1993 coastal erosion threatened the lighthouse and the Coast Guard planned to dismantle it.  At this time the Nauset Light Preservation Society was formed to save the light by raising the funds needed to move it further inland.  This was accomplished in 1996 when Nauset Light was moved to its current location.  The lighthouse became a private aid to navigation, maintained and operated by the Nauset Light Preservation Society.2

Nauset Light has also become an iconic symbol for Cape Cod.  It is prominently featured on the Massachusetts' Cape and Islands special license plates and is a prominent part of the logo for Cape Cod Potato Chips.  Nauset Light was listed on the National Register of Historic Places in 1987.

Hours change seasonally, please visit the website for up to date information.