Built in 1924, the First Presbyterian Church is Abilene's best-preserved church. It was designed in the Gothic Revival style and as such features a gabled roof and a three-story bell tower.

The First Presbyterian Church was built in 1924 and is the city's best-preserved church building. 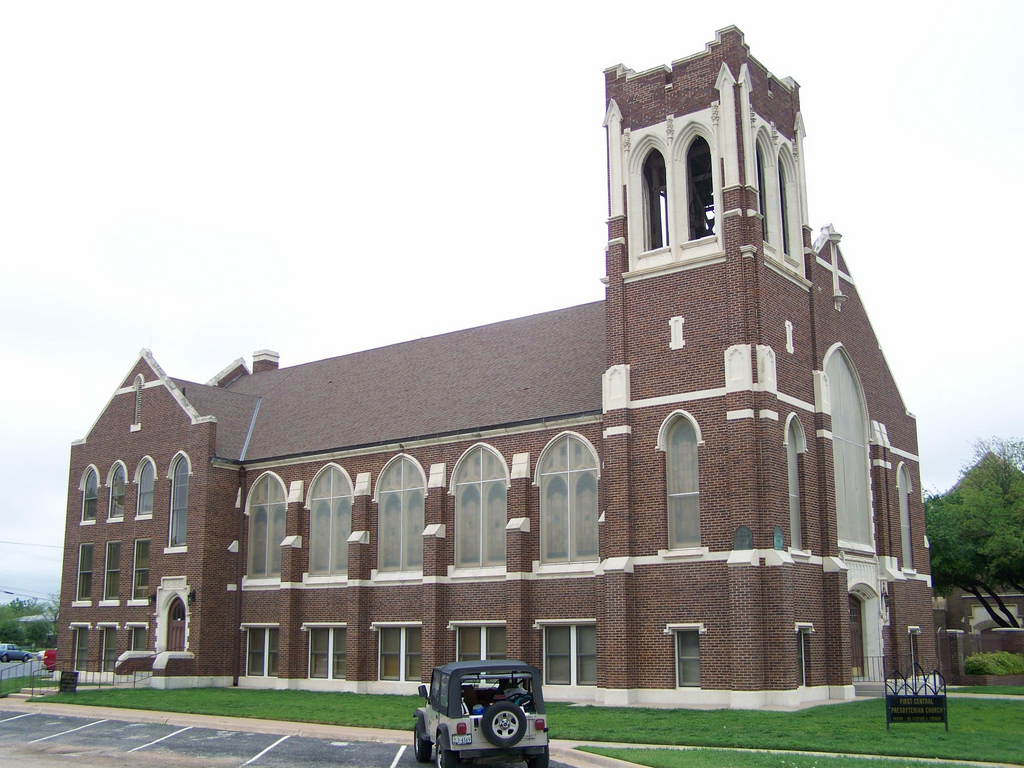 The congregation itself formed in 1881 and first worshiped under a tent. It later met in a schoolhouse before constructing its own wooden-framed building in 1884. The congregation merged with another Presbyterian congregation in 1970 (and also in 1916 but that lasted just four years) to form the present church. The church building was added to the National Register of Historic Places in 1992.