Added to the National Register of Historic Places in 1987, the Swenson House is one of the grand homes of Abilene. It was built in 1910 by William G. and Shirley Swenson, both first-generation Swedish immigrants. The house features a mixture of Prairie and Spanish Colonial architectural styles, making it a truly distinct building. Additionally, many of the home's original features still exist today. Today the Swenson House is owned and operated by the Abilene Preservation League, which offers tours of the home by appointment. It is also available to rent for parties, weddings, and other gatherings. In recent years during October, the house has been transformed into a haunted house attraction.

The Swenson House was built in 1910 and is available for tours and to rent for weddings and other gatherings. 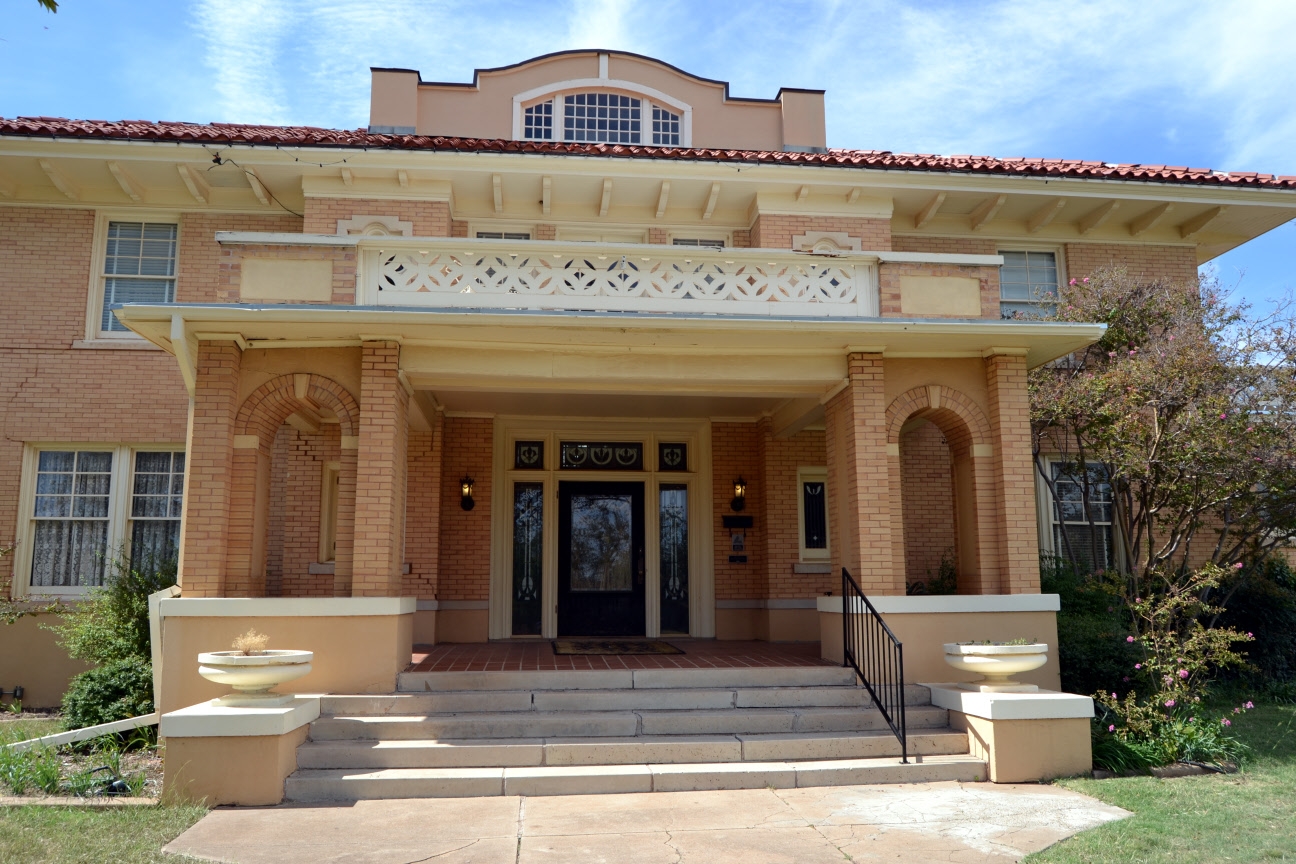 William Swenson was a prominent figure in Abilene. A businessman and entrepreneur, he headed the Abilene Light Company and Abilene Ice Company, held leadership positions in the Citizens National Bank from 1902 (its founding) to the 1960s, was a member of railroad company boards, invested in real estate, and, along with his wife and four children, was a founding member of St. Paul Methodist Church. William died in 1967 and Shirley in 1974. The Swensons owned the house until the late 1986 (or 1991; the exact year is not clear according to the sources) when they donated it to the Abilene Preservation League.

Call to make an appointment for a tour.