At this location on Mother's Day in 1966, Martin Luther King Jr. addressed a crowd of five thousand supporters and members of the media. In the speech, King called for African Americans to continue their efforts to register and vote in spite of violent opposition. This was one of three speeches delivered by Martin Luther King in South Carolina. A historical marker was dedicated to honor King's speech in 2016.

This photo of King was taken at this location on Mother's Day in 1966. 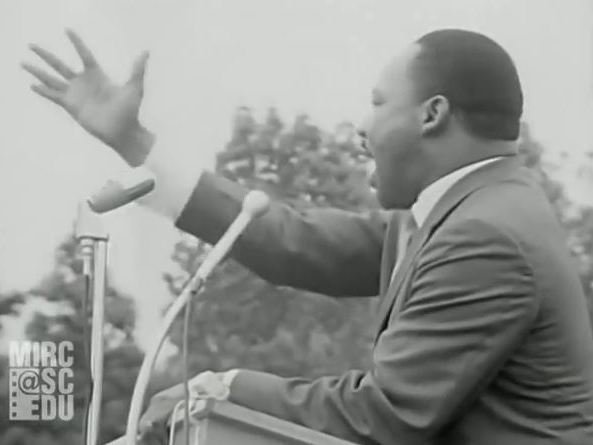