A larger Tyler School was completed about 1912. “There were three grades to a room. The high school was in the same building. The schoolhouse also served the community for dances and as the Tyler Grange hall. The school closed in 1958 after the Tyler School District merged with the Cheney School District. The Tyler Grange bought the building for their hall. The building was destroyed in the July 1960 firestorm that swept through southwest Spokane County. 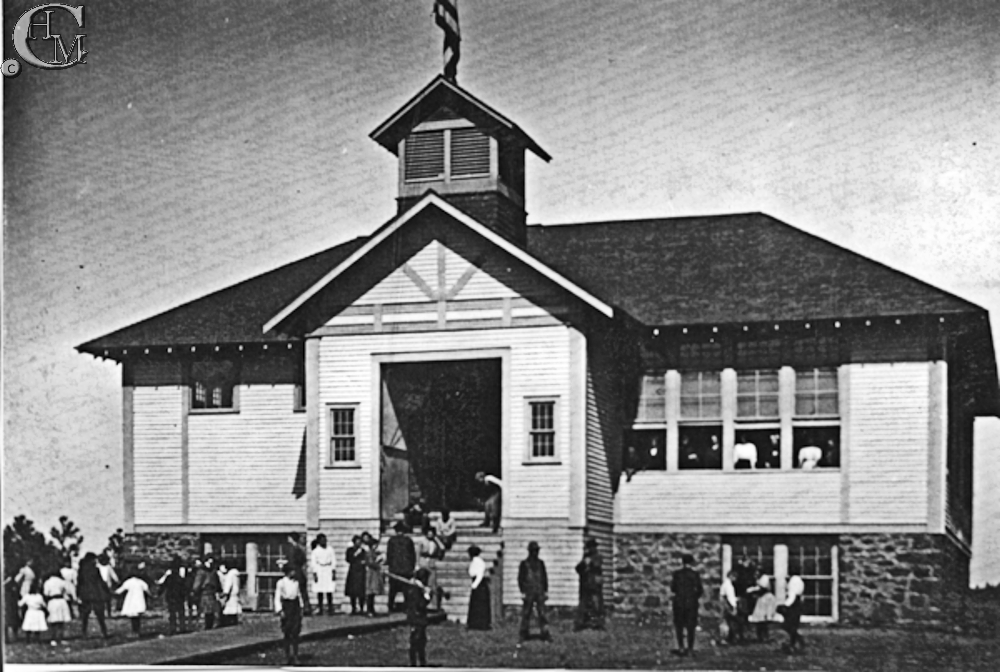 The Tyler school band about 1928 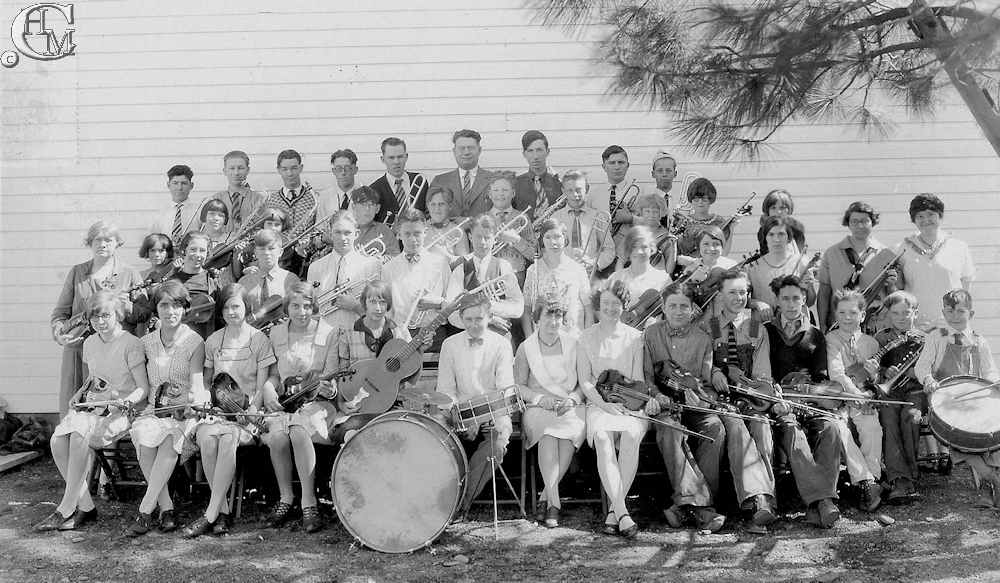 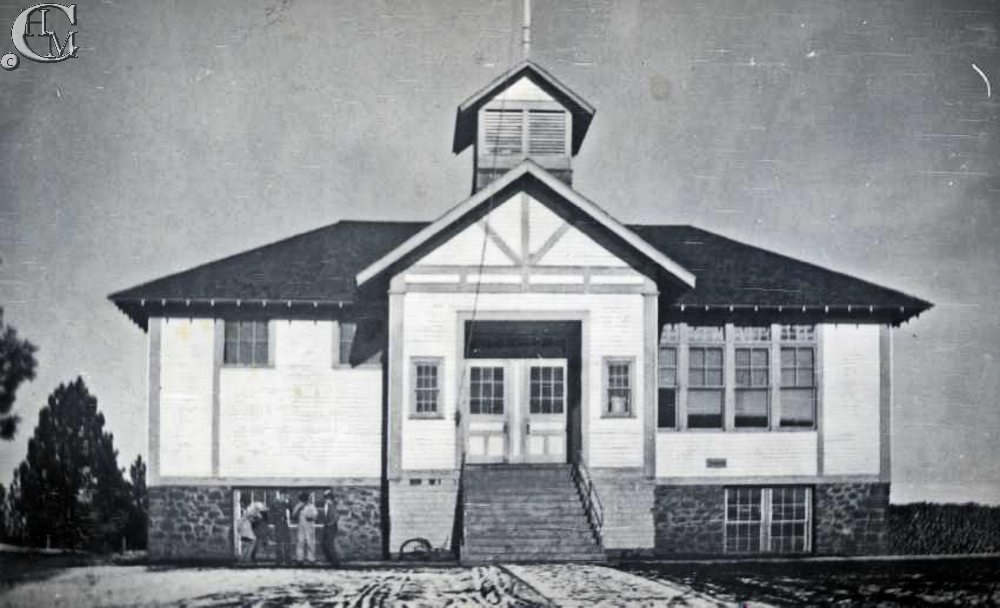 Teacher, Mrs. Brick with students in a classroom from about 1943. 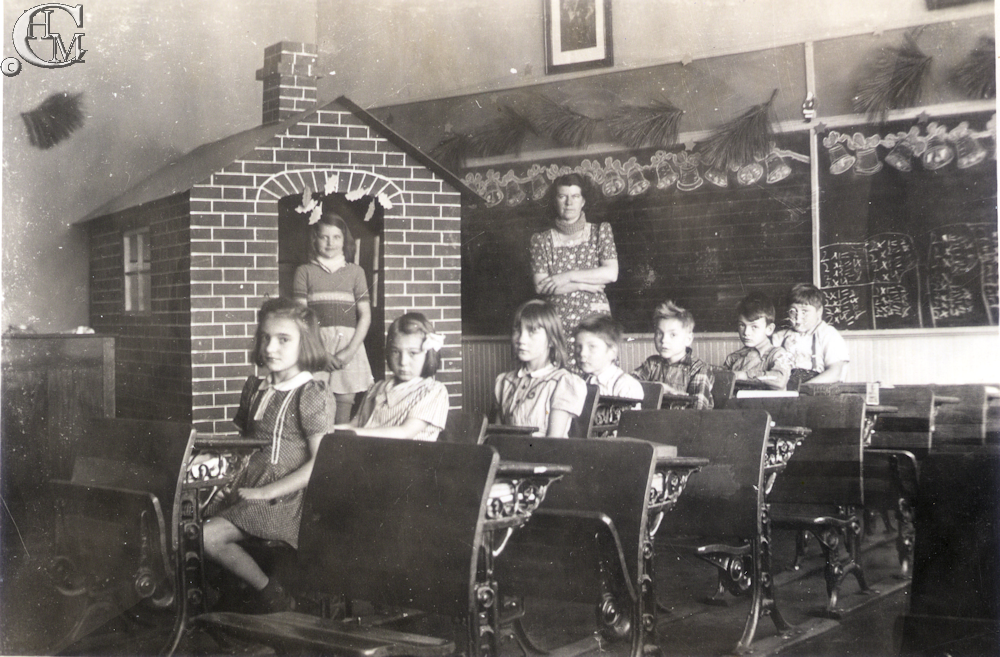 The Tyler School District #19 erected a larger schoolhouse about 1912.

“There were three grades to a room. The high school was in the same building. There was a horse barn for the kids to stable their horses in and a shelter for cars to park. " Arley Heyer, December 1, 1994.

Originally, there were two horse barns near the schoolhouse. Students who rode to school were responsible for bringing food for their horse.

The high school graduating class at Tyler was in 1919.

The Tyler schoolhouse also served the community as a place for dances and as a meeting hall for the Tyler Grange.

In 1936, Tyler became Consolidated District #316. About the same time the district discontinued offering high school courses, and students either went to Cheney High School or Sprague High School to complete their graduation requirements. The school continued to teach 1st through 8th grade students.

In 1958, the Tyler District merged with Cheney School District and the Tyler school closed. The Tyler Grange bought the schoolhouse and grounds, remodeling and updating the building.

Disaster struck on July 9, 1960 during a firestorm that swept through southwest Spokane County,

"An out-of-control brush-and-timber fire, near Williams and Badger lakes, had already burned down four houses and was threatening more farms and ranches in the vicinity. The fire swept through part of Tyler burning the old school down. The fire was “spreading faster than men could run.”

The fire apparently started along the railroad tracks. Hot weather contributed to the problem.