This building was owned and constructed by John Watson in 1876. Watson was originally from England and arrived in Janesville in 1856. He was a contractor that specialized in building bridges and culverts for different railroad companies. This home was later owned by Watson`s son in law, Orion Sutherland, and is now an apartment duplex. 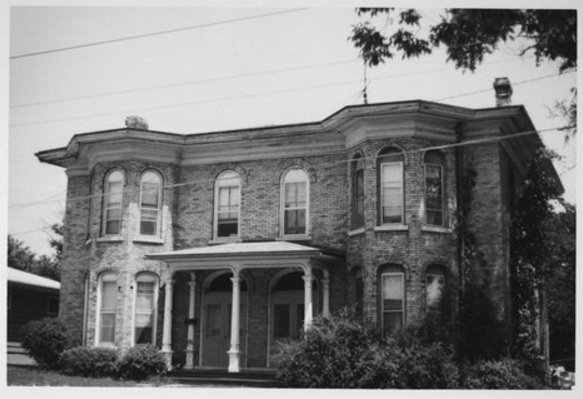 This home was designed in the Italiante style. Notable features in this architecture include: flat roof tops, overhanging eaves, tall narrow windows, and front porches with decorative columnns. the Italiante design was immensely popular in 1850s to 1870s all across the Midwest in homes and commercial structures.