Built in 1855, St. David's Episcopal Church is one of Austin's oldest buildings. It was designed by its first minister, Edward Fontaine, in the Gothic Revival style. At the time of its construction, it was only one of a dozen Episcopalian churches in Texas. The church formed as a merge between two other congregations, Christ Church (formed in 1847) and the Church of the Epiphany (established in 1851). Many prominent Austin citizens belonged to St. David's including James H. Raymond, Assistant Treasurer of the Republic and later Treasurer of the State of Texas, and Dewitt Clinton Baker, author of the first history of Texas in a series of newspaper articles and helped establish Austin's city library. The church is listed on the National Register of Historic Places.

St. David's Episcopal Church was built in 1855 and is among the city's oldest buildings. 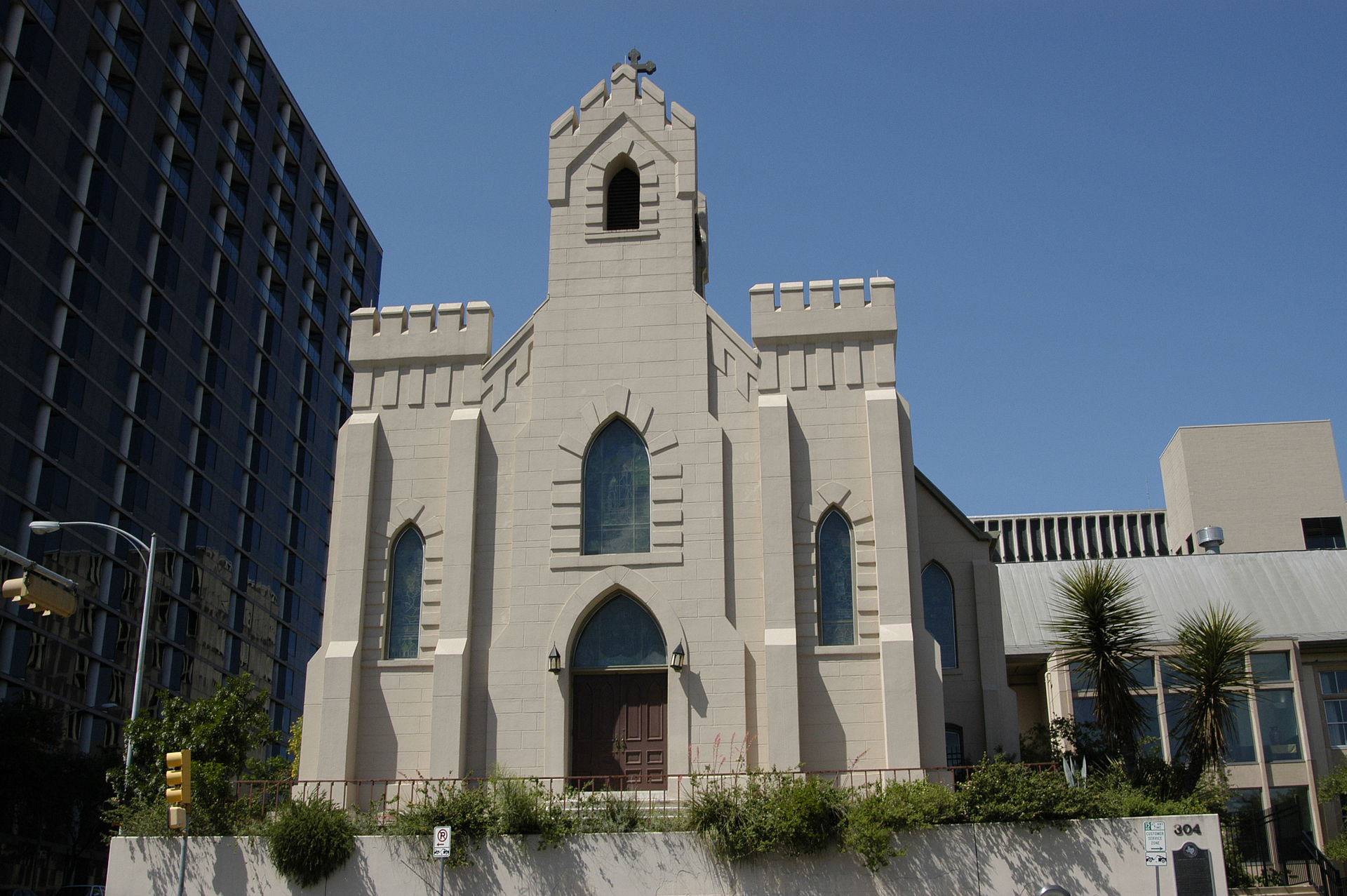 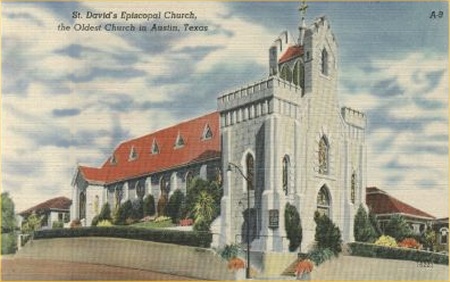 Over the years the Gothic-style church building has undergone a number of expansions and renovations. The first major changes occurred in 1874, when Gothic towers and parapets were constructed, and the sanctuary was moved to the building’s south end. In 1887 the building was expanded through the removal of the original east wall. A library and bookshop were established during the 1940s. A new parish hall was added in 1966 and named Sumners Hall in honor of the church’s Rev. Charles Abram Sumners. A parking garage was constructed in 1988 and the most recent expansion, a four-story series of offices and classrooms, was built in 2001. In addition, the church features twenty stained-glass windows installed between 1874 and 1969, with eleven of them being over a century old. Self-guided tours of the church building are available seven days a week, while guided tours are available through reservations.

St. David’s Episcopal Church has historically been very active in the community. In 1924, the church purchased the former Physicians and Surgeon's Hospital, converting it into St. David’s Hospital. The hospital would eventually grow to become St. David’s HealthCare, a system of 110 health care facilities, including seven hospitals, across Central Texas. During the World War II era ,St. David’s created the Church of the Good Shepherd in West Austin, two schools, and a chapter of the Order of St. Luke. The church continues in its mission of community outreach today with multiple volunteer programs, including providing laundry and meals to the homeless. St. David’s also has a variety of different ministries and musical groups.