Constructed in 1931, The Paramount Theatre is an incredible Art Deco performing arts and movie palace with 3,434 seats. It was designed by architect Timothy L. Pflueger. Construction on the theatre began in late 1930 and was completed in 1931, with the grand opening on December 16, 1931. The building fell into a state of disarray for three decades until it was purchased by the Oakland Symphony Orchestra Association in 1972, which completed the restoration of the building. On January 7, 1975, the Paramount Theatre was designated as an Oakland Landmark and in 1976 the theatre was listed on the National Register of Historic Places.

The Paramount's neon sign lit up at night time. 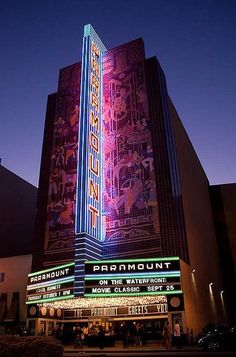 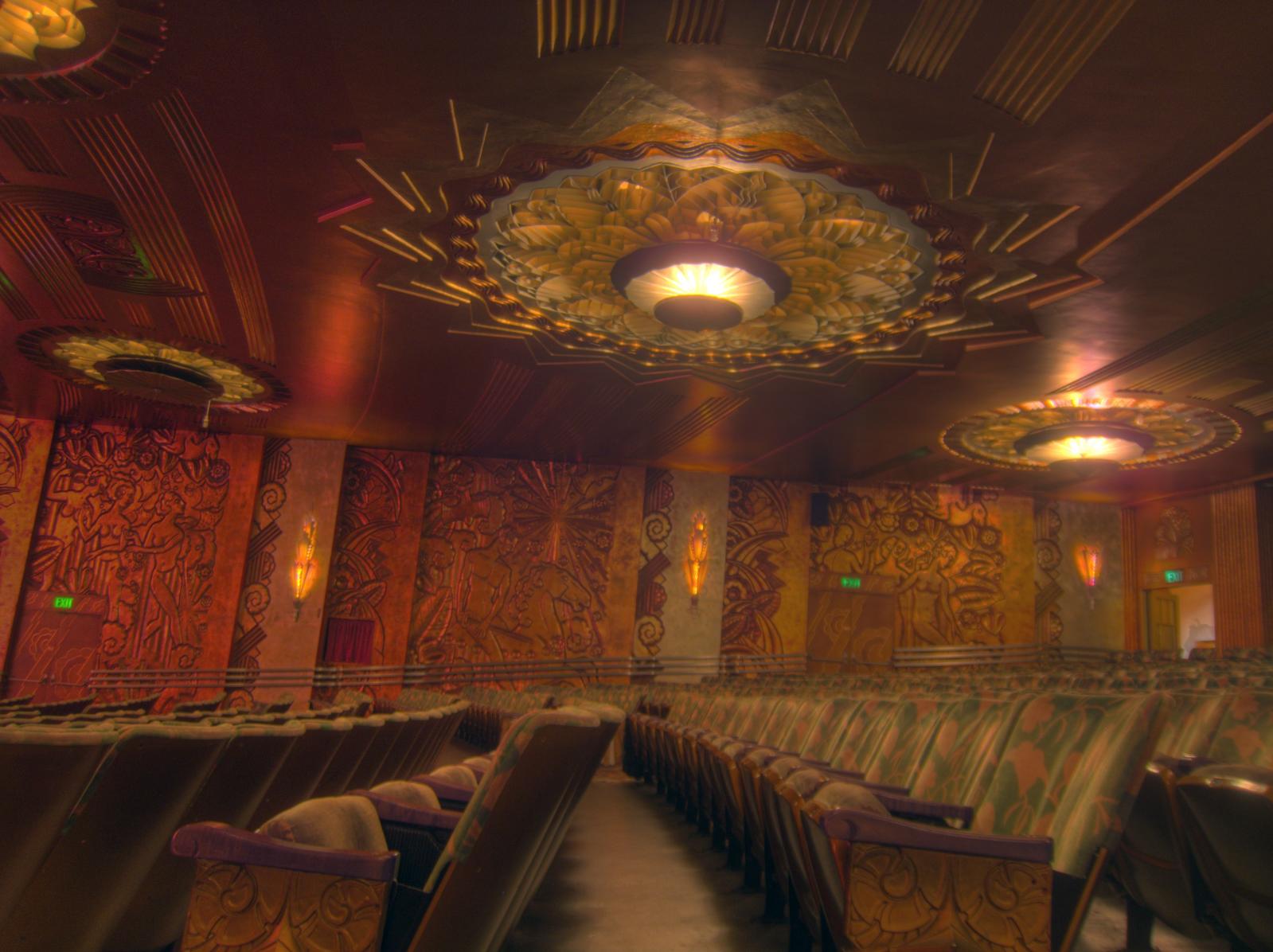 The Paramount Theatre was originally conceived as a movie palace during the rise of the motion picture industry in the late 1920s. In 1925, Paramount Publix Corporation, the theater division of Paramount Pictures, began a construction program resulting in some of the finest theaters built in the United States.

The Paramount Theater in Oakland opened at a cost of $3 million on December 16, 1931. The gala premiere on the Grand Opening was attended by Kay Francis, star of the opening film, The False Madonna, as well as cast members Conway Tearle, Charles D. Brown, Marjorie Gateson and William Boyd. Other notable guests included California's Governor James Rolph and Oakland mayorMayor N. Morcom.

In June 1932 the Paramount closed after being unable to meet its operating expenses of over $27,000 per week. The Paramount stayed closed for nearly a year. When it reopened in May 1933, it was under the management of Frank Burhans, who was commissioned to get the Paramount out of debt. His method for achieving this was to operate without either a stage show or an orchestra, and to unscrew light bulbs in an effort to reduce energy expenses.

In the 1950s, popcorn machines and candy counters were installed, and on the lobby walls the incandescent lights were taken out and replaced by neon tubing in red and blue. But despite the theatre's success, it was losing customers to television towards the end of the 1950s and 1960s.This forced the Paramount to close for a second time in 1970 as it just couldn't compete with the smaller movie theatres.

Seeing an opportunity, a group of seven private citizens banded together and approached city officials with the idea of managing and operating the Paramount on behalf of the city as a nonprofit organization. They agreed, and the management structure has remained to this day.