The former home of dancer Florence Boynton and her family, the Temple of Wings is a remarkable structure. Boynton was a dancer in the style of Isadora Duncan, and her students danced wearing Greek-style robes. In keeping with her fascination with Greek culture, Boynton had her home built to resemble an ancient Greek temple.

Historical marker at the Temple of Wings 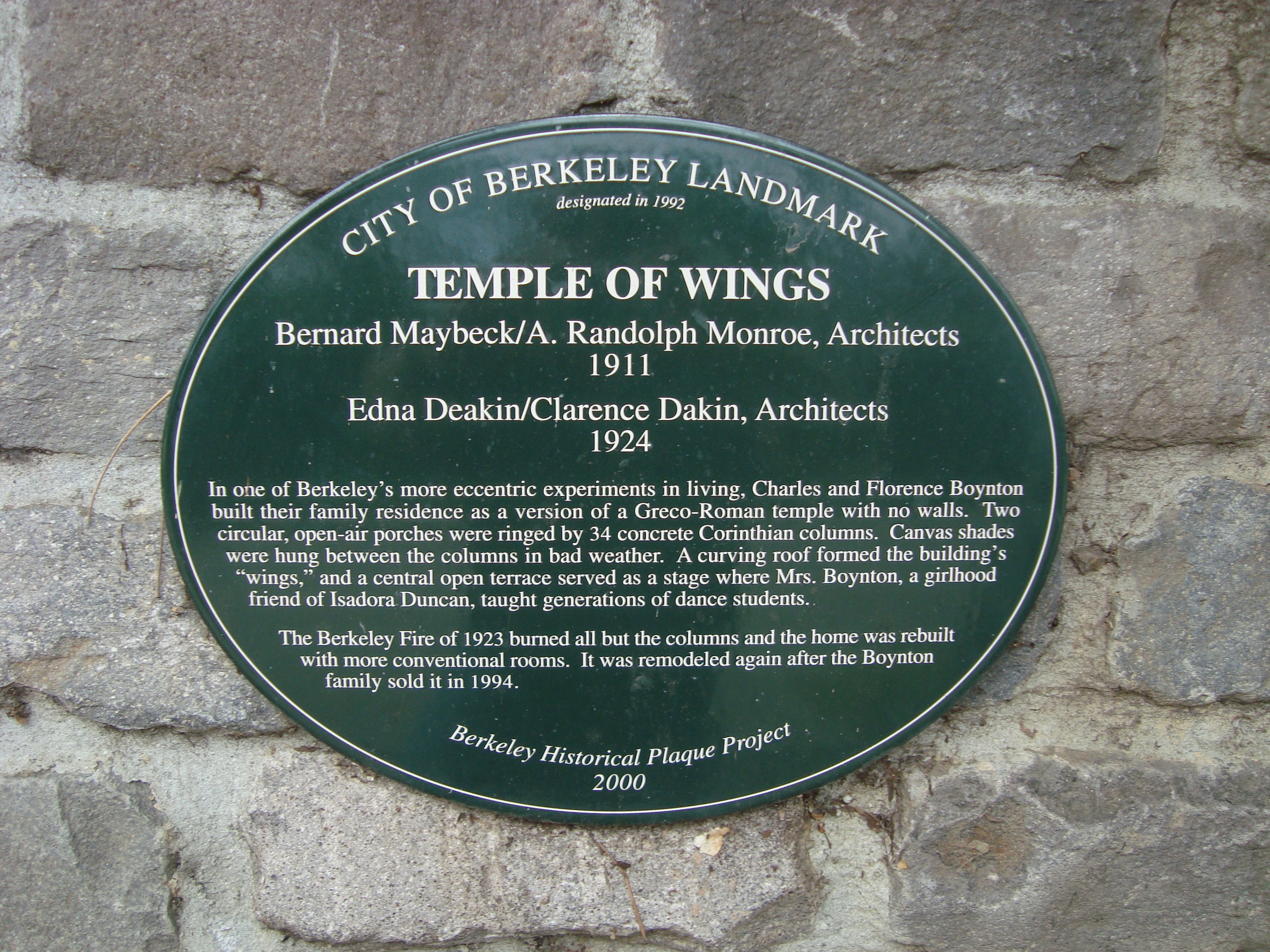 As a child in Oakland, Florence Treadwell Boynton was a friend of the young Isadora Duncan, who would become one of the most celebrated figures in modern dance. Boynton was apparently influenced by her childhood friend, as she adopted some of Duncan's Greek-style dancing and clothing in her own performances. And in 1914, Boynton decided to build her family's home in the style of ancient Greek temple.

The home, which Boynton called the Temple of Wings, was designed by Bernard Maybeck in 1911. After some disagreements with Maybeck, the home was completed by A. Randolph Monro in 1914. It was an incredible home: two huge domes held aloft by thirty-two Corinthian columnns which were two stories tall. The home was built without walls, but with large canvas curtains that could be lowered in the event of inclement weather. Otherwise, aside from strategically placed trees, the Boynton family lived in close communion with nature. Inside, the home was filled with Greek-style furniture and sculptures that were chipped and broken to give the impression of being authentic ancient pieces. The inside of the domes that served as the home's roof were painted with celestial bodies.

The remarkable home burned in the 1923 wildfire, leaving only the columnns. When the Boyntons rebuilt their home, they built a more conventional two-story walled structure within the framework of the columnns. The new home was built around a large central courtyard and included two large rooms that served as dance studios.

Florence Boynton taught modern dance in her home for years, along with one of her daughters and a son-in-law. The Boyntons eventually had eight children, and even in Berkeley, were regarded as eccentric--both for their unusual home and their unorthodox lifestyle.