Opened in 1922, the Telegram Building served as the Portland Evening Telegram headquarters and production plant. The Telegram began operations in 1877 and was one of the four major Portland newspapers at the time of the building's completion. The Great Depression significantly affected the newspaper, resulting in fewer advertisers and subscribers. The Telegram merged with another Portland newspaper during the Depression but this measure was not enough to reverse the fortunes of the Times-Telegram. The new paper ceased operations in 1939. The building was vacant for much of the 1930s but was also home to a number of businesses during that decade and the post-war period. The building has been well-preserved and is now home to a bank.

By Paul Lowry from New York, EEUU de A (Telegram Building at Flickr) [CC BY 2.0 (http://creativecommons.org/licenses/by/2.0)], via Wikimedia Commons 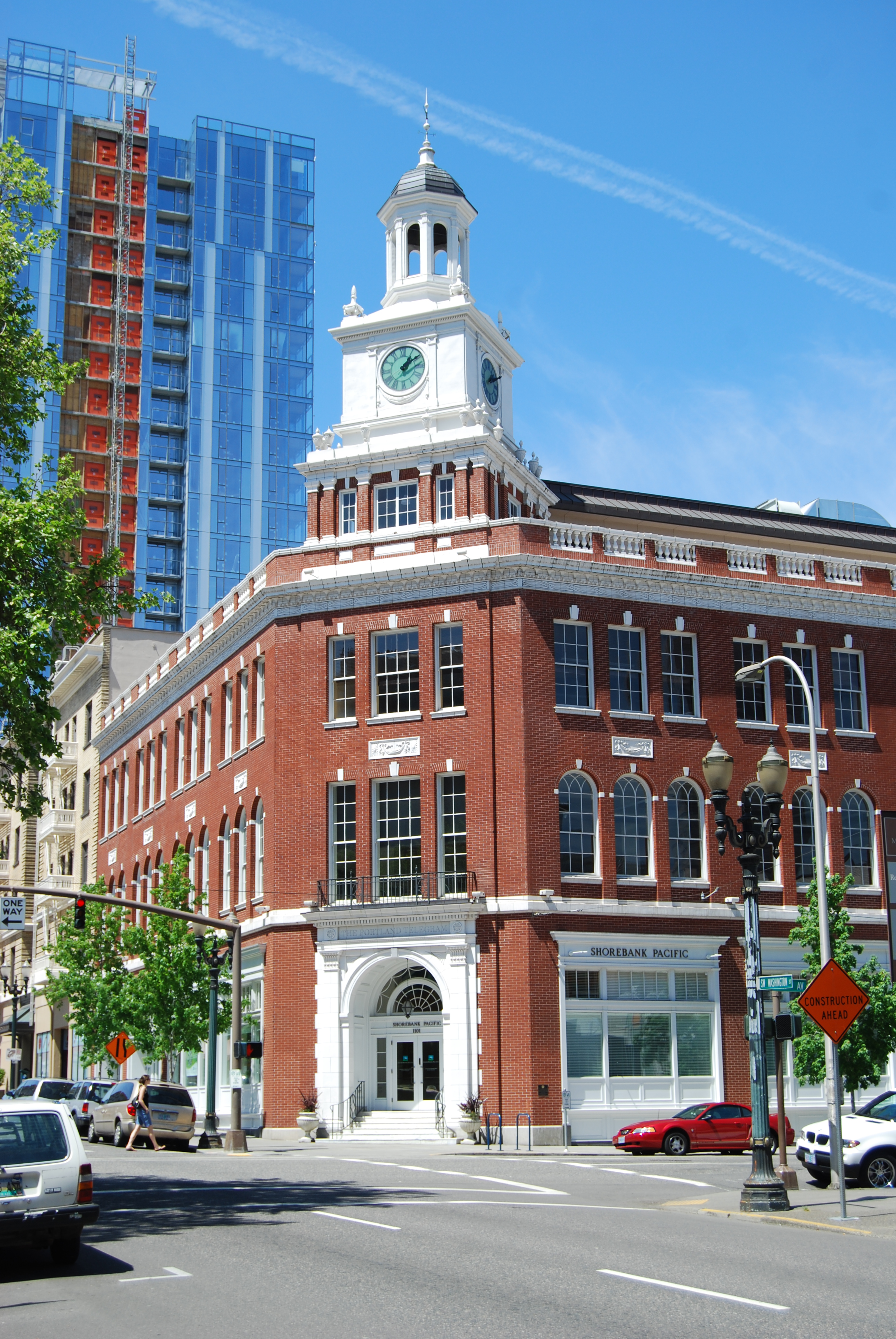 The Telegram Building during its time as the headquarters of the Portland Telegram. 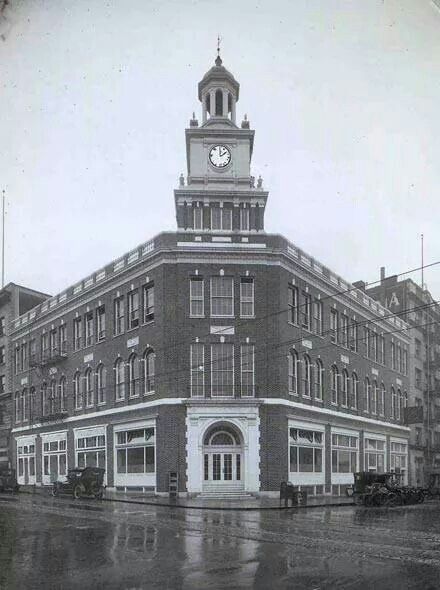 The 100-square-foot, three-story, Telegram Building, consists of brick on top of a basement and concrete foundation that resembles Liberty Hall in Philidelphia. The building opened its doors in 1922, serving as the Portland Evening Telegram's headquarters and production plant. Though the paper began in Portland in 1877, it existed as the third-ranked paper among the city's four daily newspapers in the 1920s. Most consider the Portland Evening Telegram a Republican-leaning publication.
The building's investor was J. N. Barde, his first venture in the real estate market. Before that, he enjoyed financial success in the scrap metal business, notably after brokering government surplus steel, ships, and munitions at the end of World War I. Although much of the building has been altered over the years to accommodate new ownership and modern inventions, items such as the press pits which remain in the basement but are boarded over. Column cap moldings, wall paneling and a curvilinear staircase with wrought iron railing have survived in the place where the Telegram's business office occupied the center of the main floor. As well, the paper's art department utilized a room in the brick base of the clock tower, which is arguably the building's most noticeable feature.

The Portland Evening Telegram had been founded in 1877 by Henry L. Pittock, who was also the owner of the leading daily paper, the Oregonian. In 1914, he sold The Evening Telegram to lumberman John Wheeler, who orchestrated the construction of The Telegram Building, which opened 1922.  In 1931, after the stock market crash that marked the beginning of the Great Depression, new owner E. W. Scripps merged it with the News and consolidated operations of the News-Telegram, which, for a time, stabilized the operation during tough economic times. However, by 1939, The News-Telegram finally ceased publication; the Great Depression proved too daunting of an economic climate for the paper to survive.
The Telegram Building remained vacant until 1938 when radio station KLX moved into the facility -- they occupied the building for three years. The building host numerous retail outlets for much of the twentieth century and now, today, exists the building is home to a local bank.