The Spahn Movie Ranch is a wide swath of land now contained within the Santa Susana Pass State Historic Park, just outside of Los Angeles, California. Originally built up as a movie ranch in 1920 by William S. Hart, the ranch served this purpose for decades, being utilized for many western films and television shows. In 1953, a dairy farmer named George Spahn purchased the ranch. It was under his care that the ranch gained infamy as the home of Charlie Manson in 1969. Police raided the building where Manson was living with 27 other "family members" on August 16, 1969.

A photo of the Spahn Ranch taken by the LAPD in 1969, sourced from Jeff Droke's history of the ranch. 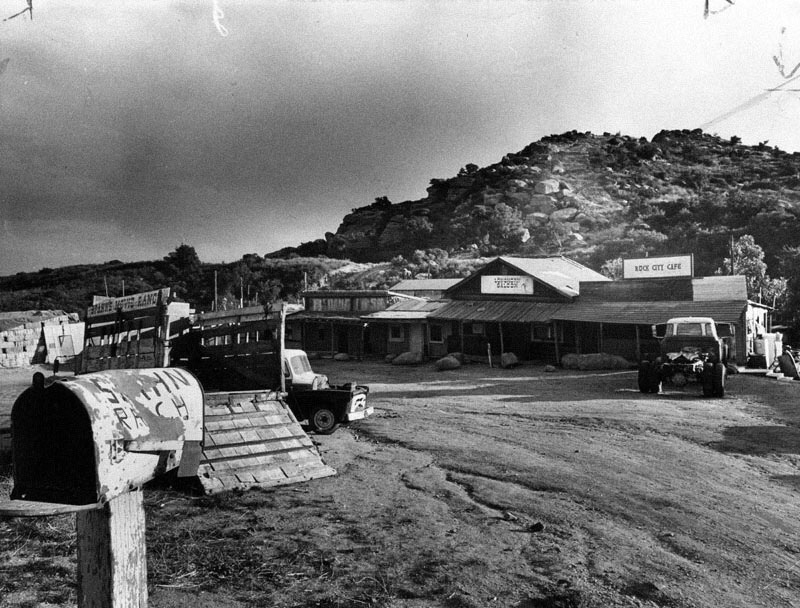 A photograph of one of the bedrooms used by the Manson Family taken by the LAPD in 1969, sourced from Jeff Droke's history of the ranch. 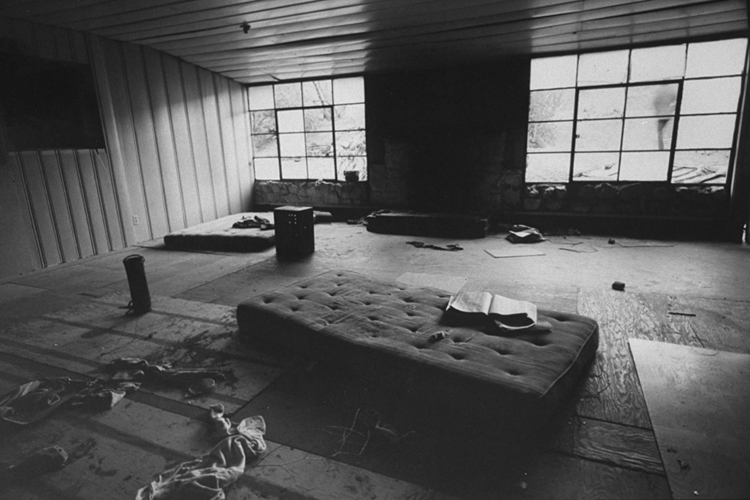 The land that would someday become the Spahn Movie Ranch was claimed by James Williams in 1897 as a part of the Homestead Act of 1862, which allowed adult citizens of the United States who had never fought against the federal government to claim 160 acres of land in territories and states west of the Mississippi.  About two decades later, during the rise of movie companies in Los Angeles, silent film actor William S. Hart purchased the land for use stabling movie horses he owned.  He went on develop it into land usable for western movie sets.

William S. Hart was one of the most popular film stars of the 1910s -1920s, starring in such films as Ben Hur in 1907 and The Bargain in 1914.  His filmography contains over 74 credits as an actor and just as many as a director and producer.  In 1946 the classic western Duel in the Sun by David O. Selznick was filmed on the ranch.  William S. Hart died in June of 1946 and the ranch then changed hands a number of times before being purchased by George Spahn in 1953.

For many years, Spahn used the ranch as it had been used for decades.  During the 1950s and 60s, the Spahn ranch was the home of sets for television greats such as The Lone Ranger, Zorro, and Bonanza.  As the 60s progressed and the popularity of westerns waned, the ranch’s primary income became the horse rental business Spahn ran on the land.

In 1969, Spahn allowed the infamous Manson Family Cult to move onto the land.  He allowed them to live there without any requirement of rent in exchange for labor upkeeping the land, home, and help with the horse rental business.  During their stay at the ranch, the Manson Family planned and enacted the horrific Tate-LaBianca murders, which received nationwide attention.  Despite his provision of housing for the Family, and his involvement with many of the members, Spahn himself was neither involved with the murders nor was he charged as such.

In 1970, the film sets and residential areas of the Spahn Movie Ranch were destroyed by a wildfire.  George Spahn passed away in 1972, and the ranch fell out of use.  Through the late 1970s and all the way into the 1990s the State of California began purchasing land for the creation of the Santa Susana Pass State Historic Park, which included the land once used for the Spahn Ranch.  While the main entrance to the Spahn Movie Ranch is out of use as of the publication of this article, the historical land of the ranch can still be accessed from the other entrances of the Santa Susana Pass State Historic Park.

Spahn Ranch. Wikipedia.org. Accessed June 20, 2017. https://en.wikipedia.org/wiki/Spahn_Ranch. A compilation of many sources about the ranch

Droke, Jeff. The Spahn Ranch: From Hoss Cartwright to Charles Manson. JeffDroke.com. Accessed June 20, 2017. http://jeffdroke.com/Spahn%20Ranch.htm. A summarized history of the ranch and a journal of a personal visit to the ranch