Two well preserved historic "Shotgun Houses" located in the Roanoke Park Historic District -- the National Register of Historic Places registered this district as a well-preserved example of early 20th century dwellings preserved in their most natural architectural styles. Of particular interest are two historic "shotgun houses." This style home originates from West Africa and Haiti and is a cultural example of early African American architecture. 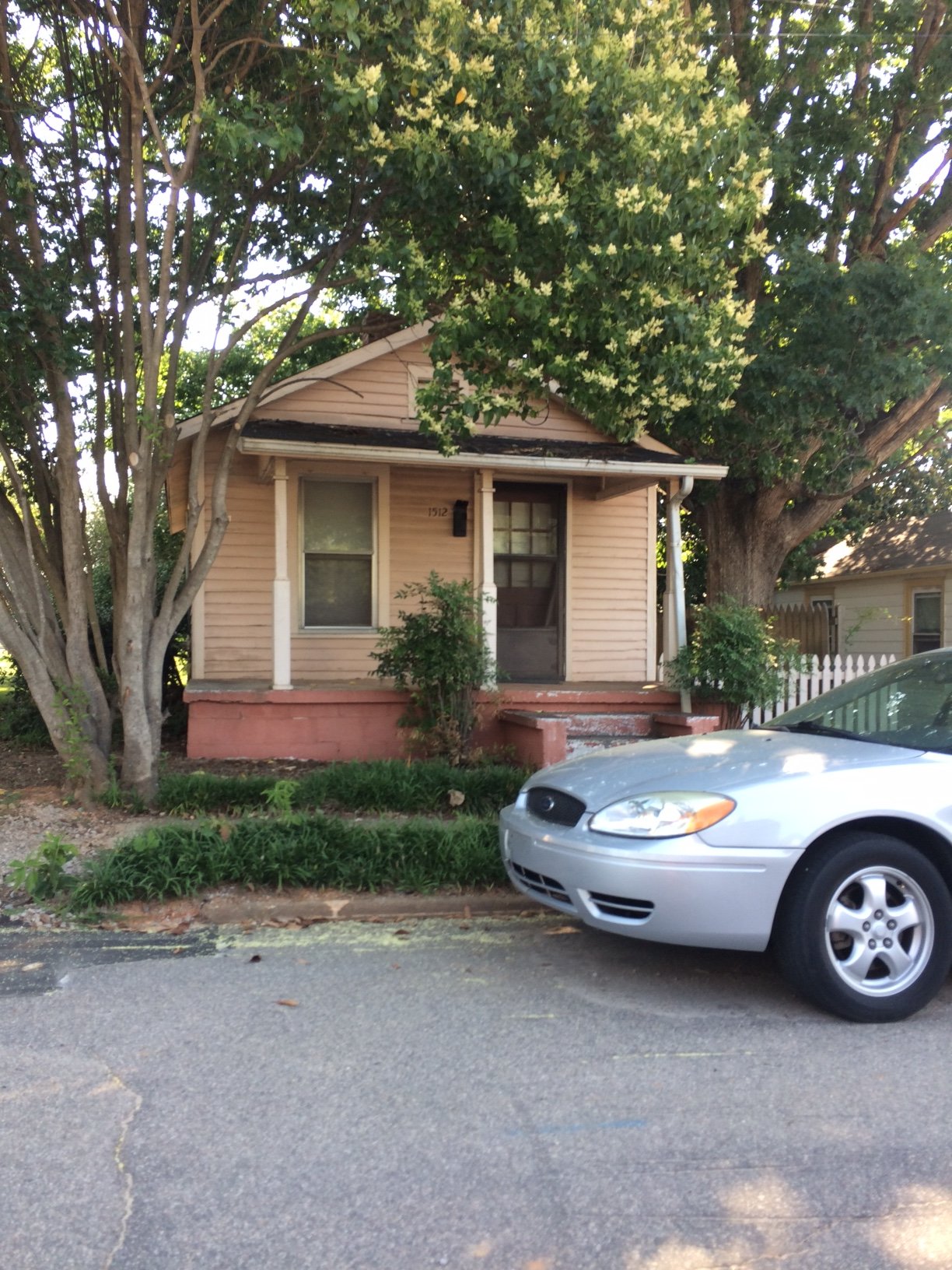 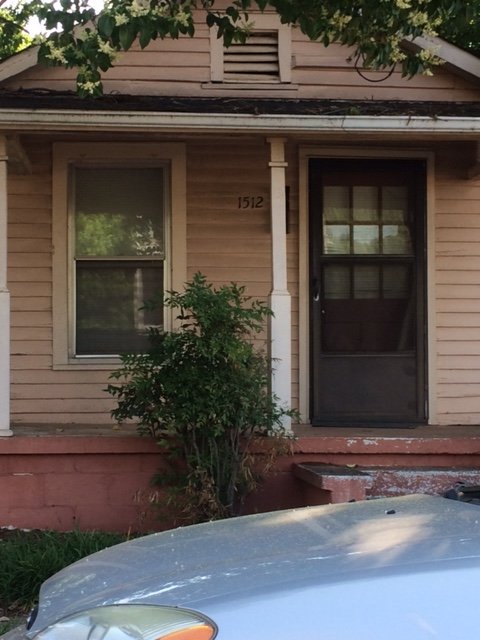 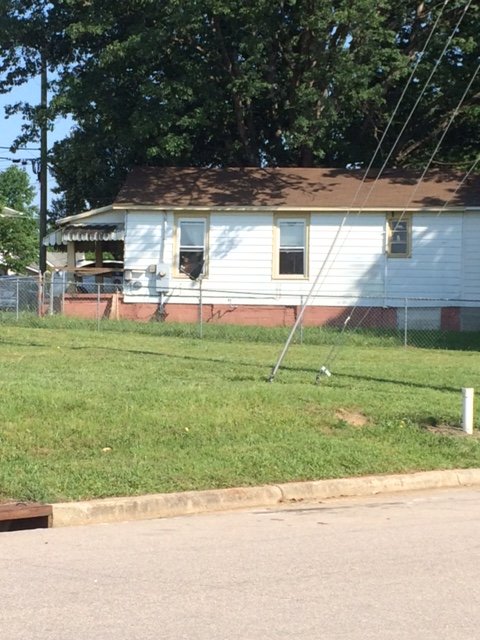 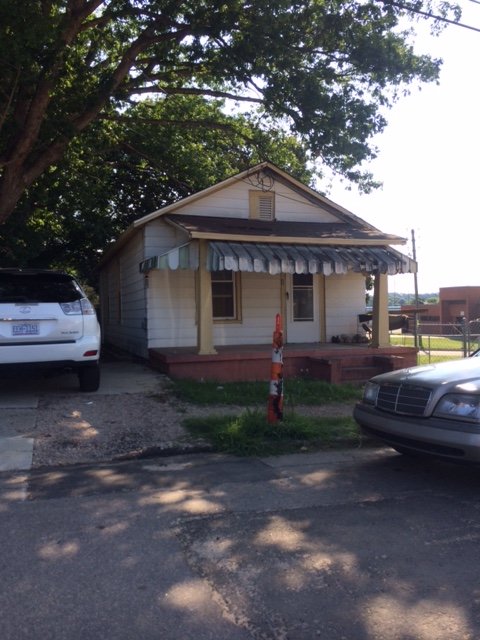 Although the Google Maps feature of this site doesn't do justice to the two homes referenced above --in fact, it only shows one of the two homes-- I will give a brief description of these two particular Raleigh houses first; followed then by the exciting historic backstory of the cultural African American architecture of this housing design.

Nestled just on the outskirts of Raleigh, NC. lies a quaint neighborhood known as the Roanoke Park Historic District.  What sets this distinct neighborhood apart from others is its many early twentieth century residential homes built between 1913 and 1926.

According to the National Register of Historic Places, this registered district is a well-preserved example of early 20th century dwellings preserved in their most natural architectural styles, which were unique and popular at the time and still enjoyed today.

These two "Shotgun Houses" can be described as houses one story tall, one room wide, and several rooms long --with a porch.  Folklore has it that you can shoot a shotgun through the front door and it will exit through the back door unimpeded. Source 1

The “Shotgun House” is a residential house design introduced to America by both slaves and freeman from West Africa and Haiti.  Shotgun houses usually have two or more rooms directly connected and laid out in a straight line without hallways. Folklore has it that you can shoot a shotgun through the front door and it will exit the back door unobstructed.  Source 2

In many circles, it is believed that another African contribution of the shotgun house was the introduction of the first “front porch” in America; previous to it, in the colonies and elsewhere in America, only balconies existed. Source 3

The cultural contribution of the Shotgun house from Africa to America in the early 19th century is an ingenious assimilation of African immigrants (slaves) to their new environment.  In addition to the front porch, this style of dwelling is particularly suited to the hot climates of the south.  A cool breeze can flow directly from the front of the house through the back (where the kitchen was typically placed). In the winter, the house-centered chimney provided equal heat to all openly adjoining rooms. Source 4

Despite the folklorist name- association of “shotgun” and today’s modern firearm, the house’s name “shotgun” is purported to have originally come from the African Yoruba word “shogun” which means “God’s House.”  Another theory is that the name originates from a Dahomey (former African kingdom) word “to-gun” which means “place of assembly.”

Given the narrowness of the structure, shotgun houses do not occupy much land-space (which for the original African architects was historically in short supply).  Although the design and functionality of shotgun houses were culturally African in origin, all races quickly adopted this style of home due to the beautiful simplicity of the shotgun houses’ design, inexpensive building material requirements, and small land footprint.

Property taxes were another consideration for shotgun house residents.  Since many cities based their tax rate on the width of a residence, the mere 12 feet width span of a typical shotgun house resulted in low taxes.

One of the earliest shotgun houses on record (Notarial Archives of New Orleans) was sold in 1833.  Following the Civil War the shotgun house became a “symbol of freedom for newly freed African Americans and became a means of defining themselves and a lifestyle unique to their culture.” Sheryl Tucker, “Roots: reinnovating the African-American Shotgun house, Houston,” Place 10 (1995) p. 64-71.

Beginning in the early 1900’s shotgun houses were strategically zoned close to urban industrial complexes. Proximity to industrial workplaces was paramount in the minds of planners.  Shotgun houses were seen as the homes of common workman --sometimes referred to as blue-collar workers.  In many instances, this was the only affordable type of freestanding home available to African Americans and immigrants.

Often industrial complexes built shotgun houses for their workers. An example of this is during WWII's Manhattan Project Project at the Los Alamos nuclear site.  Housing for the military comprised of an assortment of housing designs --including shotgun houses. Source 5

Companies found the shotgun design to be economical and practical. "It was quickly assembled, it required neither blueprints nor skilled carpenters, it used locally available and inexpensive materials, and it was portable and durable. The houses could be either loaded intact on railroad flatcars or quickly disassembled into six or eight pieces (roof, walls, floor, and room partitions) and relocated to or rebuilt on a new site." Source 6

Despite the sometimes-undesirable aspect of shotgun houses being in such extreme proximity to other neighboring houses, they afford occupants the privacy of a self-contained and detached dwelling, while at the same time allowing occupants to enjoy a sense of community.

Shotgun houses are not extinct by any means.  They can still be found in many urban settings throughout the south.  In fact, New Orleans has over 25,000 well-preserved shotgun houses.  Unfortunately, due to the age of these dwellings, in conjunction with their low cost leave many with the perception that a shotgun house is synonymous with “black poverty.”

Fortunately, many generation-X and millennials are choosing to renovate these historic homes in beautiful artisan ways.

Fun fact. In 1935 Elvis Presley was born in a shotgun house built by his father and grandfather in Tupelo, Mississippi. The house cost $180, which originated from a bank loan. When Vernon Presley (Elvis’s father) defaulted on the loan in 1937, the bank repossessed the house; Elvis was two years old at the time. Source 7