Le Petit Trianon is named after two separate French estates, the first being Louis XIV’s Grand Trianon (1688) and Louis XV’s smaller version, Petit Trianon which was completed in 1768. Built as a country estate in 1892 by Charles Baldwin and his wife, Ellen Hobart Baldwin, Le Petit Trianon served as both a winery and entertainment venue. It was named due to its scaled-down architectural similarities to Le Grand Trianon and passed through various owners prior to falling into disrepair. It is now home to the California History Center, a program of the Social Science Division of De Anza College, and the California History Center Foundation. It was added to the National Register of Historic Places in 1972.

Home to the California History Center, Le Petit Trianon was moved twice from its original location and saved from the wrecking ball during the 1960s. 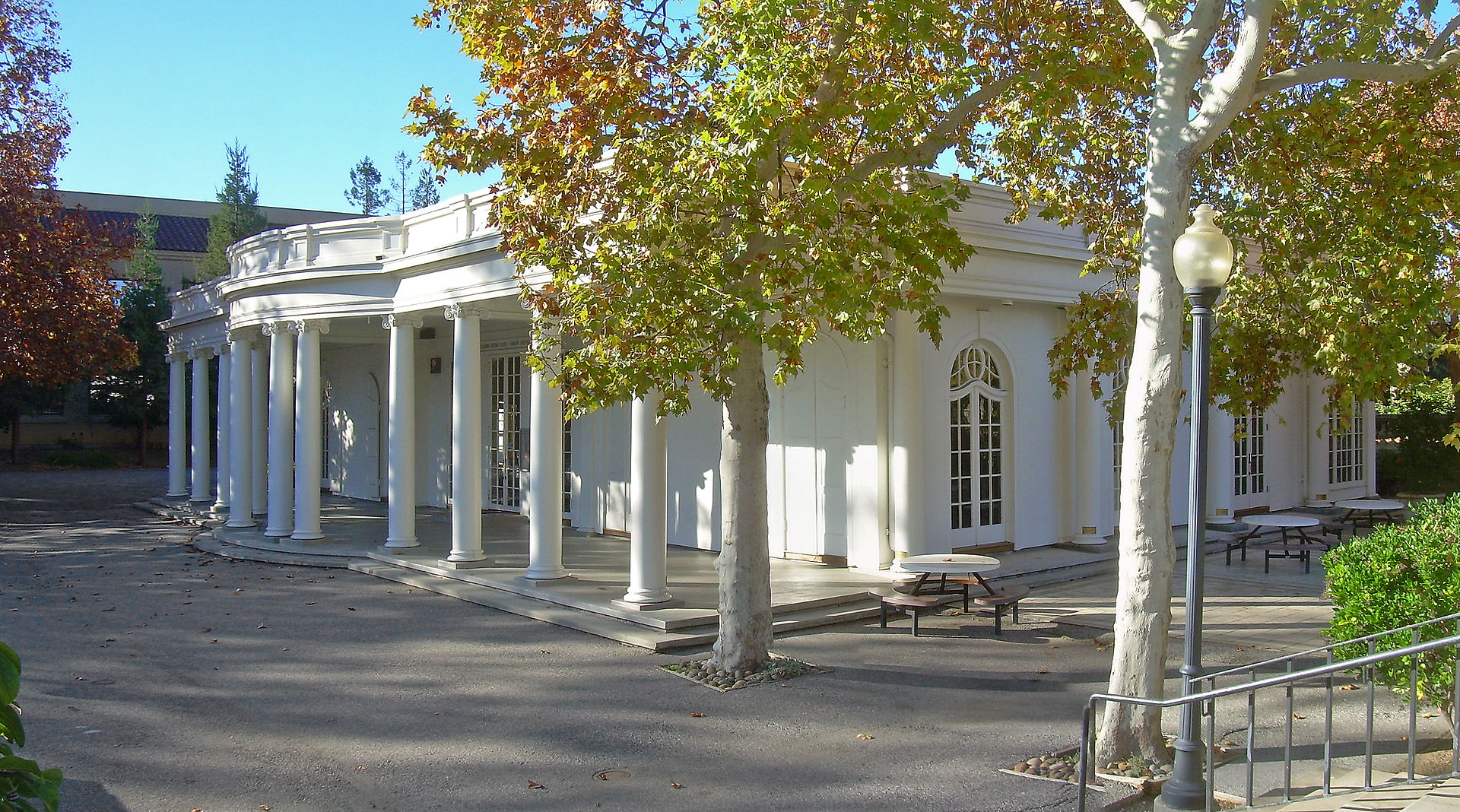 An image of Le Petit Trianon prior to falling into disrepair.

What's left of the grand gardens and vineyards that once surrounded Le Petit Trianon. 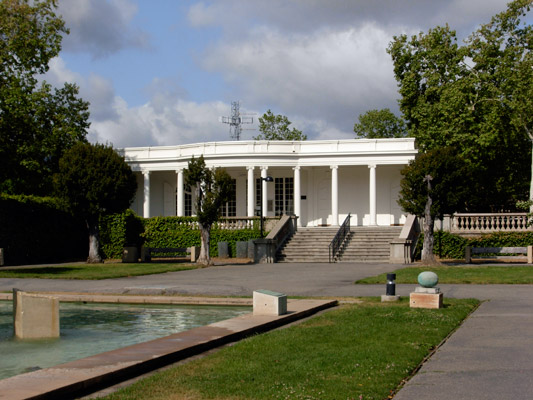 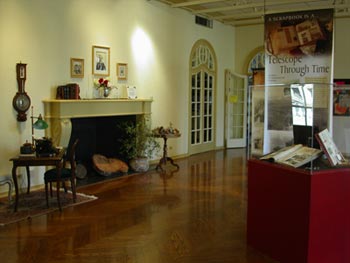 Built as a country estate by the Baldwins, Le Petit Trianon featured a main house, vineyards, underground cellars, and various outbuildings.  The main house was modeled after Louis XIV’s Grand Trianon to include its columnns, pilasters, windows and shutters.  Architect Willis Polk designed a house with Ionic columnns, arched windows, and ornate dining room, grand salon, and library.  It also featured a sunken garden complete with reflecting pool.  Its out-buildings included a barn and cottages for the ranch hands and guests.  The Baldwin’s used their country estate to hold elaborate parties, complete with electricity and the area’s first automobile.

The country estate was later sold to Harriet Pullman Carolan, the daughter of railroad magnate, George Pullman, and her husband Francis.  Francis passed a short time later and Harriet then married Arthur Schermerhorn.  The Carolans and Schermerhorns continued the legacy begun by the Baldwins and used Le Petit Trianon as a country entertainment venue.  The vineyard was then sold to canning magnate, E. F. Euphrat in 1940 who, in turn, sold it to Foothill College in 1959 and the large stone winery became a bookstore.

The estate has been the home of De Anza College since 1965.  However, by the late 1960s the buildings had fallen into disrepair and local officials began plans for their demolition.  Local historian Louis Stocklmeir and college trustee Mary Levine created the Trianon Foundation to raise funds to save the venerable estate.  Together, they raised funds and had the estate listed on the National Register of Historic Places, effectively saving it from the wrecking ball.

The main building was then moved to make room for the Flint Center for the Performing Arts and sat on railroad ties until 1974 when a permanent location was finally secured.  The remaining buildings then went through extensive rehabilitation efforts that were completed in 1982.  Le Petit Trianon now offers public, local, and state exhibits, lectures, and workshops in conjunction with De Anza College.  It is now also home to the California History Center and the Stocklmeir Library that features material related to California and Santa Clara history.  It also features various exhibits, to include its annual “Day of Remembrance,” which examines the impact and legacy of Franklin Roosevelt’s Executive Order 9066 which established Japanese internment camps during World War II.  It also hosts temporary exhibits such as “A Woman’s Fight: The History of the Women’s International League for Peace and Freedom."