Penns Neck Baptist Church, also called Princeton Baptist Church, was built in 1812. At that time, the name of the community was Penn's Neck. The church is a simple one-story structure that features elements of Colonial, Federal, and Greek Revival architecture. It is situated along the US Hwy. 1, which is also called the Brunswick Turnpike. Other buildings on the site are the parsonage and the modern church education building. The land on which these were built was built once belonged to a man named William Kovenhoven, who built the parsonage (it was originally a tavern) in 1807. At the time of the church's construction, the community did not have a church and the closest Baptist congregation was too far away so it was decided that one should be established in Penn's Neck. The church was added to the National Register of Historic Places in 1989. 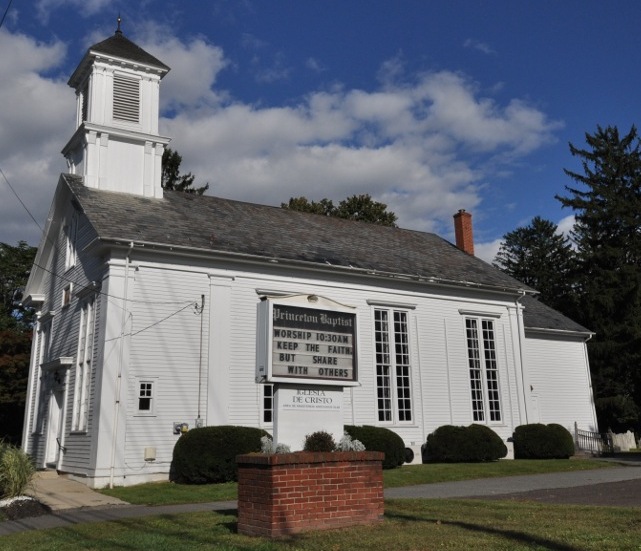