The historic Harlow Old Fort House was built in 1677 by William Harlow, an officer in the local militia. The home was built in the typical Pilgrim style and is a great representation of how the earliest settlers survived in New England. The home was placed on the National Register of Historic Places in 1974. Currently, it is operated as a museum and is maintained by the Plymouth Antiquarian Society.

The Harlow Old Fort House (Courtesy of Historic New England). According to the website, there is an inscription on the back on the photo which identifies it as "the oldest house in Plymouth." 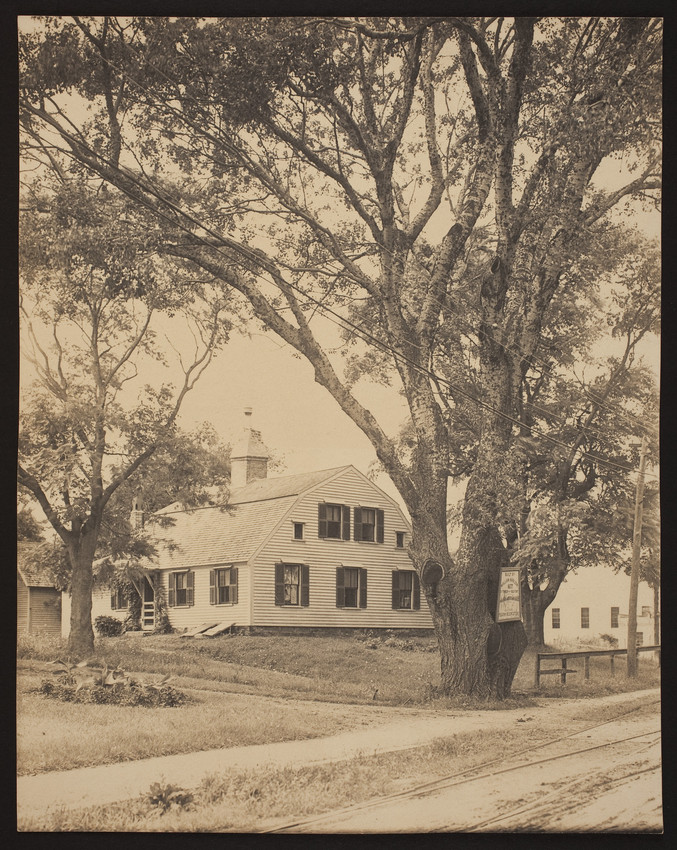 The house was built in 1677 by Sergeant William Harlow.  William Harlow was born in England around 1624 and had arrived in Plymouth by 1646.  He married three times.  First, he married Rebecca Bartlett in 1648.  Later, Harlow married Mary Faunce and finally Mary Shelley.  Between his three wives, Harlow fathered fourteen children.

Harlow worked as a cooper and held several minor, official posts in the local government during his lifetime. Harlow was also an officer in the local militia, who fought to protect the colony during King Philip’s War (1676-1677). When the war was over, the Pilgrim’s fort-house on Burial Hill, which Harlow defended, was torn down.  It is believed that Harlow used salvaged material from the ruined fort to build his home.  A jack pine beams runs from the great room, or “Hall,” into the next room, supporting the belief that the timber was previously used in another structure.

The Harlow House is a small, one-and-a-half story structure with a gambrel roof.  The “Hall” is the largest room on the first floor.  There is a large, brick fireplace in this room with an oven built into it.  Also in this room is an assortment of chairs, chests, spinning wheels and other items dating back to the seventeenth century.  The walls are covered by a plaster of clay and straw.  This is reminiscent of an old English technique that followed the early Pilgrims to the new world.

Towards the rear of the home, visitors will find the scullery and buttery (also known as the pantry).  The cheese press that sits in the scullery still functions to this day.  The children’s room, bedrooms, and storage rooms are upstairs. Outside the house, there is a corn patch, a well, and an herb garden in the backyard.  There is also an old wooden shed which had been utilized as a workshop, classroom and kitchen for the museum decades ago.  Then, the structure was remodeled and converted into a modern kitchen and dressing room while a new building was constructed for the workshop and classroom.

The home was owned by the Harlow family (William and his descendants) for nearly 250 years.  Ownership of the property was transferred to the Plymouth Antiquarian Society in 1920.  Members of the society worked hard to renovate the structure’s interior and exterior to bring it back to its original appearance.  In 1921, it was opened to the public as a living museum.  There is a docent dressed in early colonial clothing who tells visitors about the hard-working lifestyle of the Pilgrims, even showing them how to spin wool, dip candles, and cook as they would have done in the 17th century.

Admission to the museum is very affordable. Ticket prices are $5.00 each for adults and $2.00 each for children.

Wagner, Ruth B. Where The Present May Gain a Better Understanding Of The Past. The Harlow Old Fort House. Accessed June 13, 2017. http://www.harlowfamily.com/hofh/story.htm. Research by: Jane Baker