Thomas Shepherd’s Mill was built prior to 1739 and operated for two centuries. The mill drove the agricultural and economic development of the area in the 1700s and improvements to the mill reflect the transition from local rural milling to commercial milling for extended markets. Thomas Shepherd also founded the town of Shepherdstown, dividing fifty acres of his land into lots for settlement. Mecklensburg was officially chartered under Shepherd in 1762 and town renamed to Shepherdstown after the American Revolution. 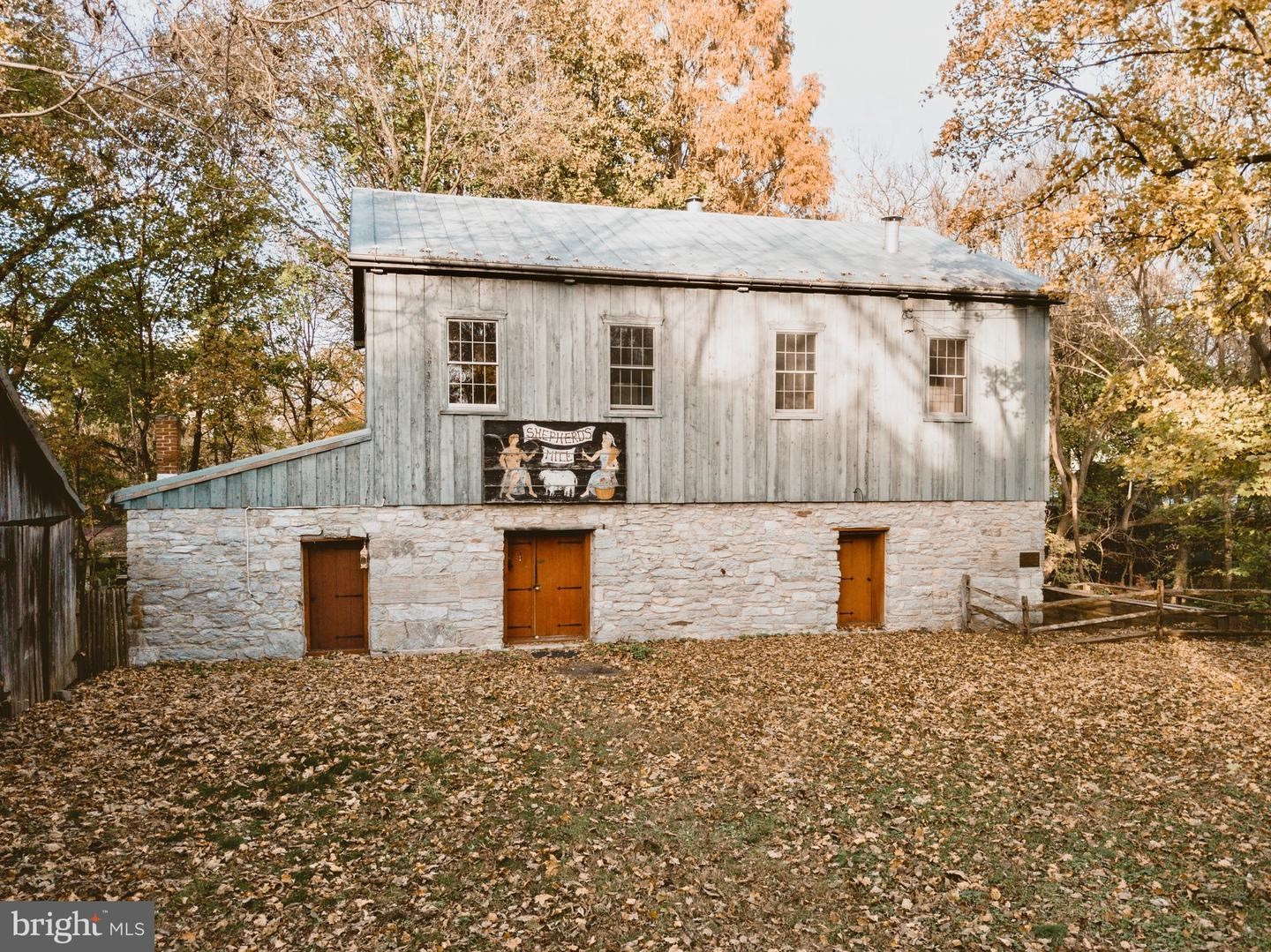 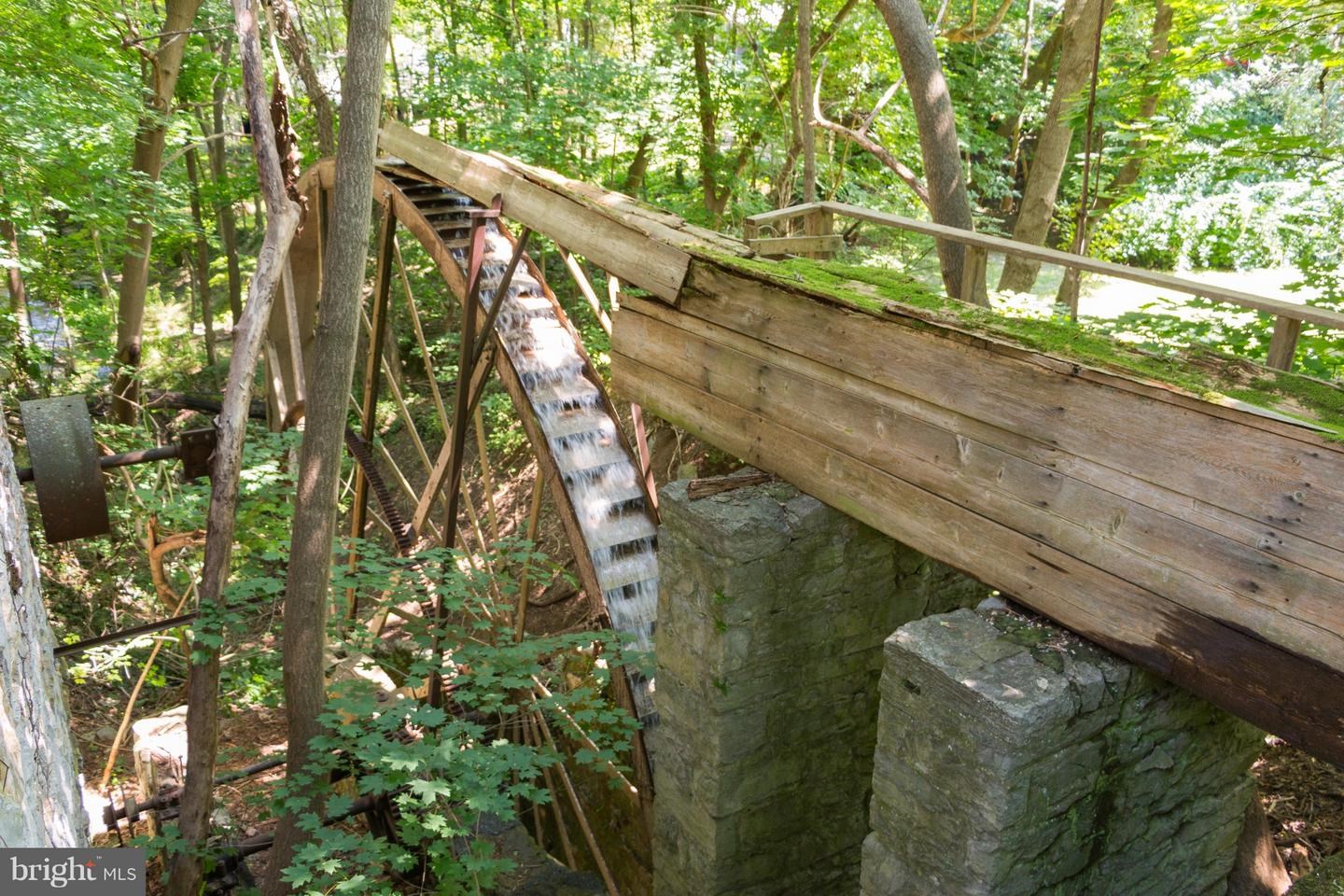 Sketch of mill and wheel 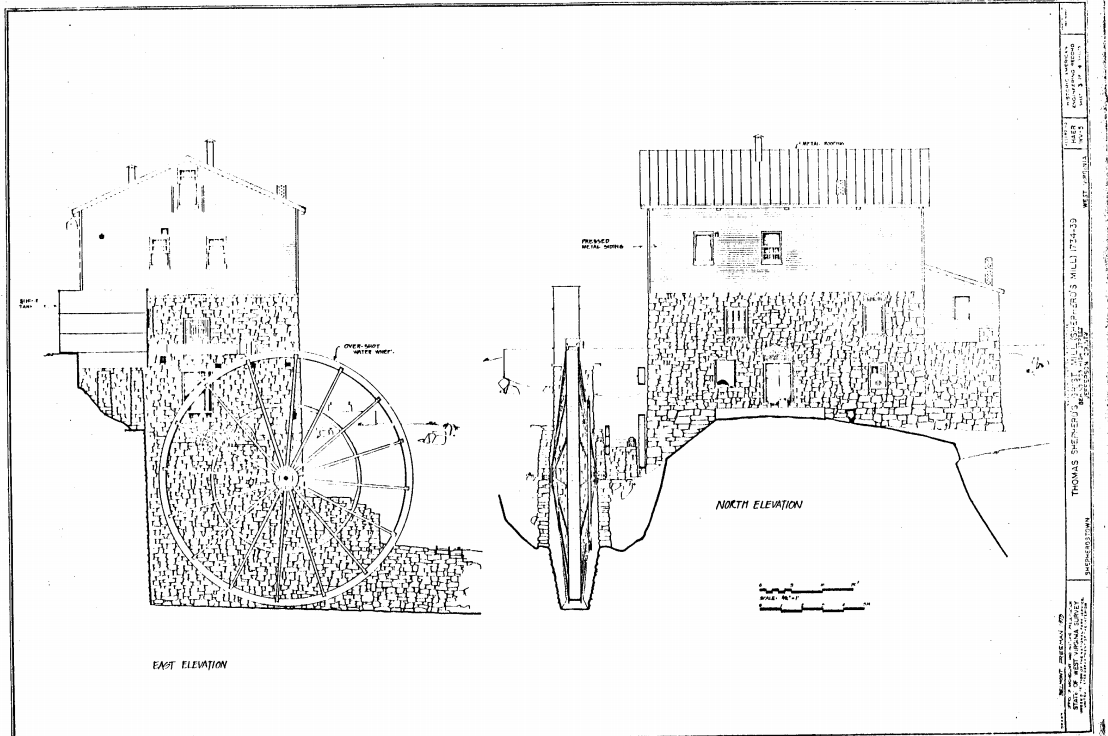 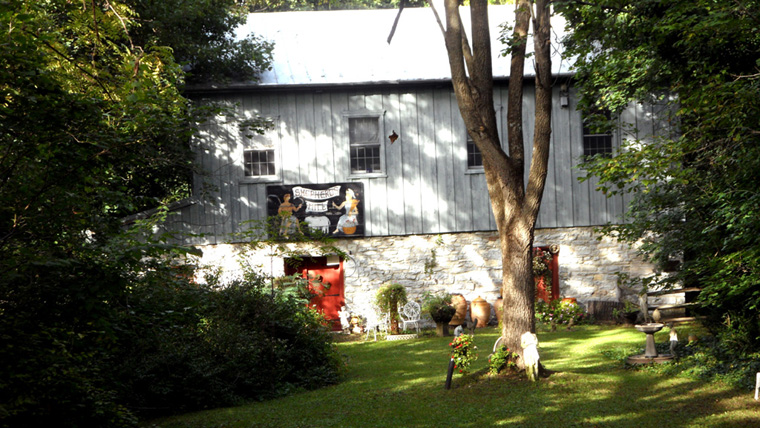 Thomas Shepherd acquired 222 acres of land on October 3, 1734 and constructed the Thomas Shepherd Mill within the next few years. It was in operation by April 1739 when it was referenced in the Frederick County Court Journal. Shepherd built his mill near the Pack Horse Ford crossing of the Potomac along a well-traveled route, first a Native trail to the ford crossing and then the Philadelphia Wagon Road (now High Street). Spring-fed Town Run powered the mill and was a draw to other settlers and craftsman coming to the town. Originally just the two-story stone structure with a wooden water wheel, Shepherd’s Mill was the largest in the area and greatly influenced the development of the region. According to a 1970s HAER (Historic American Engineering Record) Inventory, it is possible that the mill had five burr stones operating at a time, although only one remains with the building at present. As more wheat and grain farmers settled in the surrounding land, more grist mills were constructed to meet local demands and eventually process flour for a larger market. By 1810 there were thirty-one mills in Jefferson County and the northern neck farming community was connected to the markets on the coast sending products to other states and internationally. According to the nomination for the National Register of Historic Places “Thomas Shepherd with his grist mill inaugurated a ‘bread basket’ for the growing nation.” The Shenandoah Valley remained the breadbasket of the United States for several more decades, at least through the Civil War.

Eventually, Thomas Shepherd took fifty acres of his land and laid out ninety-six lots to create a town. The settlement was referred to as both Mecklenburg—the name given by early German settlers honoring Queen Charlotte of Mecklenburg (married to King George II)—and Shepherd’s Town. In 1762, the Virginia legislature chartered Mecklenburg as a town with Shepherd as sole trustee and in 1764 Shepherd started transferring the lots to individual owners as long as they constructed a house on the lot. After the American Revolution, Mecklenburg was officially renamed Shepherdstown to honor founder Thomas Shepherd.

Sometime in the nineteenth century the mill was updated with new milling technology which is reflected in the current structure and equipment. The wooden wheel was replaced by the 40-foot iron I-X-L Overshoot Water Wheel from the Fitz Water Wheel Company currently in place. This increased the capacity of the mill and the interior equipment was likely changed to a system of roller mills. This would explain why the additional third wooden story was added, possibly around 1880; the additional space was needed to accommodate the new machinery. The iron wheel was originally located 100 yards downstream but was moved to its current location sometime around 1900.

Shepherd’s Mill was leased to Luther Thompson, Jr. in 1923; he restored the water wheel for a cost of around $2,000 and operated the mill until 1939. This was the last time the mill was used for its original purpose and it was then converted into a unique residential space. The mill and adjacent brick house (built in 1759 by Abraham Shepherd) were purchased by Silas Starry, then mayor of Shepherdstown, in 1954. He restored the house between 1961 and 1967, with the only major alteration being the addition of a modern kitchen to replace the original basement kitchen. Starry owned the home and mill when they were placed on the National Register of Historic Places in 1971. According to family members, the mill was then purchased in 1973 by Ira & Nancy Glackens who fully restored the mill building. Their caretaker, Patrinka Kelch, inherited the property from the Glackens in 1990. At her death in 2015, the property was sold to another private owner.