204 E German St, opposite the Gray Lodge. A log cabin owned by Martin Entler housed a tavern on this site as early as 1769. In 1781 Cornelius Wynkoop acquired the tavern. Here, some alleged, steamboat builder John Fitch stayed while spying on James Rumsey’s experiments. Wynkoop erected the present brick structure c.1791. During the early 19th century it became a fashionable stopover place for visitors. Six generations of one family—with different surnames—occupied the house from 1800 to 1986. Among them were Selby, Hamtramck, and Billmyer. Notable among the residents was Col. John Francis Hamtramck, a West Point graduate who commanded a volunteer regiment in the Mexican War, helped train local militia units in the antebellum era, and served as town mayor. 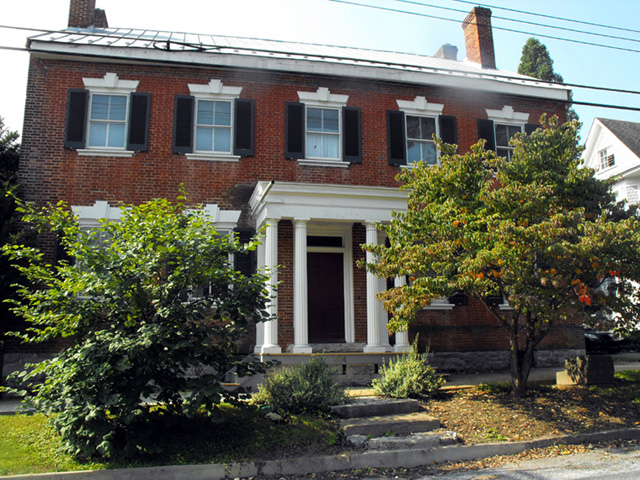