Constructed between 1860 and 1866, Job's Temple in Gilmer County, West Virginia is one of the oldest log churches in West Virginia. Next to it is the Job's Temple Cemetery which has over 122 graves and is the oldest cemetery in the region. The temple is composed of the original logs as well as a tin roof added in 1936. It was added to the National Register of Historic Places in 1979. 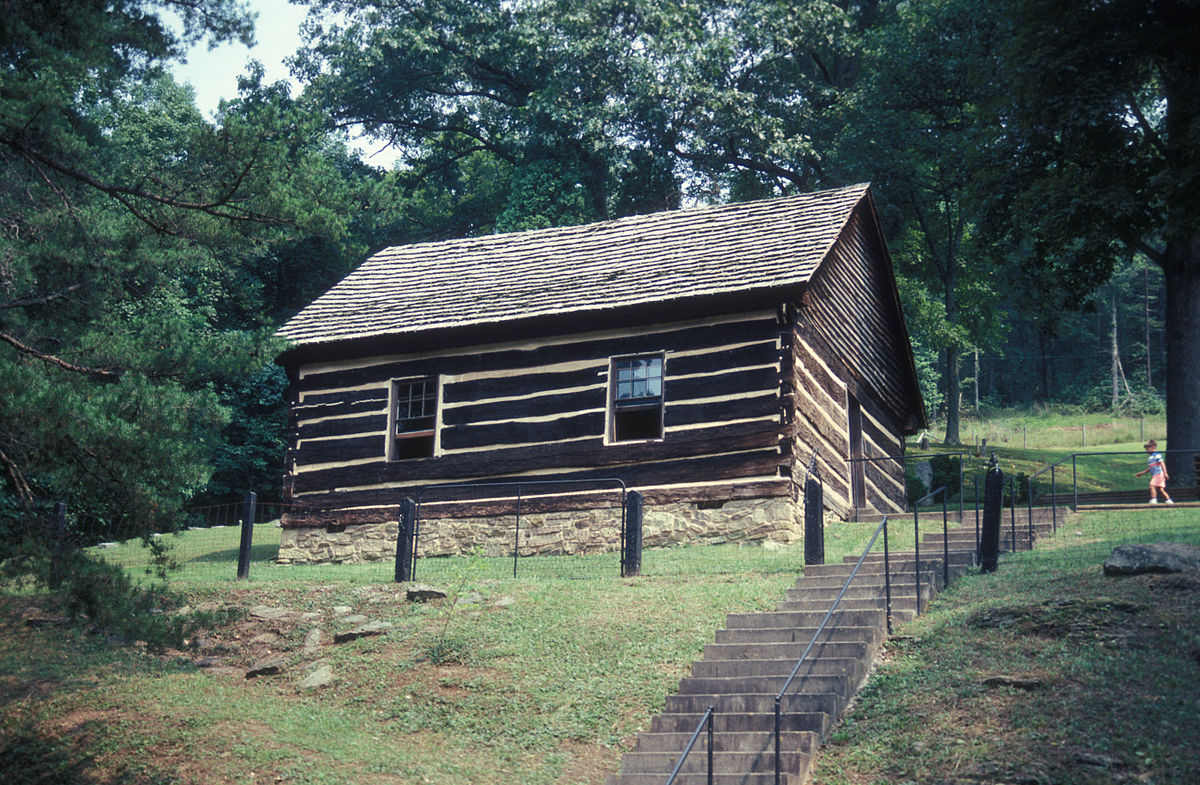 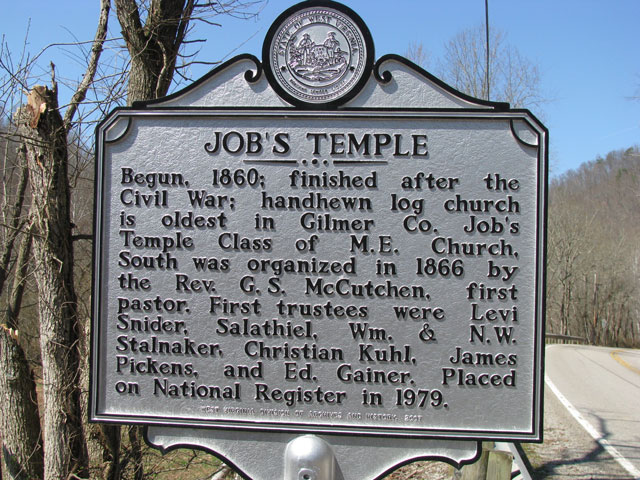 This commemorative plaque was placed in 1951. Image obtained from the Hurr Herald. 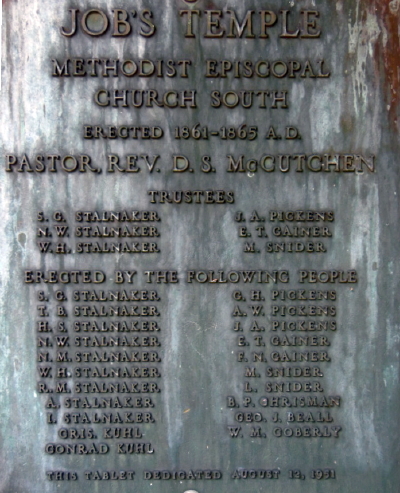 Job's Temple originated in the 1850s when Pisgah Methodist Church split, which was part of a broader split among the Methodist churches over the issue of slavery. Construction began in 1860 but was delayed by the outbreak of the Civil War and was not completed until 1866. It measures 18 feet by 24 feet and is made from poplar logs. Its design is typical of many nineteenth-century Appalachian churches. The temple was named after local church member Job Westfall. It served as the social center and center of worship for the local area, as well as a place of refuge during floods.

The temple was the home of a prominent West Virginia "Singing School" during 1870 to 1890. Services eventually stopped around 1912 and the church was left abandoned, although occasionally a funeral or wedding would be held there. It fell until disrepair until it was restored in 1936. That same year the community began holding an annual Job's Temple Homecoming, which coincides with the West Virginia State Folk Festival.