Ernie Pyle (1900-1945) was best known as a war correspondent and journalist during WWII. Pyle covered both the Europeans and Pacific fronts of the war, and his writings and reports became internationally famous. In addition to writing about the generals and the US army's activities, he would also write about the lives and struggles of soldiers during the war. In 1944, Pyle won the Pulitzer Prize for journalism. In the same year, Pyle urgently wrote for a newspaper column about how military soldiers needed to be paid while in combat. After reading Pyle's piece, Congress passed the Ernie Pyle Bill, which authorized $10 a month extra pay for combat infantrymen. On April 18, 1945, Pyle was ambushed and killed in present-day Iejima, Japan. After Pyle's death, the city of Albuquerque purchased the home where he and his wife, Jerry once lived, and it was preserved as a museum. The Ernie Pyle House and Library became Albuquerque's first branch library. The house was listed on the National Register of Historic Places on September 22, 1997, and it was as designated a National Historic Landmark on September 20, 2006. Today, many people from around the world come and see the large collection of books and Pyle's belongings housed at the property. 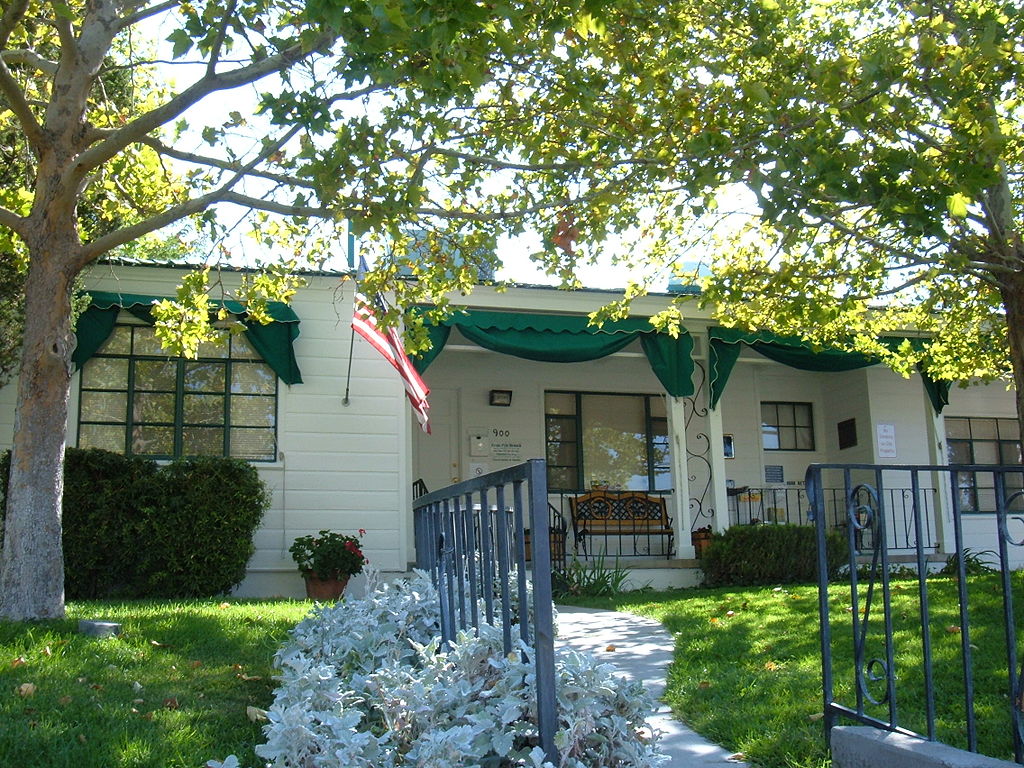 The Man Behind the House: Ernie Pyle 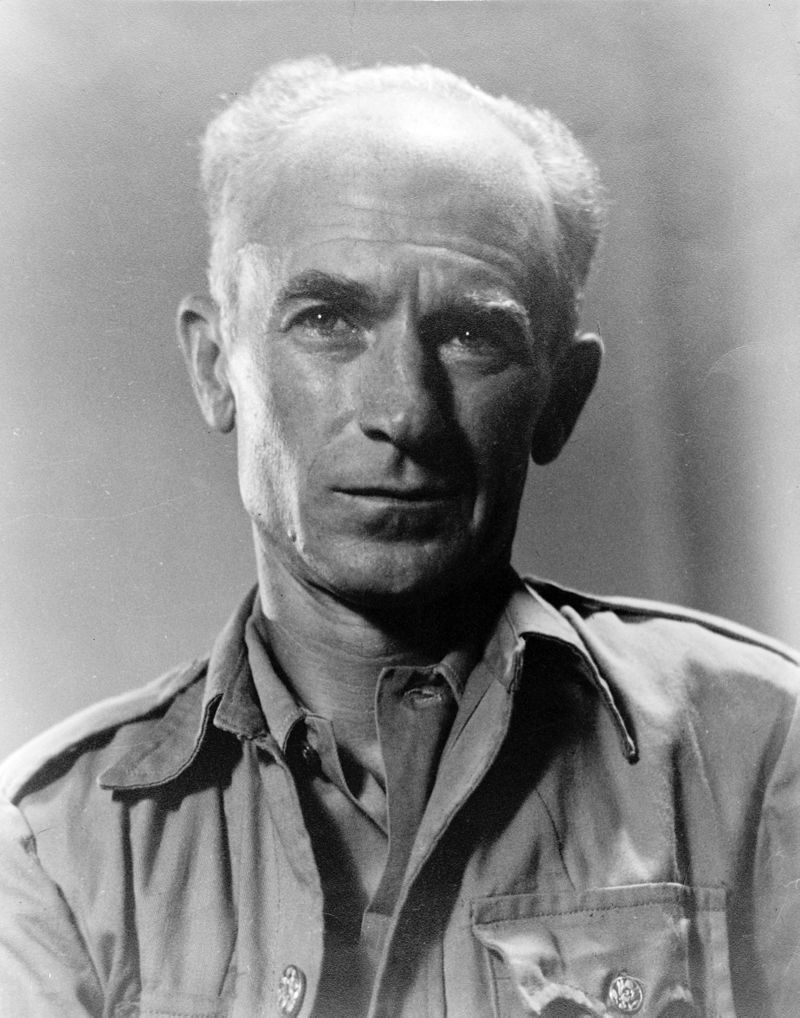 Pyle and his WWII Crew 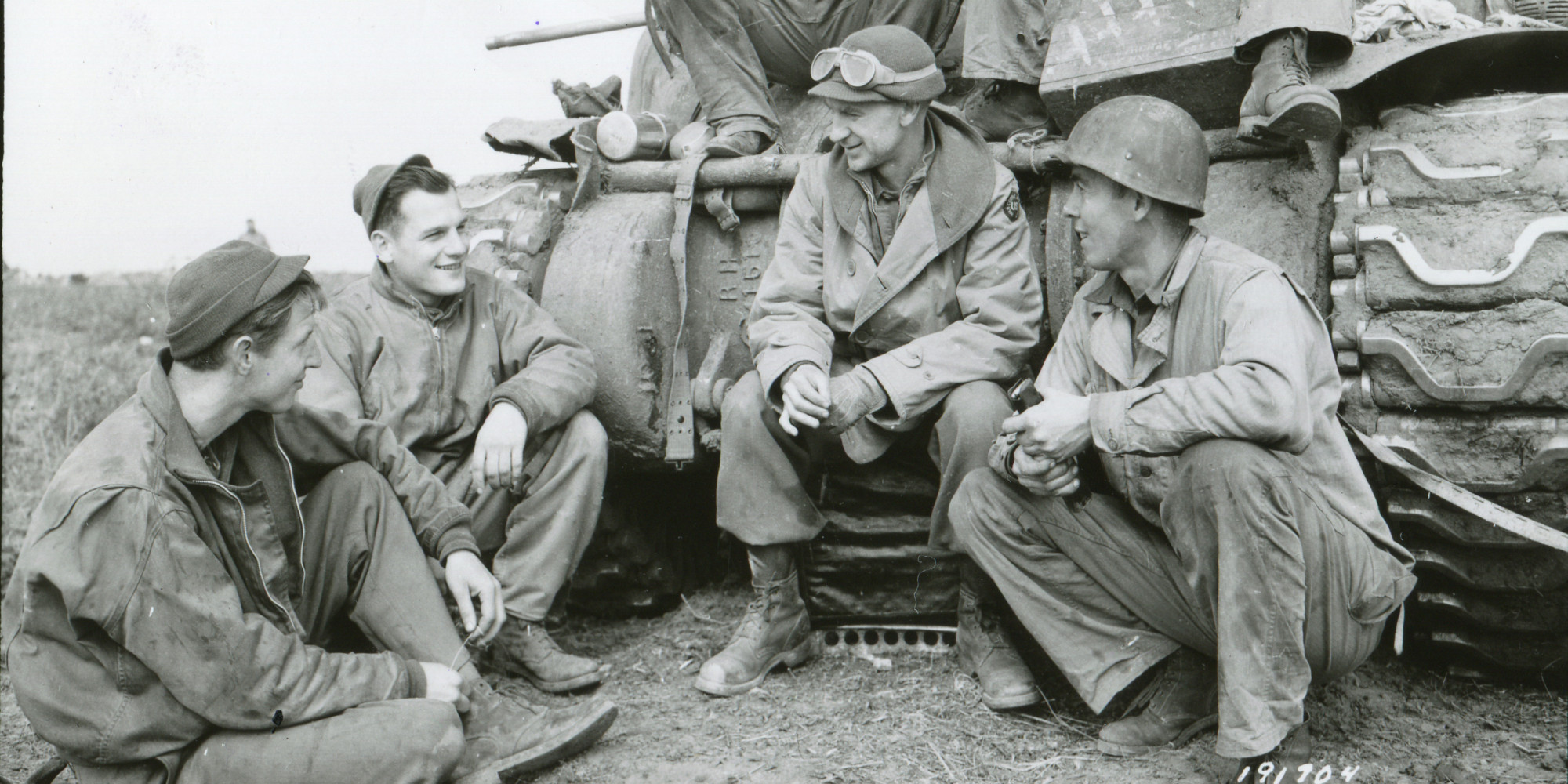 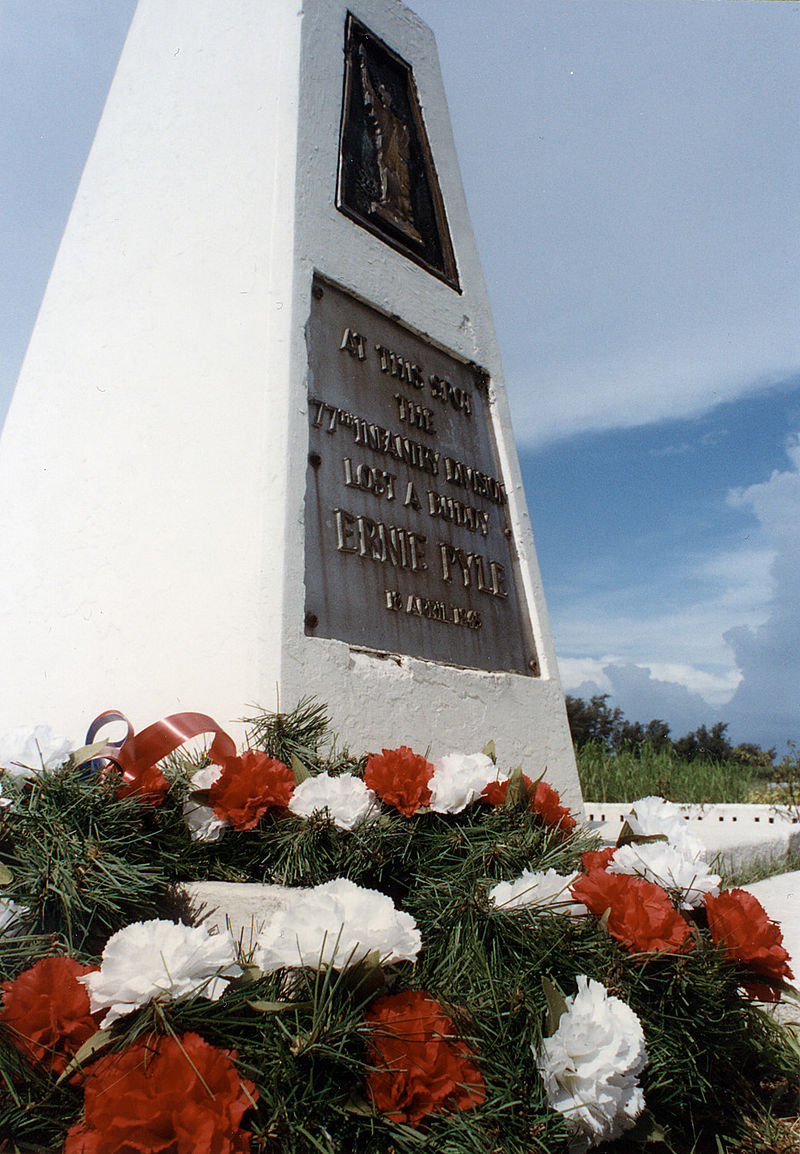 Writing up a Storm: Ernie Pyle in His Study 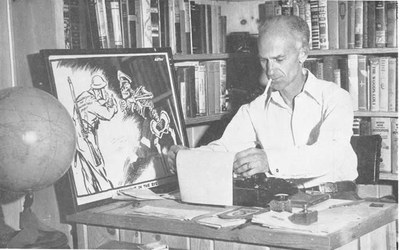 Read All About It: Part of the Pyle House and Library 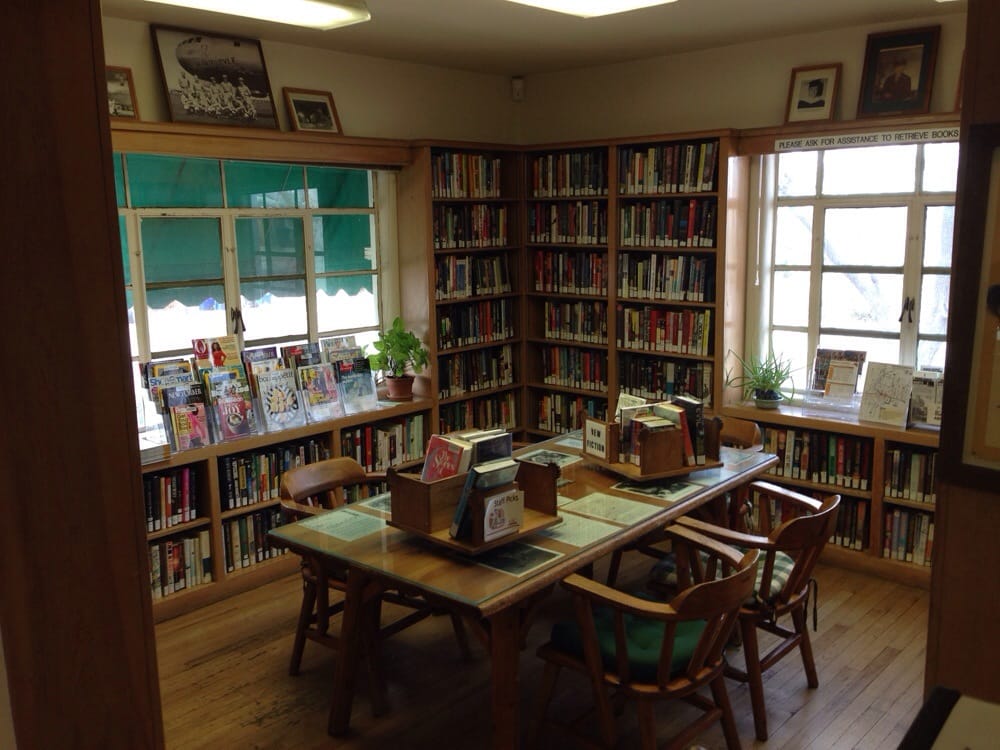 Ernie Pyle was born to William Clyde Pyle and Maria Taylor near Dana, Indiana, on August 3, 1900. After attending local schools, he joined the United States Navy Reserve during World War I at age 17. After the war, Pyle attended Indiana University where edited the Indiana Daily Student newspaper. With only a semester left, he decided to quit school to work at a newspaper in LaPorte, Indiana, and after three months, and then moved to Washington, D.C. to work for the Washington Daily News. While in D.C, Pyle met Geraldine "Jerry" Siebolds, and they married in 1925. In 1932, Pyle was named managing editor for the Washington Daily News, and he served the position on and off again for three years. In 1935, Pyle left the Washington Daily News to write his own national column for the Scripps-Howard Alliance. However, despite his success as a writing, he felt like he did not have enough time for his own writing, and he became dissatisfied with his own writing.

Eventually, Ernie and Jerry moved to Albuquerque, New Mexico where they bought their home in 1940. He continued his daily column until a few months after the United States entered World War II on December 8, 1941.Pyle was drafted into the war where he was a war correspondent. Pyle mostly specialized in combat reporting for both the Pacific and European fronts. In addition to writing about the generals and the army’s activities, he would also write about the common soldier. This led him to gain major popularity, and he eventually won a Pulitzer Prize for journalism in 1944. Pyle’s writings appeared in numerous books and newspapers. One of his most famous pieces is “The Death of Captain Waskow” where he pays tribute to a company commander after he died in combat.

His martial life to Jerry led the couple to divorce in 1942. Jerry was an alcoholic, and she had several mental health issues. The couple eventually remarried by proxy in 1943 while Pyle was in Africa. In addition, war and combat also stressed Pyle, and he relocated to England to cover the story about the Allied landing at Normandy, France. In 1944, Pyle wrote a column urging that soldiers in combat need to get “fight pay” like their airmen counterparts. Eventually, Congress passed a law authorizing $10 a month extra pay for combat infantrymen. The legislation was called the Ernie Pyle Bill. In 1945, Pyle arrived to present-day Ijima, Japan with the US Army 305th Infantry Regiment, 77th Infantry Division. The next day on April 18, 1945, he was shot and killed by Japanese soldiers. After the war, he was buried in a military cemetery in Okinawa, and then his remains were transported to the National Memorial Cemetery of the Pacific in Honolulu, Hawaii. Later, a monument was built in Ijemia in Pyle’s honor. Seven months after Pyle’s death, Jerry died in 1945 from complications of influenza.

After Pyle's death, the city of Albuquerque bought his house and converted it to a museum. The Ernie Pyle House and Library became Albuquerque's first branch library. Today, the Ernie Pyle Library houses a small collection of adult and children's books, as well as Pyle memorabilia and archives. The house was listed on the National Register of Historic Places on September 22, 1997, and it was as designated a National Historic Landmark on September 20, 2006. Although the house is an active branch library, its apearance as a home was carefully preserved. Both the interior room configuration and the landscaping, even the picket fence built by Pyle and the grave marker of his dog, Cheetah, have been preserved. It is visited by thousands of people every year from throughout the world.