Built in 1912 and listed on the National Register of Historic Places, St. Theodosius Cathedral is one of Cleveland's most iconic landmarks. It is home to an Orthodox Christian parish originally founded by Austro-Hungarian immigrants in 1896. Architect Frederick C. Baird designed it in the Neo-Byzantine style and as such, features the distinct elements of the style, most notably the onion domes located at the top of the building. It is considered one of the finest Orthodox Christian churches in the country. Over time, congregants moved to the suburbs and elsewhere in northeast Ohio and established Orthodox parishes. For this reason, St. Theodosius is considered the "mother" church of these other parishes. 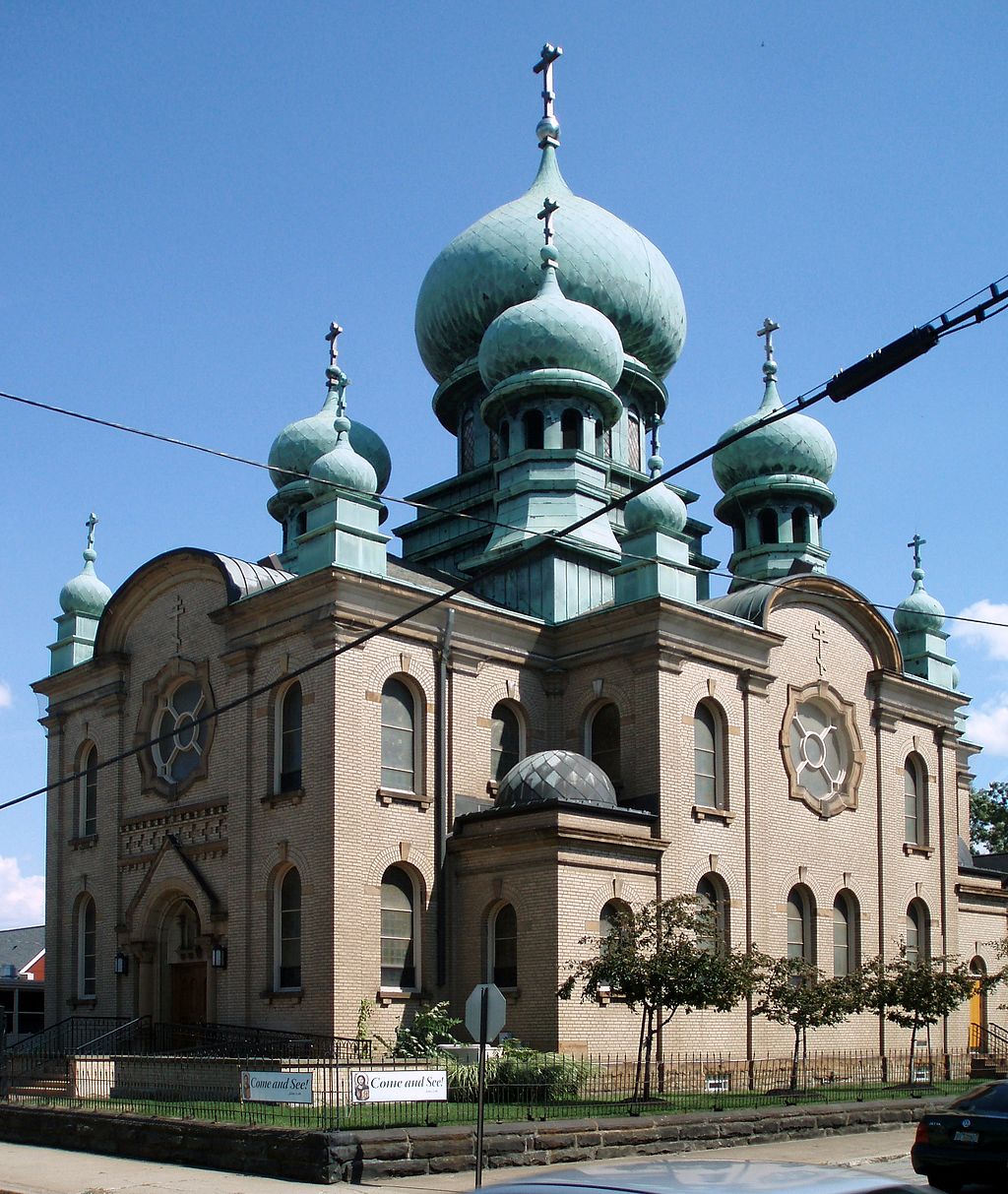 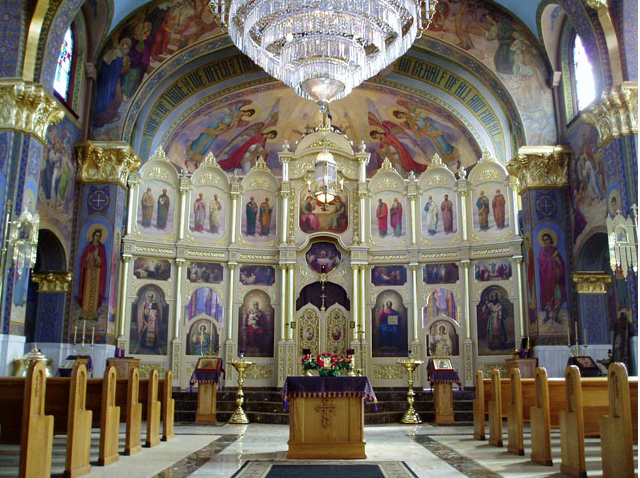 St. Theodosius Cathedral - originally St. Theodosius Russian Orthodox Cathedral (Russian: Собор Святого Феодосия), located in the Tremont neighborhood of Cleveland, was completed in 1912 by Cleveland-based architect Frederick Baird, and opened and consecrated in 1913, and is dedicated to the patron saint St. Theodosius of Chernigov in present-day Ukraine, a monk from the 1600s. The church was built in the Neo-Byzantine style that is associated with Orthodox and other Eastern churches, and is considered to be one of the best representations in the United States of Russian Orthodox architecture. Its 13 copper onion domes represent Jesus Christ and His 12 Apostles.

There is speculation that Czar Nicholas II of Russia provided some funds for the church's construction (it was the first Orthodox church built in Cleveland). The Czar and his family were murdered in the Bolshevik Revolution in 1917. The church is also famous for its appearance in the 1978 film The Deer Hunter starring Robert DeNiro, Christopher Walken, and Meryl Streep; those scenes were filmed in 1977.

The founders of the church had immigrated from Austria-Hungary, what is now western Ukraine, in the late 1890s. The group, called Carpatho-Rusyns, were Greek Catholics, but realigned themselves with the Russian Orthodox Church. The first church structure was built in 1896. By 1902, they had raised enough funds (approximately $30,000) to buy St. John's Convent and the surrounding area. The former convent served as the church, but they decided to build a cathedral in 1911. This third church, which cost $70,000 to build, used features from the Church of Our Savior Jesus Christ in Moscow.

While the church was founded by Carpatho-Rusyns, they ministered to a variety of different groups, including Russians, Greeks, and Syrians. After the Russian Revolution, the church took in Russian émigrés fleeing the Soviets. Among those fleeing the Soviets was clergy member Father Jason Kappanadze, who hailed from what is now Georgia after Soviet rule was imposed on that country. By its 50th anniversary, the church counted 1,200 member families, and many non-Orthodox Clevelanders came to attend its services. By the late 1950s, the church offered services in English alongside Slavonic. It is on the National Register of Historic Places, boasts more than 400 members, and is still open to the public. The cathedral has since dropped the "Russian Orthodox" from its name, indicating that it's open to all.