The Hoskins Mill was built in 1903 and 1904. It was the second mill in the neighborhood then known as Chadwick, and was built at a time when of rapidly increasing textile production in Charlotte. The mill was listed on the National Register of Historic Places in 1988. 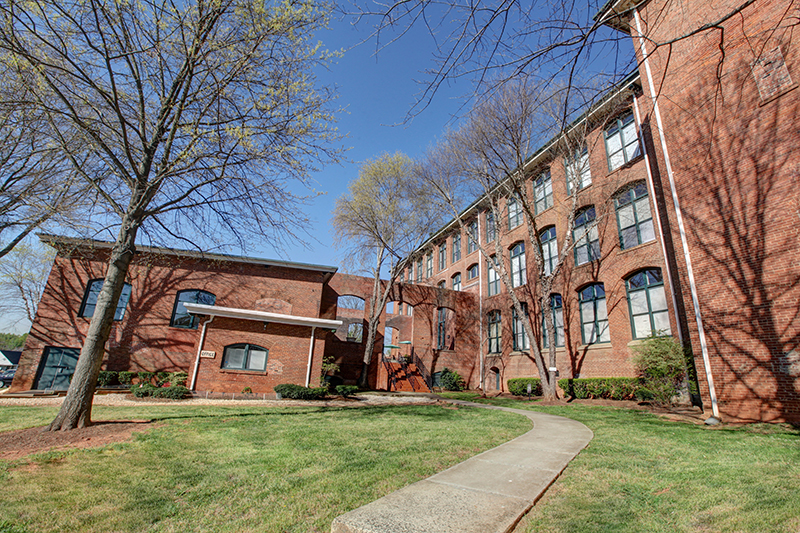 In the late nineteenth and early twentieth centuries, Charlotte was rapidly transforming into a center of textile production. One of the leaders of this transformation was Daniel Augustus Tompkins, who built and operated numerous mills in and around the city. To provide parts to the city's many mills, Tompkins founded the Charlotte Supply Company along with E. A. Smith and R.M. Miller. Tompkins and Miller eventually sold their part of the company to Smith, who then began building his own mills.

Smith's first mill was the Chadwick, which was built roughly three miles northwest of town in 1901. His second mill was the Hoskins Mills, which opened in 1904. Tompkins chose the name because Hoskins was his mother's maiden name. The mill was built along with a mill village for employees, as was typical of many textile mills at the time. The Hoskins Mill had a reputation for being unusually clean and neat.

The Hoskins Mill continued operation until 1985, when part of the interior was damaged by a fire. The mill changed owners several times during its years of operation. The building was used for a time as public housing, but has recently been rehabilitated and is currently used as loft apartments.

The Hoskins Mill building was added to the National Register of Historic Places in 1988.