Invented as a breath mint in 1927, PEZ candy appeared first in Europe and targeted an adult audience. Early PEZ dispensers resembled cigarette lighters or bore images of pinup girls. PEZ expanded to the United States in the 1950s and realized the potential profit in marketing to children. Dispensers changed to feature characters such as Mickey Mouse, Donald Duck, and superheroes. New flavors also emerged: an array of fruit flavors, Cola (in the 1990s), "sourz" (2002), and chocolate (2008). Today, PEZ is sold worldwide in over 80 countries. The Visitor Center in Orange has been open since December 2011. The center allows visitors to take self-guided tours to learn about PEZ's history, observe the production floor, and view the world's largest display of PEZ memorabilia. 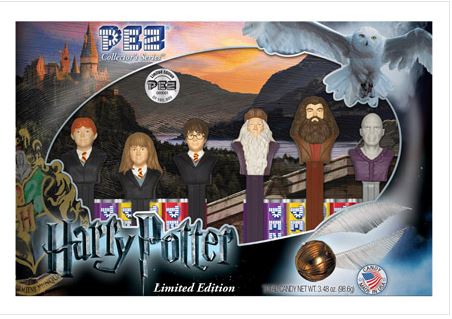 Inside the Visitor Center (PEZ) 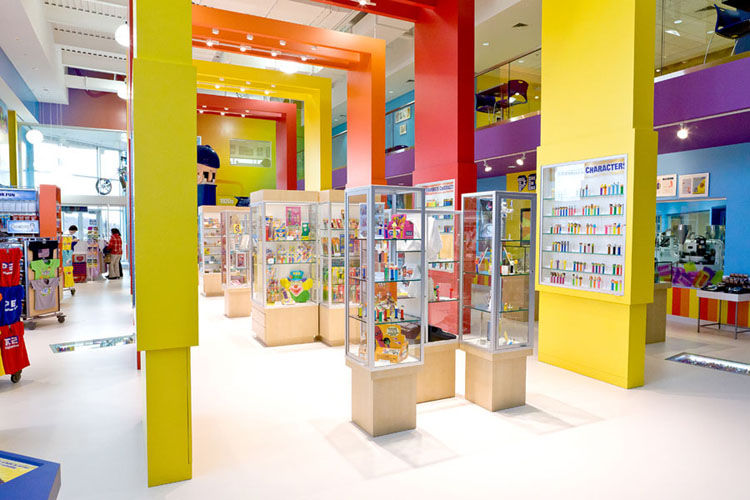 A hot collectible. A pop culture phenomenon. An alternative to smoking. Join us through over 80 years of PEZ mania... ["History of PEZ"].

Vienna, Austria, 1927: PEZ candy was invented by Eduard Haas III in its first incarnation as a breath mint. The "PEZ" name comes from a shortening of the German "Pfefferminz," or "peppermint." Haas's candy was successful, and a PEZ factory opened in Czechoslovakia in 1935 to meet the growing demand.

In 1948, the iconic PEZ dispenser was created by Oscar Uxa in the shape of a cigarette lighter to encourage people to quit smoking and eat PEZ candy instead. During the 1950s, the PEZ company expanded its presence to the United States and increasingly marketed to children by making dispensers shaped like popular characters such as Santa and Popeye. PEZ's US headquarters moved from New York City to Orange, Connecticut in 1974. The company continues to produce new collectible dispensers, such as a Star Wars collector's set in 2005 and a Lord of the Rings collectible set in 2011.