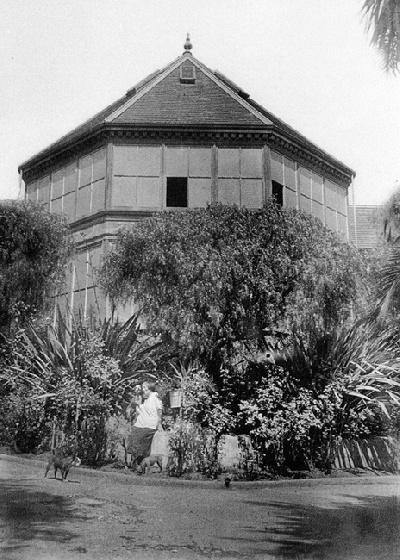 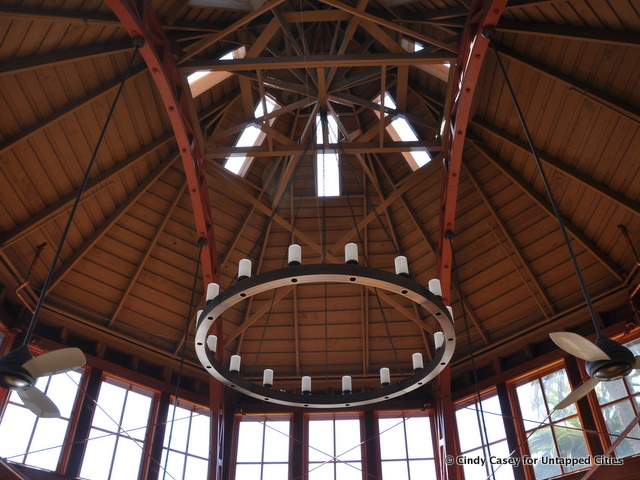 The original story of the Conservatory dates back to October 1891 and streetcar gripman named Charles H. Taylor. He bought the land on which the conservatory now stand built a house for himself and his wife on what is today 258 Monterey Boulevard. The Taylors sold the property to William A. Merralls in 1898.

Merralls was a British immigrant who came to San Francisco to use his engineering knowledge to make some money in the mining industry. He was a prolific inventor and is responsible for creating a new gasoline engine to power mining equipment, a cooling system for subways, a self-propelled balloon aircraft, and later, founded an aircraft company that produced biplanes from his own designs.

The Sunnyside Conservatory was another of Merralls' inventions. His aim was to make it a magical place: he installed concrete walkways, landscaped the grounds, planted trees inside the building, and added an observatory tower to the house. The Conservatory also had original skylights, bentwood arches, as well as an interior trimmed with salvaged redwood from Sonoma.

Merralls was sadly killed in 1914 when a train rounded a blind corner and struck him. He had been going through some financial trouble, and following his death, the bank foreclosed on his properties. By 1919 the bank had found a buyer for the mortgage, Ernest Van Beck and his wife. The Van Becks were somewhat reclusive but were nevertheless well-known members of the Sunnyside community. In addition to restoring the conservatory and grounds, Van Beck was an active businessman who reportedly gained and lost fortunes in the gold mining and bottled mineral water enterprises.