The O’Bannon house is a two story Classic Box house that cost $7,800 to build. The house also has elements of Queen Anne Revival in its tower, stained glass, and veranda. The house was originally a cream color with brown trim, red roof, and green shutters. The O’Bannon house and the surrounding homestead was built by a Mennonite carpenter by the name of Christian King. The original owner of the O’Bannon House was Richard O’Bannon. Richard O’Bannon was a Civil War veteran who served in the Union Army. In 1833, he purchased 500 acres of land from his father, Algernon Sidney O’Bannon, to start his own farm. Richard O’Bannon had the O’Bannon Homestead built on this land between 1893 and 1898. The family lived on the farm until 1912 after which they moved to Holden, Missouri. 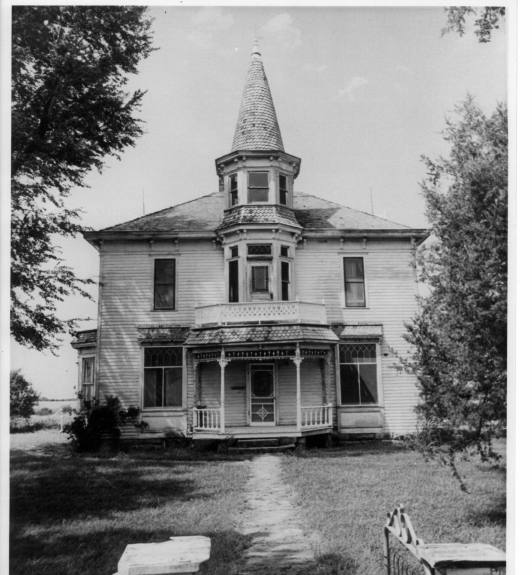