Haun's Mill was the site of the deadliest event of the 1838 Mormon War, the infamous Haun's Mill Massacre. At this location on October 30, 1838, an unauthorized force of militia with 240 soldiers surprised and surrounded a settlement of LDS Church members. Despite signalling their intent to surrender rather than fight, the militia fired into a Blacksmith shop that had become something of a garrison and was occupied by Mormon men who had previously made efforts to defend their settlement against the increasingly hostile non-Mormons in this part of Missouri. The massacre was the bloodiest chapter in the 1838 Mormon War which ended with the arrest of Joseph Smith and an agreement by church members to leave the state of Missouri. The mill was built on Shoal Creek between 1835 and 1836 and actually owned by a man named Hawn, but has long been known as "Haun's Creek." 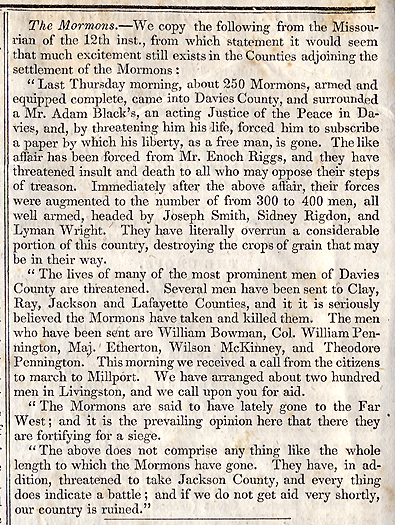 Headquarters of the Militia, City of Jefferson, Oct. 27, 1838. General John B. Clark: Sir Since the order of this morning to you, directing you to cause four hundred mounted men to be raised within your division 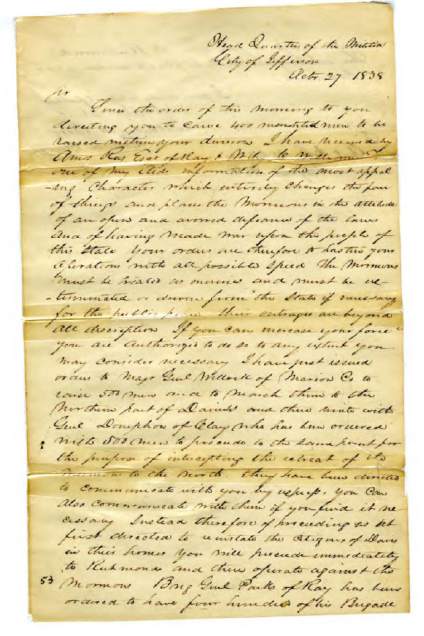 Jacob Hawn established the mill between 1835-1836. By October 1838, an estimated 75 families lived here in a dozen houses with one Blacksmith shop. 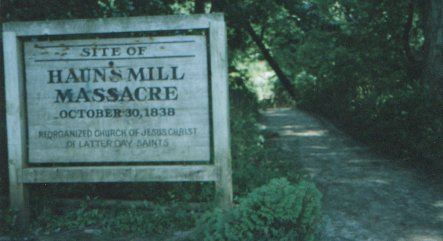 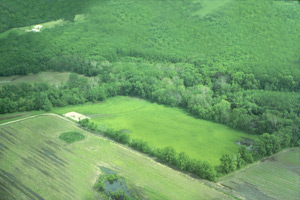 Shoal Creek bordering the site at Haun's Mill. Mormon leaders asked for quarter. This request fell upon deaf ears and villagers fled across this creek including many women and children. 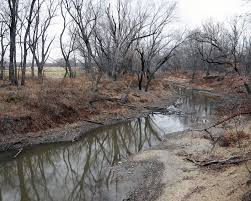 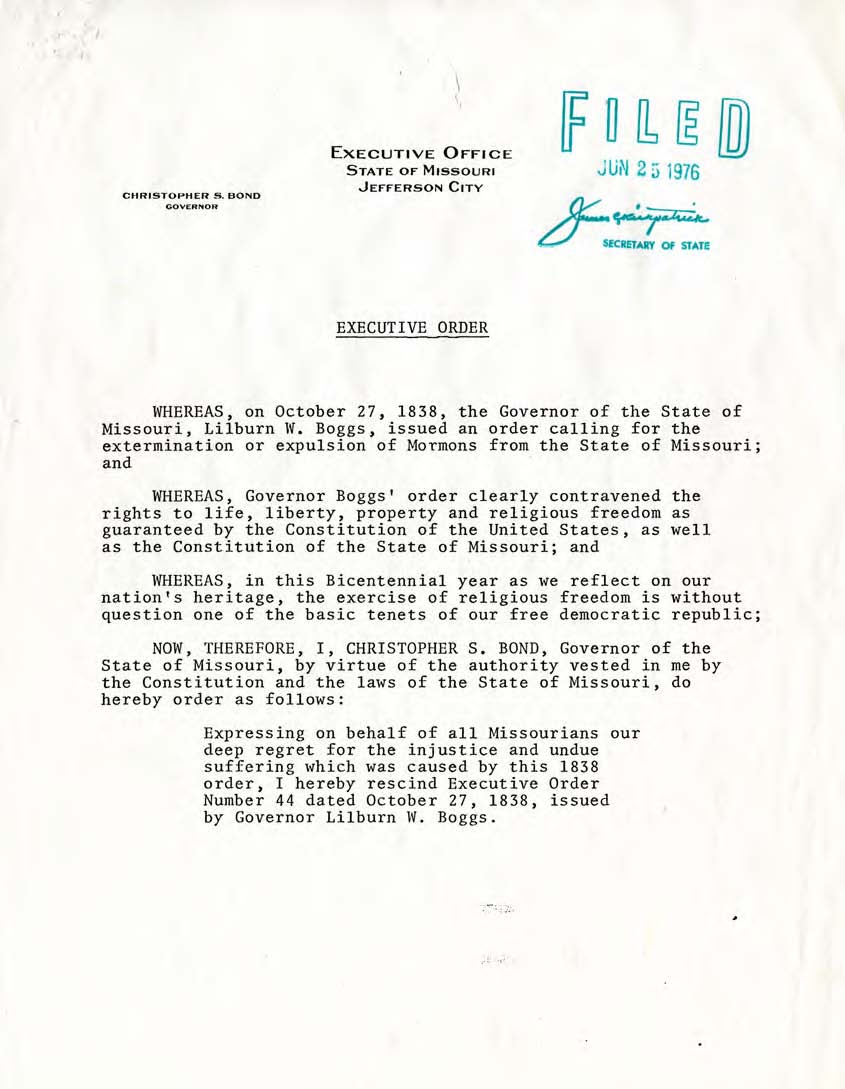 Joseph Smith and his converts in New York decided to move westward in 1831 in hopes of moving to Zion. This newly formed group of Mormons moved to Kirtland, Ohio. The population in Kirtland swelled with approximately 2,000 being Mormon converts but soon the church members were forced out of this area by local mobs. Tensions between Mormon settlers later began in 1833 around Independence. Local Missouri residents started to resent the new settlers because of the number of newcomers.

Many Mormons fled out of Jackson County to the surrounding counties of LaFayette and Van Buren, however, the majority went north across the Missouri River to Clay County in Liberty. The locals initially gave the fleeing Mormons some help. Members of the LDS church arrived in large numbers in this part of Missouri in 1838, leading many non-Mormon residents to fear that the church would soon control the politics and economy of the area. The bill to establish the new counties was introduced by Missouri legislator Alexander Doniphan who was friendly with the Mormons. The settlement of Far West along Shoal Creek was approximately 12 miles from Haun’s Mill.

In 1838, Mormon populations grew to over 5,000 in Caldwell County and Joseph Smith led settlers north to Daviess County in order to help the incoming settlers from the Ohio division of the church.

The massacre at Haun's Mill was the high water mark of the Missouri Mormon War of 1838. The massacre occurred after the Governor Lilburn Boggs issued Missouri Executive Order 44, known as the Mormon Extermination Order. Finally, the aftermath of Haun's Mill Massacre and the capture of Joseph Smith and the migration of Mormons to Nauvoo, Illinois.