This is the future site of the Silent Heroes of the Cold War Monument. The purpose of this monument is to honor those who worked in secret to help the United States during their struggles to win the Cold War. The idea for this monument came from a former Boy Scout who felt compelled to research the crash that had always been so secret. Several hikes to the crash site over the years made his resolve for the monument even stronger. Although not fully constructed, this area will serve as the future site of a memorial dedicated to those who served in secret to help the U.S., and honor those who fell during this time of crisis, with a special dedication to those who perished during an USAF Military Air Transport Service plane crash in 1955. 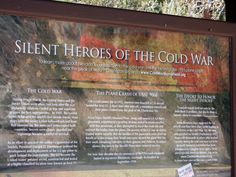 Map of plans for site of Silent Heroes of the Cold War National Monument. 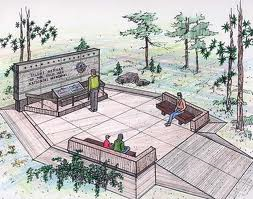 Remnants of the crash. 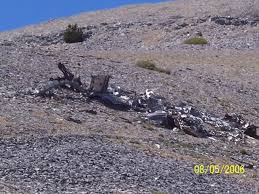 One of the key motivations for constructing this National Memorial was an event that happened on November 17, 1955. At 7:25 a.m. that morning, a USAF Military Air Transport Service aircraft departed from Burbank, California with an air force crew, engineers, CIA personnel and scientists all aboard and heading for Watertown, now known as Area 51.

At 8:40 a.m. however, the aircraft was reported missing. The full, unabridged story of the fourteen men aboard and the U2 reconnaissance plane they assisted building remained as classified information for well over forty years. Also classified as top-secret information was the personal account of the brave men who risked their lives while traversing subzero temperatures at 11,500 feet to attempt a rescue on Mount Charleston. To this day, pieces of the wreckage are still visible on the mountainside.

Now, after four decades, the time has finally come to tell the world about one of the most fascinating stories of the Cold War. With this future monument, we honor these men and the hundreds of other individuals who have worked hard in secrecy during the Cold War, many of whom have sacrificed everything for our freedom today.